Instagram caught a lot of flak for its rebranding last week, but it’s only the most recent in a string of companies that have gone through brand makeovers. Uber, Airbnb, and Yahoo each debuted new brand identities in the last couple years that were widely lampooned.

The biggest rebranding cautionary tales remain Tropicana in 2009, which backtracked after sales dropped by 20%, and Gap in 2010, which reverted to its old logo after just 6 days of criticism.

What cracks me up the most about rebranding efforts is the self-indulgent way that brand teams can articulate what went into them. They often put together overly intellectual and ridiculously complex justifications for even minor elements of a brand redesign. They get swept away by their own hyperbole.

My favorite example of a brand “waxing poetic” to introduce a new identity is Uber and their “Bits and Atoms” manifesto.

“For Uber, the bit represents our technology. It’s complex, precise, and advanced. But when it’s expressed, it’s effortless and refined…

“And if you think the bit is a big deal, consider the atom. Born 13.8 billion years ago, the atom is responsible for everything. From the BLT … to moms everywhere … to New York City. And for us, the atom signifies our rapidly improving cities, the goods we move from place to place, and most important, the people we serve…

“Until a few short years ago, atoms and bits existed in entirely different worlds. But then, something happened.

“What if we brought these two worlds together?

Uber CEO Travis Kalanick described the logotype as “at once more grounded and elevated.” Whatever that means.

Rebranding efforts sometimes read like “The Emperor’s New Clothes.” The brand team rhapsodizes about all that went into it, without seeming to realize when it misses the basics.

I’d love to hear your thoughts on what to keep in mind when considering a rebranding exercise.

Here’s another cartoon I drew on rebranding a couple years ago. 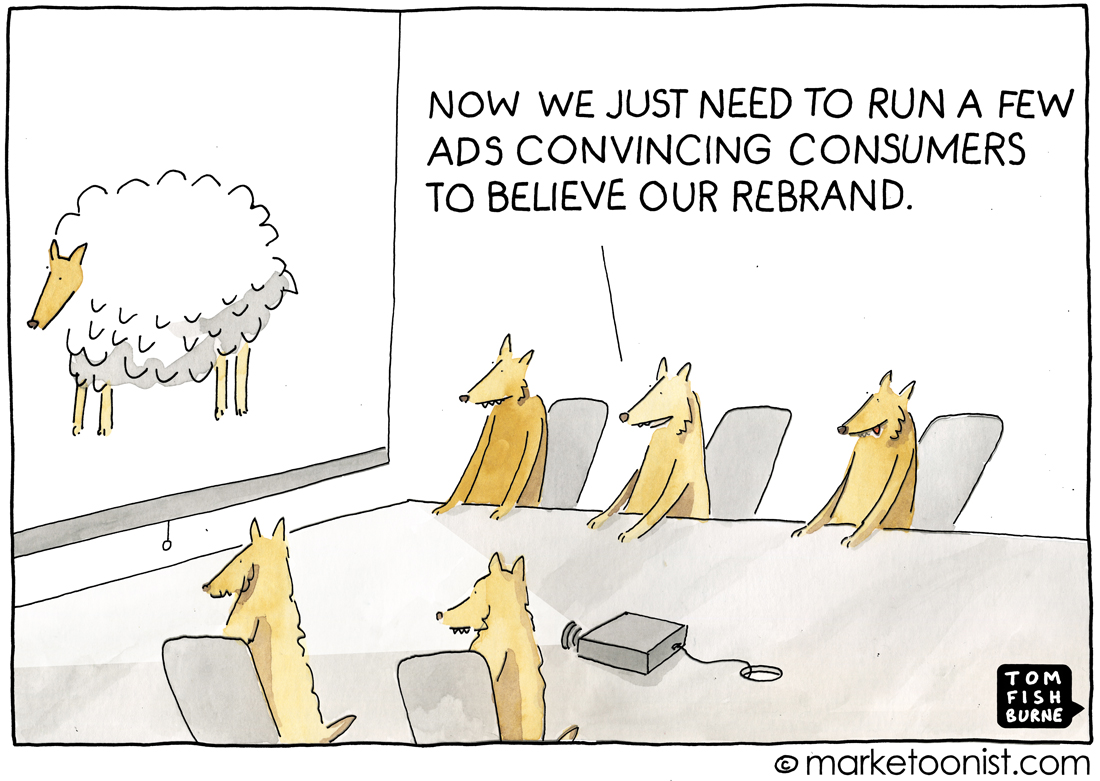 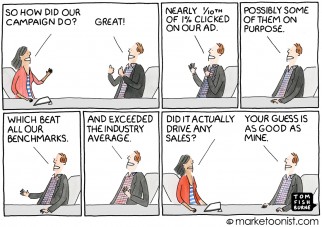 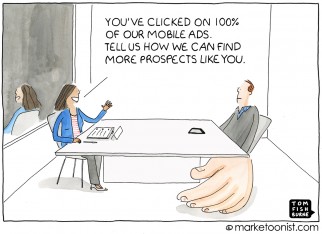