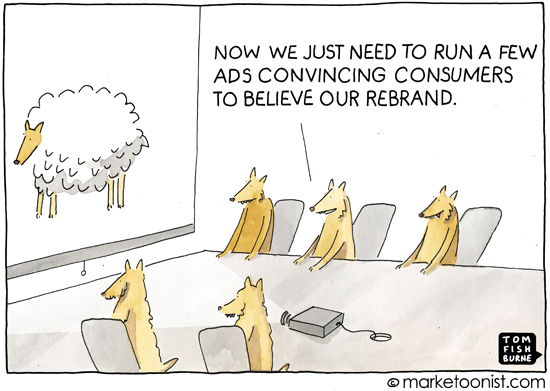 Brand teams are quick to rebrand when they hit a rough patch. But they sometimes forget that a brand is more than a company name, logo, tagline, or ad creative. And that a shiny new brand identity won’t automatically solve all of the problems of the business.

The marketing world is littered with failed rebranding initiatives (from the Gap to Tropicana) that illustrate one simple truth about branding. A company doesn’t own a brand. It’s consumers do. Giving a brand a new coat of paint (or dressing it in sheep’s clothing) won’t change consumers feelings and expectations of a brand.

The RadioShack brand has been fascinating to watch over the last five years. If ever a brand needed a rebrand, it’s RadioShack. The Onion wrote a funny piece a few years ago titled, “Even CEO Can’t Figure Out How RadioShack Still In Business”, which included these funny, but telling, quotes:

“Even the name ‘RadioShack’—can you imagine two less appealing words placed next to one another? What is that, some kind of World War II terminology? Are ham radio operators still around, even? Aren’t we in the digital age?

“Every location is full of bizarre adapters, random chargers, and old boom boxes, and some sales guy is constantly hovering over you. It’s like walking into your grandpa’s basement. You always expect to see something cool, but it never delivers”

RadioShack is a tale of two rebranding initiatives. In 2009, they tried to force a new colloquial nickname, “The Shack” on the same tired old store. They put much of their $200mm ad budget that year into TV and digital ads to introduce The Shack. It wasn’t based on any consumer insight. No consumers called RadioShack “The Shack”. And they didn’t change their inventory or the stores themselves. It was a huge flop and the stock has lost 95% of its value in the past 7 years. 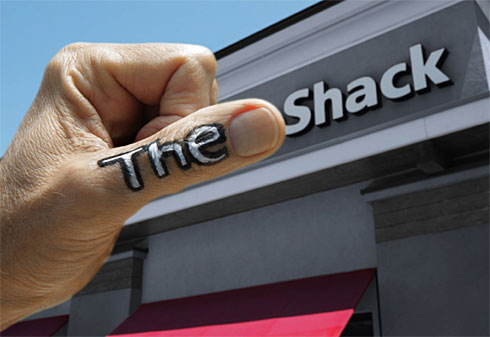 This year, they’re trying something new, rebranding while staying true to its roots. Their CMO Jennifer Warren shared a little detail in a recent FastCompany article called “How RadioShack Got Its Groove Back”:

“When we started talking to customers to see how to remake RadioShack, what we discovered was whether they loved us or hated us, they still had a lot of passion for the brand. For the people who hated it when RadioShack started focusing on smartphones, they still had positive memories of RadioShack from the ’80s as this place where inventors and makers got their start.”

RadioShack is taking advantage of the maker movement to re-concept stores around their maker heritage — with 3-D printers, robot sets, and meeting space for DIY types. So far, this is primarily revealed in a few concept stores (and last year’s Superbowl ad, “The 80s Called; They Want Their Store Back”), but it will be interesting to see how the rebrand continues to unfold over the next year. This time, they’re not trying to be something they’re not. 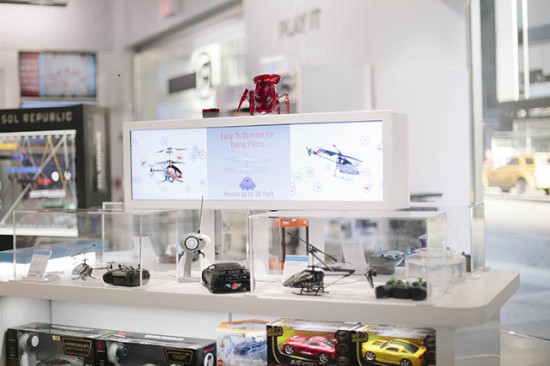 “Historically, RadioShack has been the MacGyver for MacGyvers, the place where makers who know how to do 80 percent of what they want to accomplish go to get the next 20 percent. So that’s what we’re trying to get back to. The only difference is that everyone is a MacGyver now, which means we’ve got to step up our game.”

I’d love to hear your thoughts on RadioShack and rebranding in general. 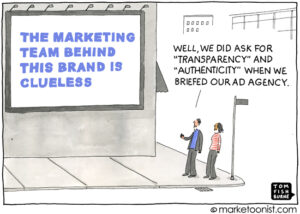 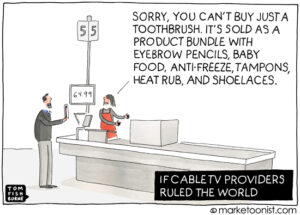