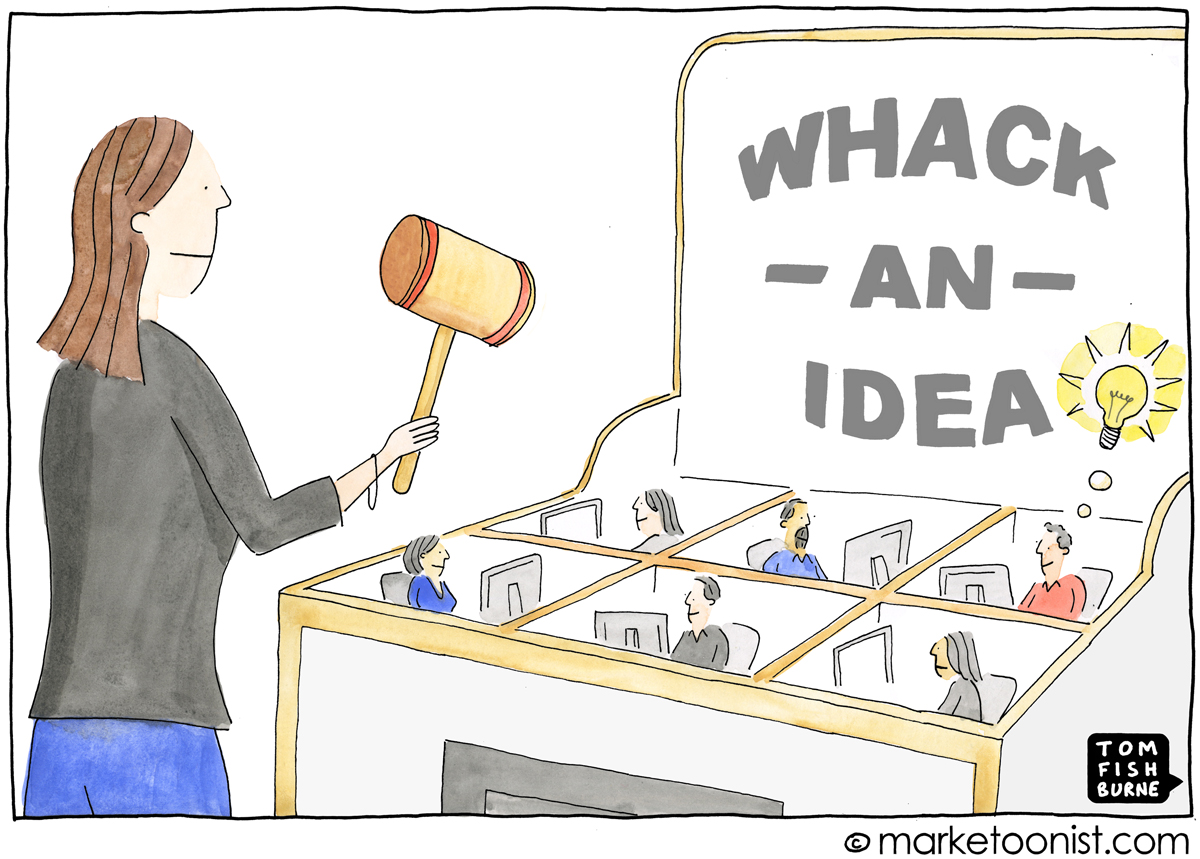 I first played around with this cartoon idea nearly a decade ago and decided to redraw for a conference in Amsterdam last week.

Organizations are designed to minimized risk. It’s in their DNA. Organizations develop all sorts of antibodies to neutralize threats to the status quo. A natural byproduct is that it can be hard to introduce unconventional ideas.

As part of my Amsterdam talk and last week’s Culture of Innovation cartoon, I’ve been thinking about creative ways to bring ideas to life in this type of risk-averse environment.

I once met an entrepreneur named Mohammad Al-Ubaydli who was trying introduce a new technology idea to hospital systems. Hospitals are notoriously and understandably risk averse, and he struggled to get his idea to take off.

He finally found success through a concept he called “Trojan Mice”. Rather than pitch the idea from the top-down, he broke up the idea into small experiments to drive adoption from the bottom-up. These “Trojan Mice” would then slip under the door of an organization and grow.

Jackie Mahendra recently expanded on the idea of Trojan Mice in the Stanford Social Innovation Review:

“One way to do that––to make risk more approachable––is to run small tests. To build something that isn’t necessarily grand, but rather light, lean, and quick—experiments that we can send off nimbly through the gates and learn from, regardless of what returns.

“A Trojan Mouse instead of a Trojan Horse. Unlike a Trojan Horse, a Trojan Mouse’s job isn’t to win the war all at once; its job is to test the waters and inform future tactics. Because there are many mice rushing the gates, it’s also more likely that some of these tests will come back…

“While we cannot expect every Trojan Mouse we send out across the gates to come back a success worthy of scaling up, we also know that we can learn just as much from those that fail to grow as those … that grow beyond our initial hopes. The result of sustained investment in risk-taking infrastructure will be healthy soil in which the best ideas can take root and grow.” 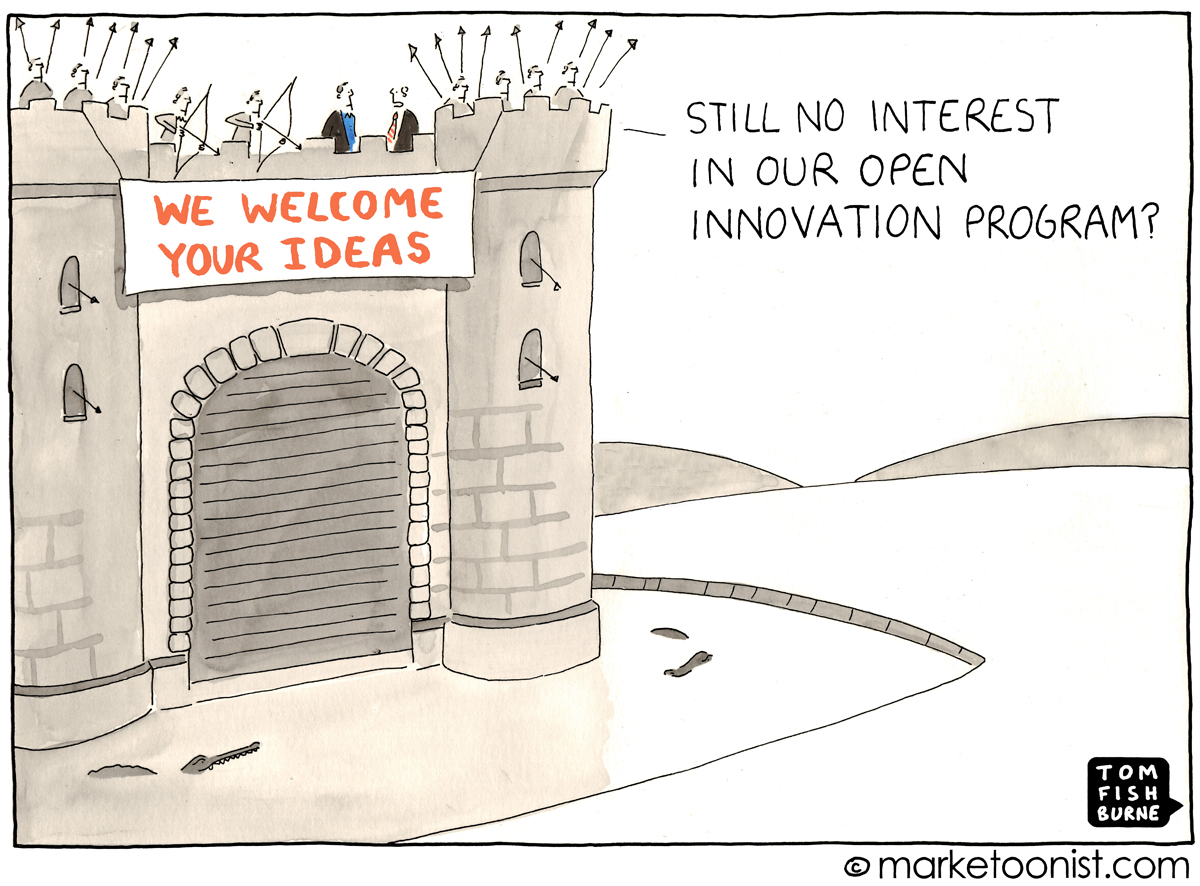 “Innovation That Lays the Golden Eggs” May 2011 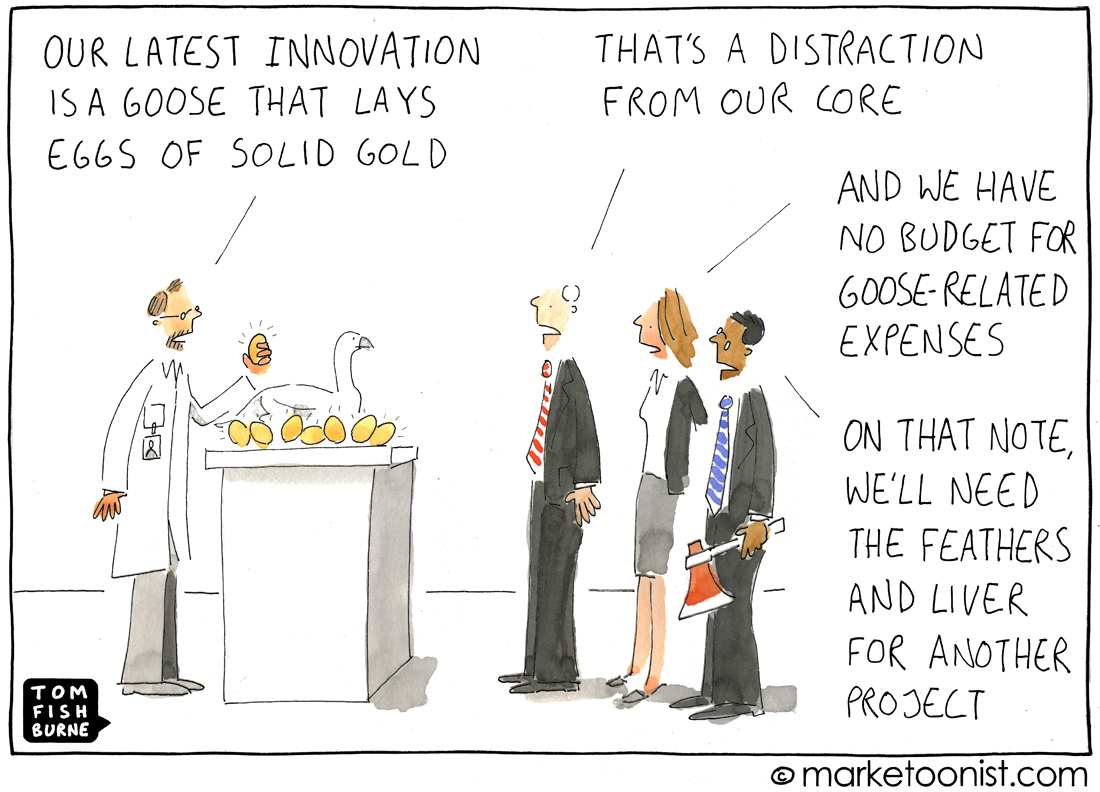 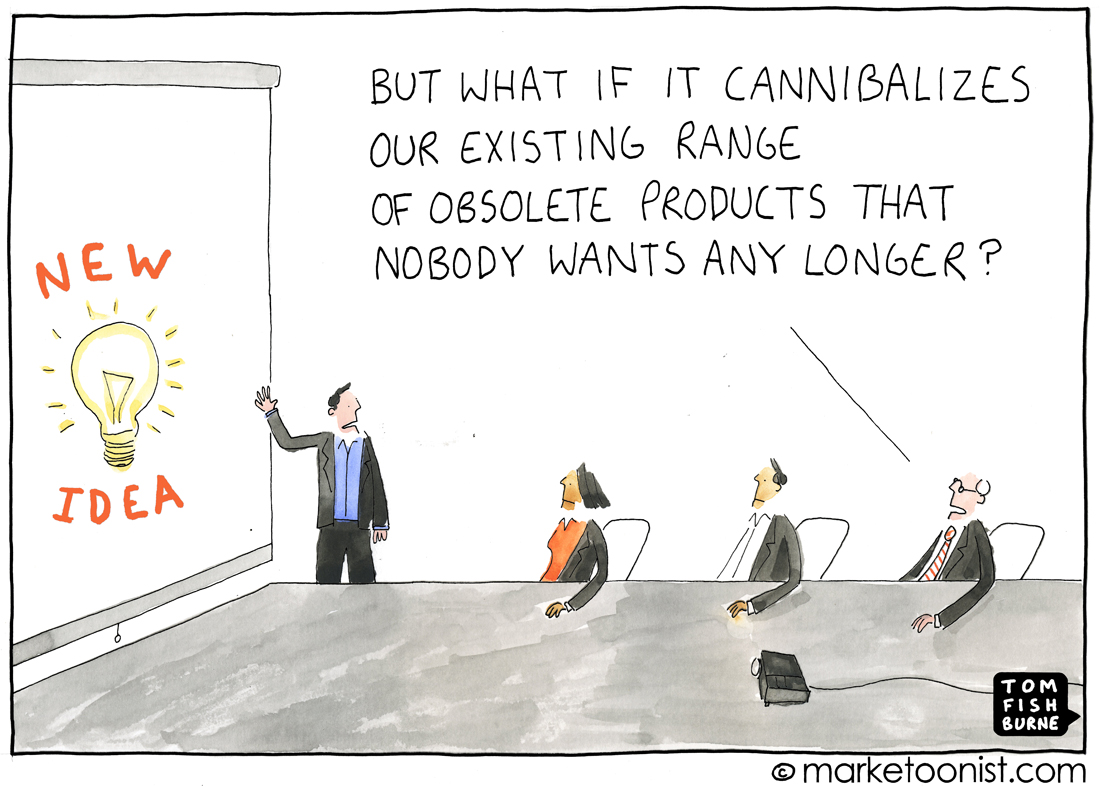 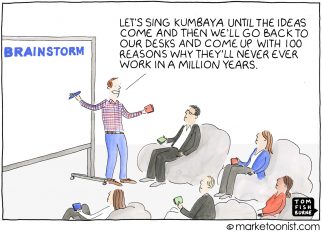 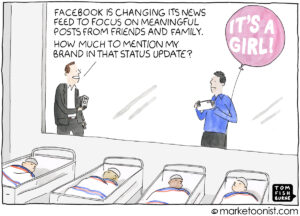