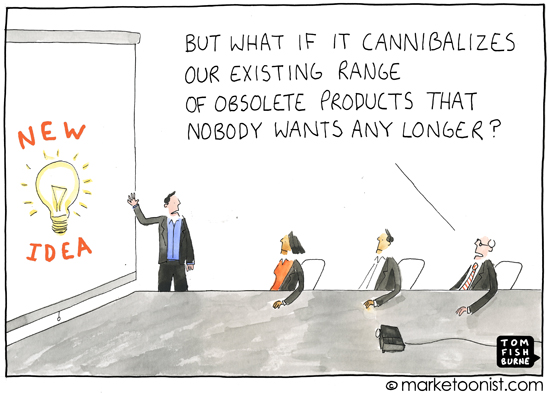 “If you don’t cannibalize yourself, someone else will,” Steve Jobs famously said.

Cannibalization risk is a major factor in evaluating innovation. No product is 100% incremental so we have to decide whether new products will more than offset the sales loss of what’s already on the shelf. What’s often left out of the equation though is the risk of our current products becoming obsolete no matter what we do.

Kodak invented the first digital camera in 1975, over a decade before the first high-resolution digital camera was on the market. At the time, the Kodak film business was highly popular and profitable. This was two years after Paul Simon sang “Mamma don’t take my Kodachrome away”. Why would Kodak ever want to jeopardize that cash cow?

In the thirty plus years after inventing the first digital camera, Kodak resisted the shift from analog to digital at every turn. That strategy culminated in Kodak’s Chapter 11 filing earlier this year.

Apple has always preached creative destruction. Imagine the cannibalization analysis to launch the first iPhone when you have a phenomenally successful iPod already in the market. But that decision kept Apple ahead of the game.

Ultimately we can’t treat any of our products as sacred because our competitors surely won’t. If we want our products to succeed, sometimes we have to risk sacrificing them. 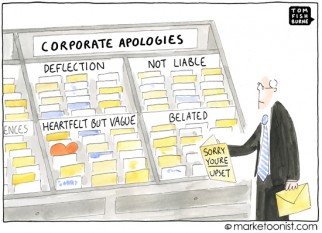 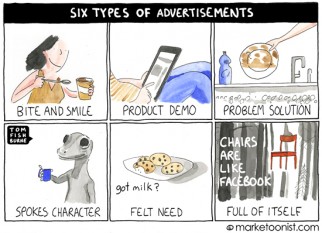