I was struck by a recent NY Times article on the challenges of group creativity: “The Rise of the New Groupthink“:

“Decades of research show that individuals almost always perform better than groups in both quality and quantity, and group performance gets worse as group size increases … The reasons brainstorming fails are instructive for other forms of group work too. People in groups tend to sit back and let others do the work; they instinctively mimic others’ opinions and lose sight of their own; and, often succumb to peer pressure.”

However groups and teams can also make ideas a lot stronger. The best ideas are the sum of many diverse parts and perspectives.

The answer I think is to allow for different styles of creativity. Some prefer quiet reflection. Others thrive in chaotic groups sessions. I once heard former Goodby planner Pam Scott give a talk on six distinct archetypes of creativity, ranging from “still-mind intuitive” to “editor”. The trick of the organization is to recognize that everyone expresses creativity differently and to figure out the right environment to get the most out of all six archetypes, sometimes in a group session, sometimes alone. We are all creative, even if we show that creativity in different ways.

The greater issue that I see in group creativity is the nature of groups to be critical rather than creative. Unless a group is holding a cordoned brainstorm, the tendency is to look at reasons why ideas can’t work, rather than why they can.

I’m giving a talk on this dynamic this week in Los Angeles at a Deutsch/Brainjuicer conference on Invention. My main message to the attendees is the importance of creativity in execution, long after the brainstorm is over. That’s when creativity is most needed.

We shouldn’t let our creative teams turn into committees. 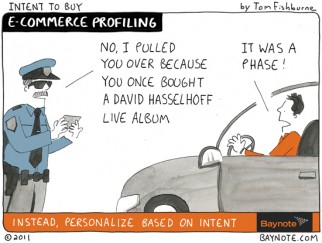