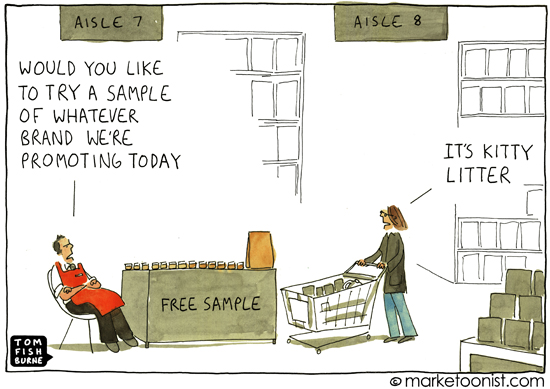 How we execute matters a lot more than which tactics we execute.

A few years ago, I helped launch the method brand in the UK. We thought sampling would help tell the brand story person-to-person. We soon discovered that most in-store sampling treated all brands the same. The sampling staff did their jobs, but it was obvious that our brand was just one of many. They had sampled oatmeal the day before and were sampling a new potato crisp flavor the next day. We were just the brand du jour.

So we set out to make our sampling remarkable. Instead of the off-the-shelf samplers, we found performance artists looking for extra work in between acting, singing, and dancing gigs (via a brilliant agency called Mash). We trained dozens of performance artists to represent the method brand. They took it as seriously as if they were taking on an acting role.

Grocery chain Tesco wouldn’t let us bring our own samplers, so we focused on DIY retailer Homebase who were more flexible. We even manned a 24-day consumer event called the Ideal Home Show. The performance artists were so persuasive and engaging, we didn’t have to give away free samples. Instead, we sold our products for full price at the stand, ultimately selling enough to cover the cost of the show. It was self-funding marketing.

At one point in the show, I spotted a sampling team for Persil, a competitor brand. They stood in the middle of the hall, frantically stuffing free samples into people’s over-stuffed bags without a word. It became just another free sample, lost in the clutter. Persil’s sampling budget dwarfed ours, but their impact was significantly less. 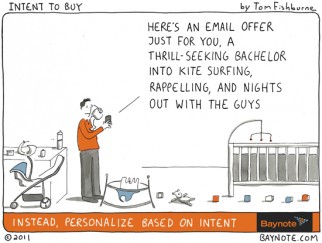 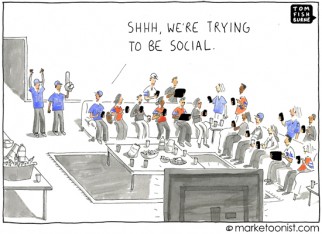