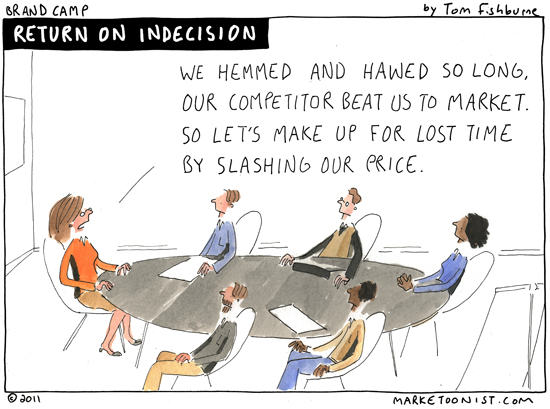 I spent a few days in Vermont last week with Eureka Ranch founder, Doug Hall. At one point, Doug said, “if you’re not meaningfully unique, you better be cheap”.

Any idea that is “meaningfully unique” is inherently risky because by definition you can’t point to a precedent in the market. You have to step into the unknown, which is uncomfortable.

When many companies are faced with the unknown, they freeze. They spend hours debating potential scenarios and are incapable of making the go/no go decision. Sometimes this indecisive period lasts months or longer.

One of my previous managers was king of the debate club method of decision-making. His whole team would war-game scenarios for hours until our craniums hurt and still get no closer to launching our idea. Debate club would reconvene again and again, all while the clock ticked.

Instead of arguing from a conference room table, agree to the biggest areas of risk and frame a few experiments to learn about that risk. Get your idea or a form of your idea into the market as quickly as possible. As WordPress founder Matt Mullenweg said, “usage is like oxygen for ideas”. Once you’ve tested what you can test, bite the bullet and make the decision. There’s only so much you can learn by debating.

Companies measure project return by many dimensions: return on investment, return on capital, return on equity, etc. Return is not just a factor of what projects you invest in, but how you execute them.

There is also a cost to being indecisive. 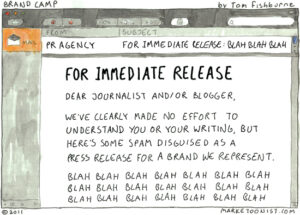 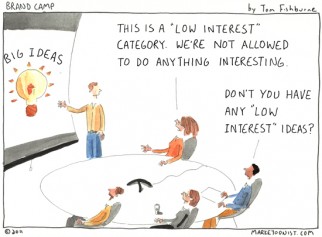