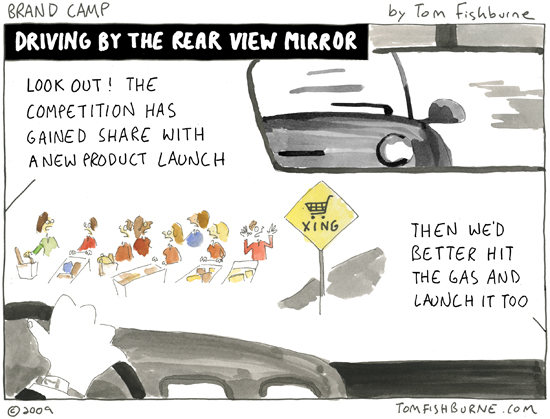 I get most of my cartoon ideas in meetings.

I was in a strategy discussion recently that became stuck in a competitive debate. We charted the minutia of each recent competitive action and overdosed on two-by-two matrices.

In the middle of this war-gaming, someone observed, “We’re trying to drive by the rear view mirror.”

It was a wake-up call that reminded us we were so focused on the competition, we had lost sight of the actual consumer. Sure, you need to know the competitive landscape.  But others can only guide you so far.

I most felt this competitive fever pitch in the Low Carb gold rush a few years ago.  For a year, every food manufacturer set up Low Carb task forces to rush products to meet the earliest possible ship windows, worrying all the while that they might be too late.

I read once that a company can either become a rule breaker, a rule maker, or a rule follower. The only companies that succeed as followers are those with scale, lower cost, and higher efficiency.

If you’re a rule breaker or rule maker, it’s good to remember to take your eyes off the rear view mirror and look to the horizon.

Here’s a cartoon I drew in the midst of the Low Carb fever pitch. 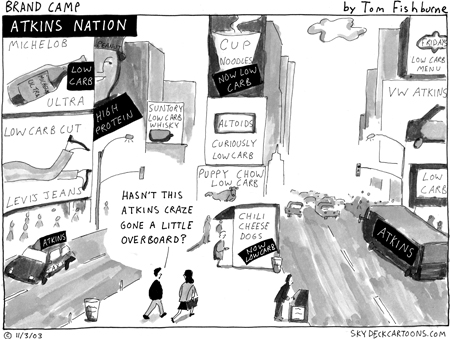 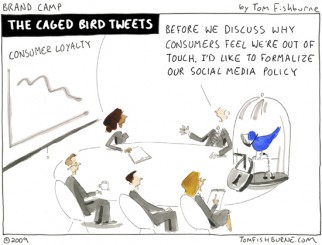 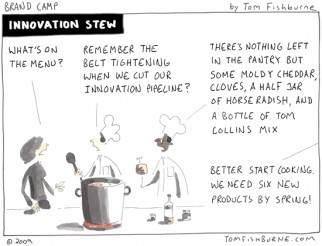