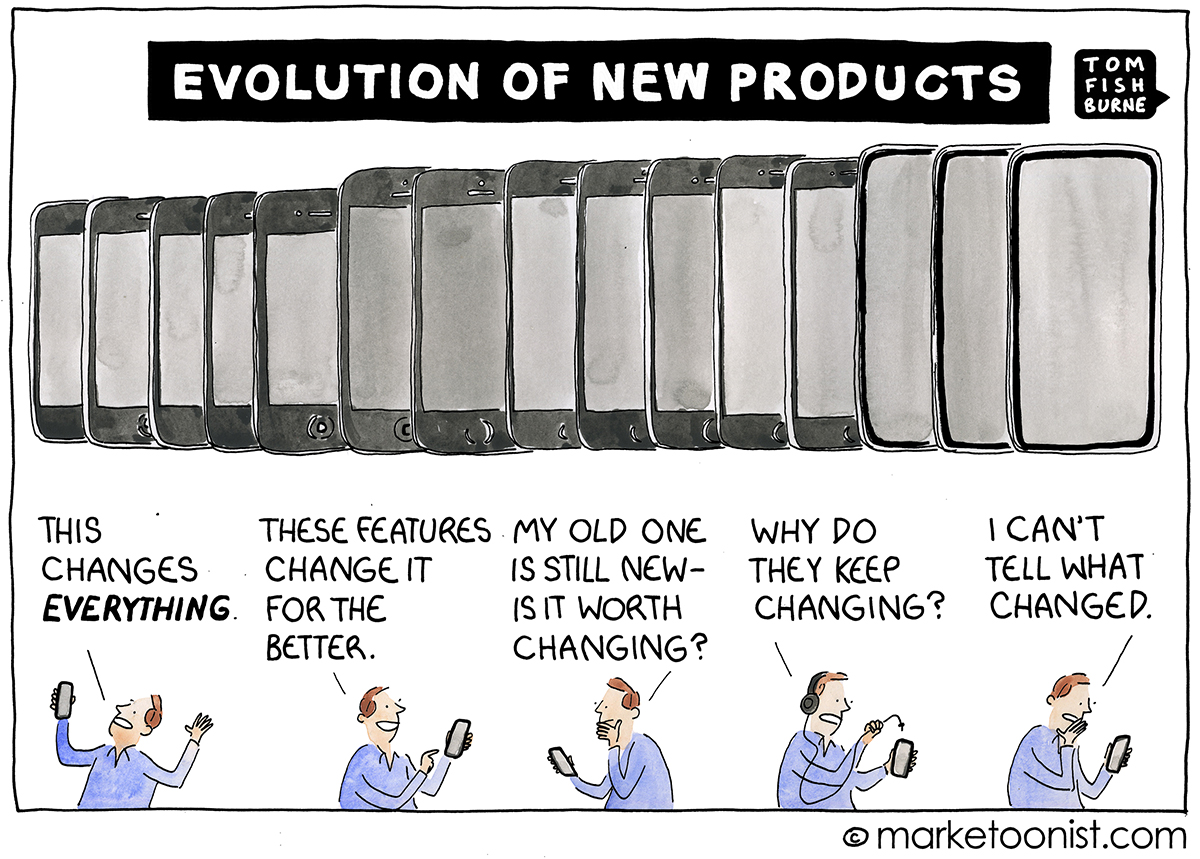 “Apple delivered exactly the iPhones everyone expected on Tuesday — and that’s kind of the problem. Instead of “one more thing,” Apple’s event was more like none more thing.”

This was how Axios summarized Apple’s latest new product event earlier this month.  The most notable new iPhone feature was a camera system with three cameras.  Samsung had already launched a product with four cameras earlier this year.

As Charlie Warzel wrote in the NYT, the iPhone “no longer feels like a piece of the future dropped into the hands of mere mortals. If feels like, well, a phone, a commodity.”

It reminds me of the following cartoon I drew in 2010.  The cartoon parodies the shaving industry, but it’s really about the new features arms race that can happen with any type of innovation after a while.

This cartoon was inspired by a talk from a Gillette executive who visited my business school a few years earlier.  The executive had been in charge of the launch of the Mach3, the first three-blade razor, a few years earlier.  After talking in gushing terms about how innovative this new razor was, someone in the audience asked tongue-in-cheek, “What’s next? 4 blades? 5 blades?”

What I find interesting in retrospect is that Dollar Shave Club launched in 2012 (just 2 years after that cartoon).  While the Goliaths in the category were battling in the incremental innovation arms race, Dollar Shave Club saw an opportunity for a truly breakthrough innovation, focused on an insight about what consumers wanted (and were missing) from the shaving category.  Four years later, Unilever acquired Dollar Shave Club for a reported $1 billion.

It’s easy to get so blinded by the tunnel vision of incremental innovation that we lose sight of potentially breakthrough needs of the customer.

the state of e-commerce 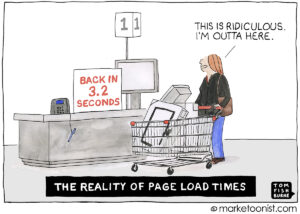 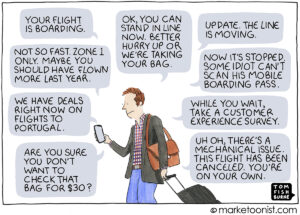