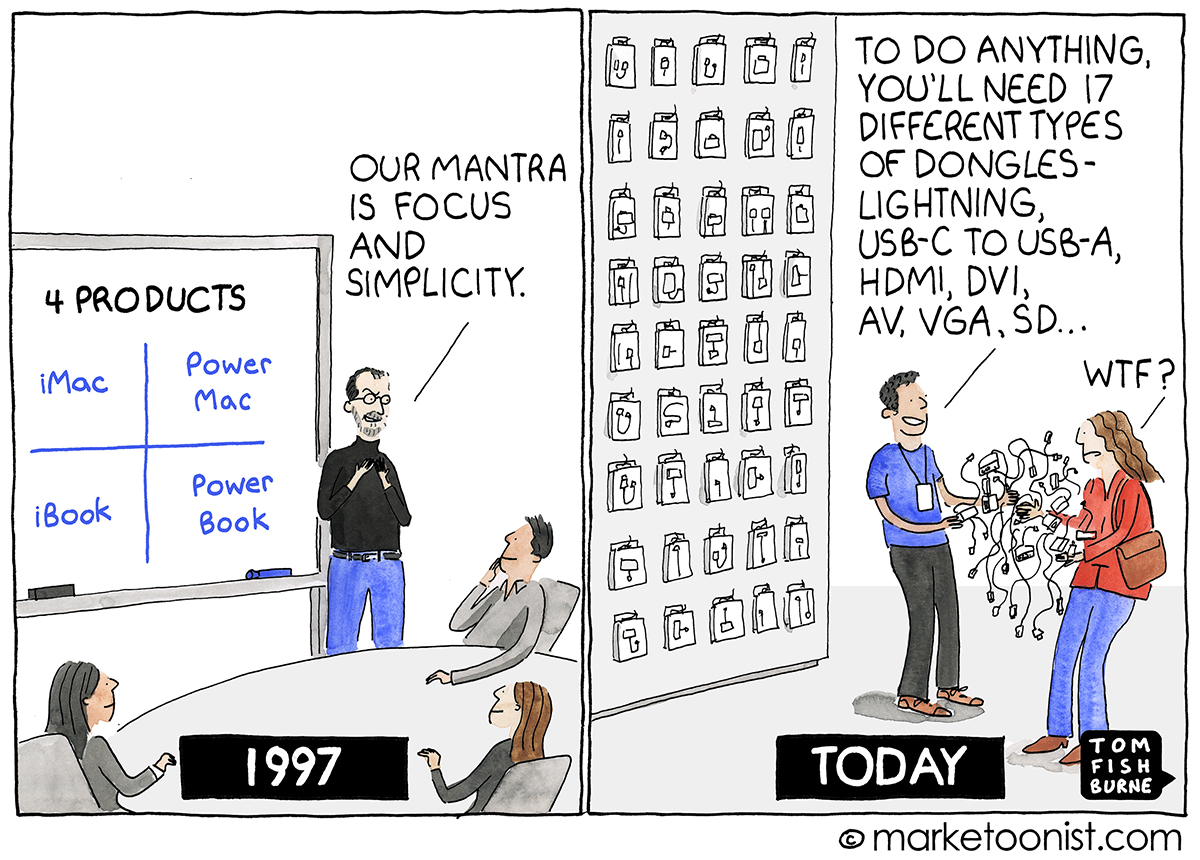 In 1997, Steve Jobs returned to Apple and increasingly grew frustrated by all of the product complexity he saw at review meetings. He famously shouted “Stop! This is crazy” and drew a two-by-two grid on the whiteboard. At the top of the two columns, he wrote “Consumer” and “Professional” and to the left of the two rows he wrote “Desktop” and “Portable”. He told his team to focus on those 4 product areas only (iMac, PowerMac G3, iBook, PowerBook G3) and to cancel everything else.

His product matrix became one of the most cited corporate stories of a company trying to tame the beast of product proliferation. As Steve Jobs put it,

“That’s been one of my mantras – focus and simplicity. Simple can be harder than complex: You have to work hard to get your thinking clean to make it simple. But it’s worth it in the end because once you get there, you can move mountains.”

I thought of this story after upgrading to a new MacBook Pro and then needing to shop for dongles to get it to work with anything (scanner, USB drive, external monitor, projector, SD, even Apple’s own iPhone, etc). Apple had replaced all of the traditional ports with just one – USB-C.

In one sense, this reduction was a move toward simplicity. But as I plunked down $69.95 for my second different Apple dongle, wondering how quickly I would be back when I inevitably misplaced it, I learned that Apple now literally sells 17 different types of dongles. 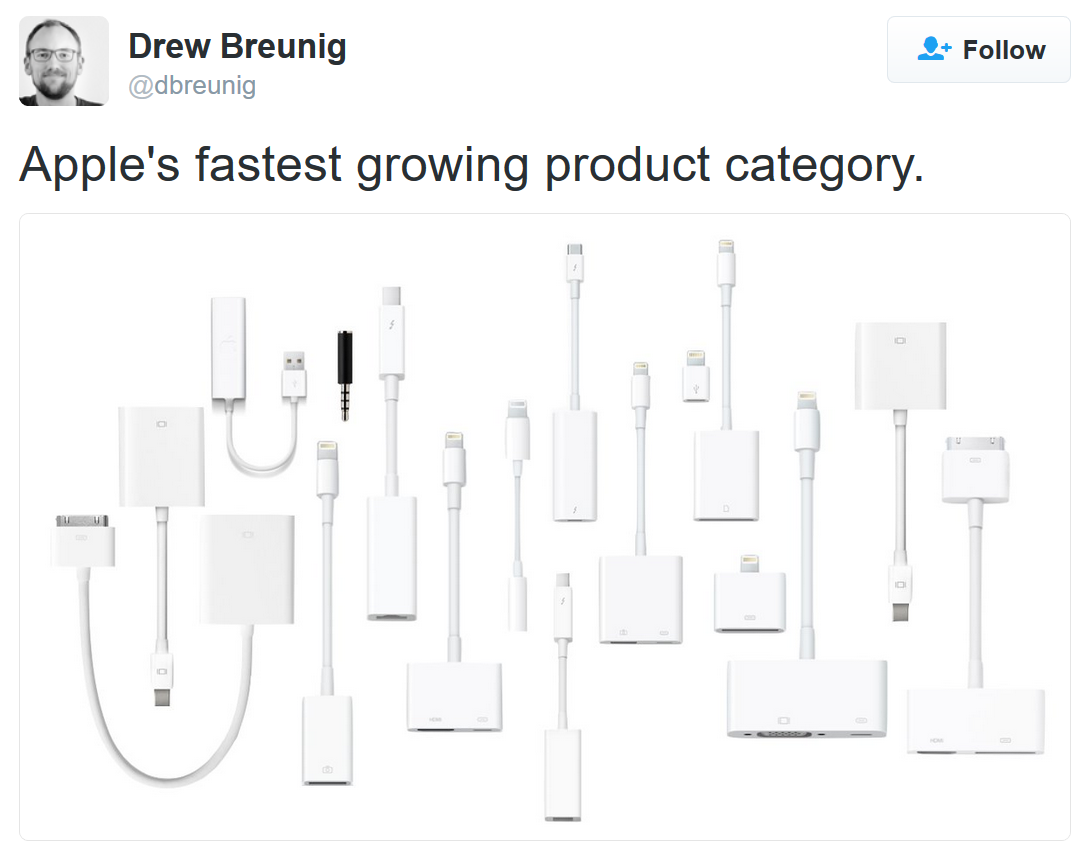 One journalist claimed that “Apple is now officially a dongle company that happens to make smartphones and computers.” I think it’s telling when the latest iPhone requires buying a dongle to connect with the latest Mac.

The path of least resistance is for companies to progressively make product offerings more complex. I think that Apple’s own journey with product complexity illustrates just how pervasive a challenge this is.

I like the sentiment of “focus and simplicity” as a “mantra”. Because it needs to be continuously repeated. 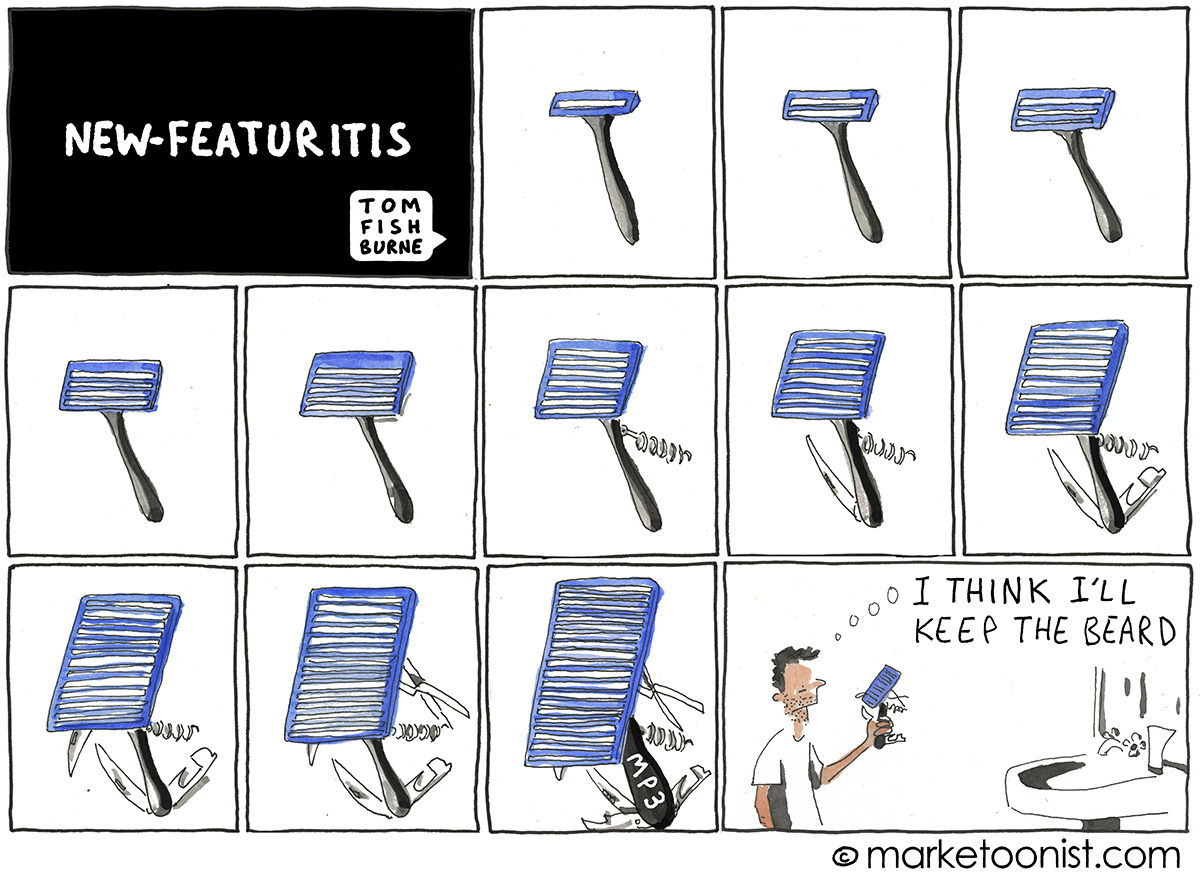 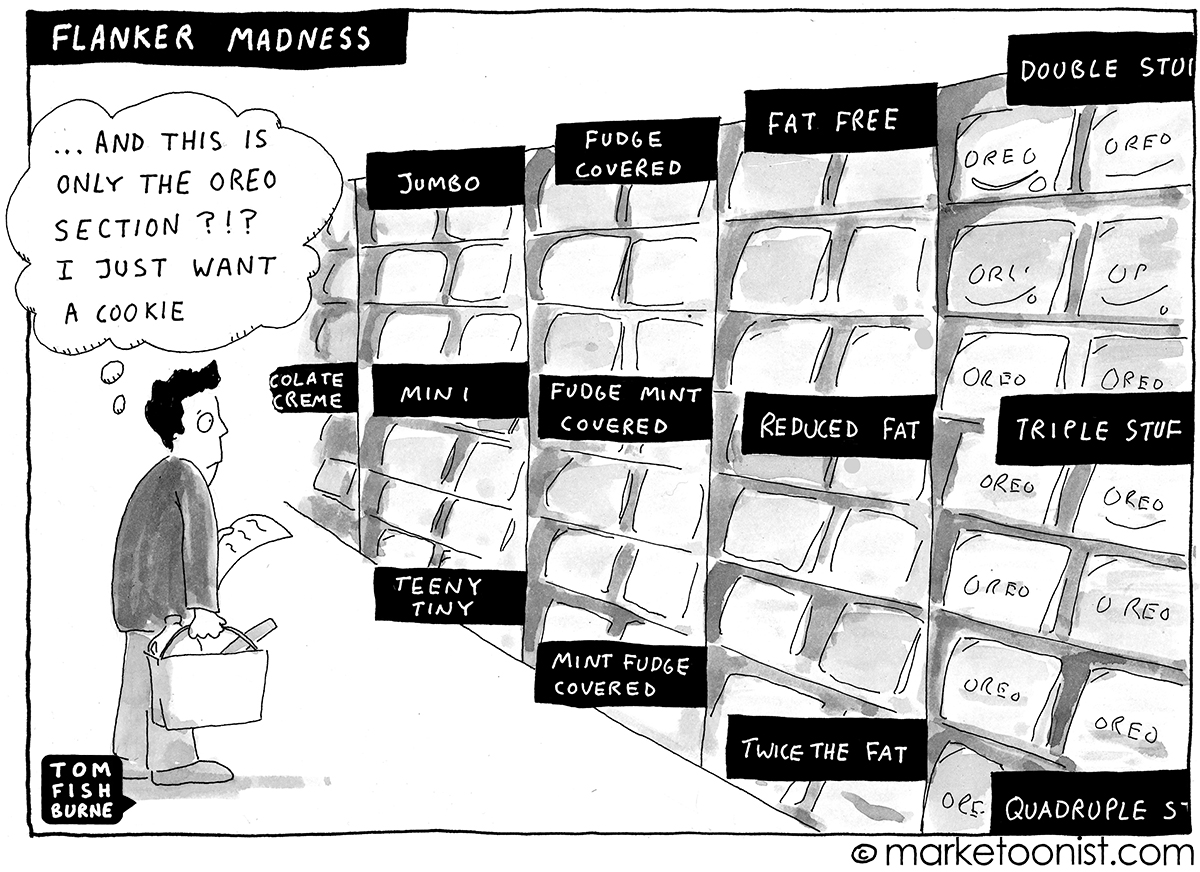 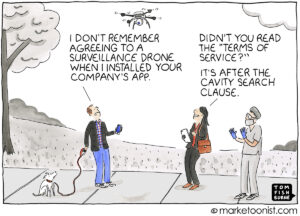 marketing at the point of sale 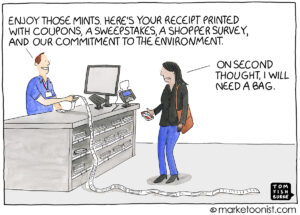