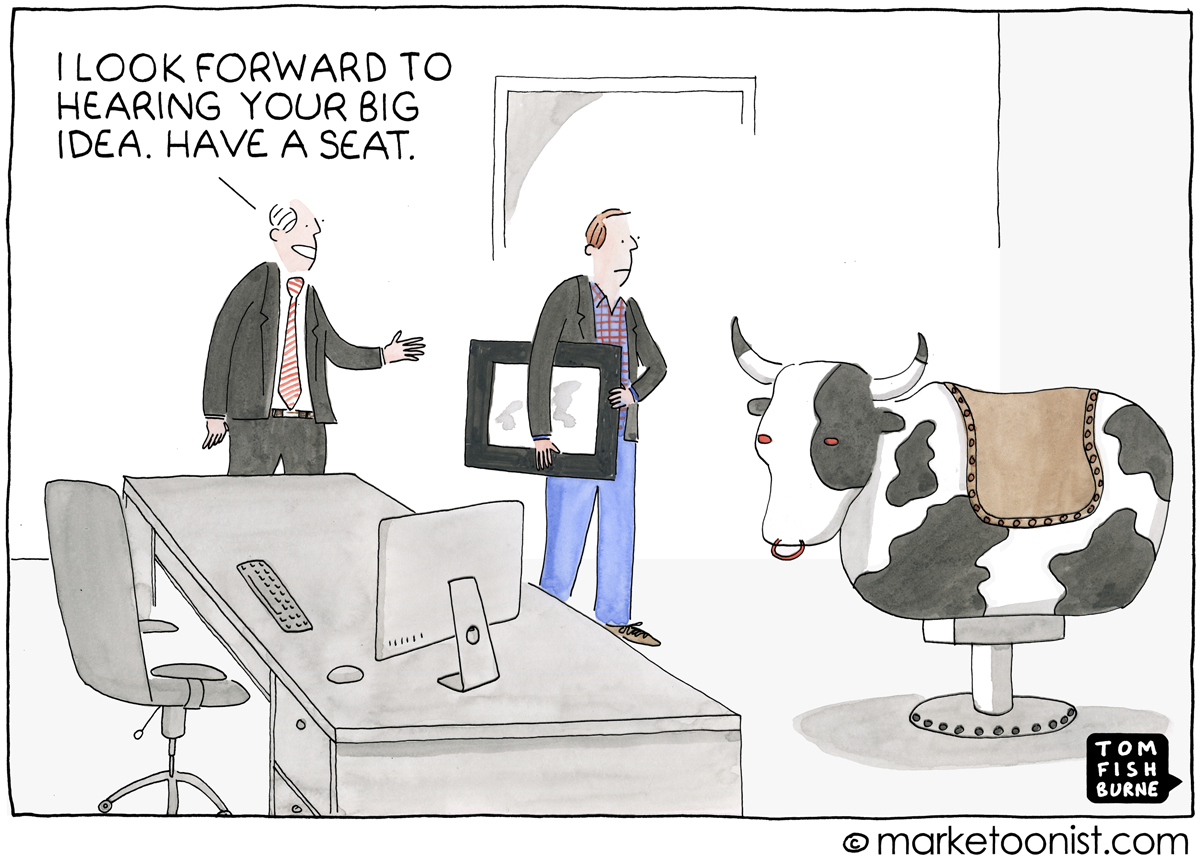 Bringing ideas to life in an organization can be a bumpy ride.

We’re all familiar with the myth of Isaac Newton sitting under the apple tree, waiting for inspiration to fall on his head. Newton’s apple is one of the more common symbols of innovation, right up there with Archimedes shouting Eureka from his bathtub. Metaphorically, that’s what we do when go to a brainstorming meeting to come up with new ideas. If the conditions are right, and the coffee strong enough, the next great idea just might fall on our heads.

What is often overlooked is what happens next, after the apple falls, when we have to actually bring that idea to life. If we’re not careful, Newton’s apple can turn into Newton’s applesauce, a watered down imitation of the idea. One of my first cartoons (back in 2002) was about this phenomenon. 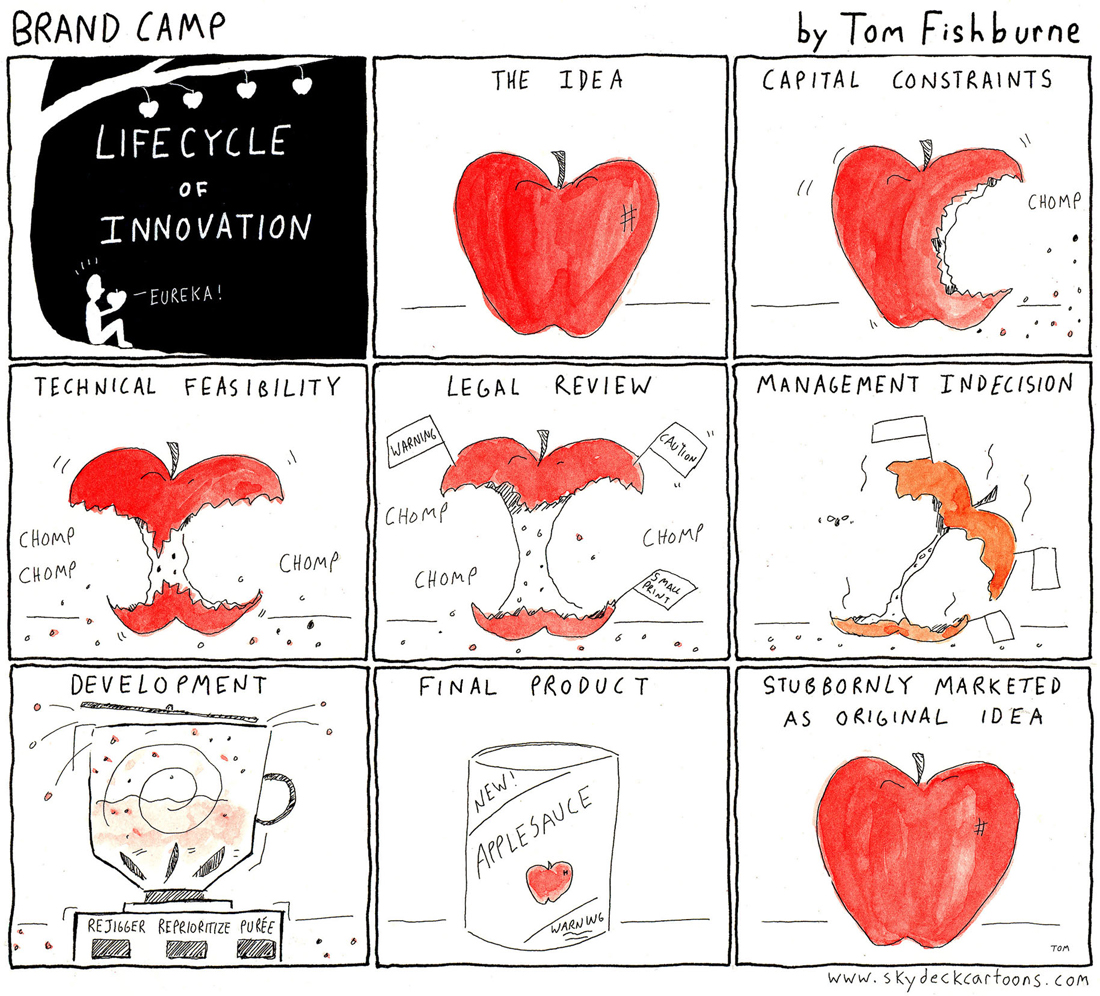 When the Pontiac Aztek debuted as a concept car, it was universally well received. It was a compact, versatile SUV that showed a lot of promise. Yet by the time General Motors shipped the Pontiac Aztec as a final product, one company official described it as “this horrible least-common-denominator vehicle where everyone said, ‘How could you put that on the road?'” After a few dismal years of sales, it was discontinued. Time Magazine named Pontiac Aztek one of the worst inventions of all time.

What happened between concept and launch? The Pontiac Aztek succumbed to compromises and idea killers that watered down the essence of the idea.

A Time Magazine review later wrote the tombstone for the Pontiac Aztek:

“I was in the audience at the Detroit auto show the day GM unveiled the Pontiac Aztek and I will never forget the gasp that audience made. This car could not have been more instantly hated if it had a Swastika tattoo on its forehead. In later interviews with GM designers, it emerged that the Aztek design had been fiddled with, fussed over, cost-shaved and otherwise compromised until the tough, cool-looking concept had been reduced to a bulky, plastic-clad mess. A classic case of losing the plot.”

If we’re not careful, our ideas can turn into Newton’s Applesauce. That’s the path of least resistance in an organization. Working with cross-functional teams in an organization can make our ideas either stronger or weaker. When we’re championing an idea, our job is to reject the path of least resistance and fight for what makes the idea remarkable. The market already has too much applesauce.

Here’s another cartoon I drew (in 2011) on the gauntlet we run with ideas in an organization. 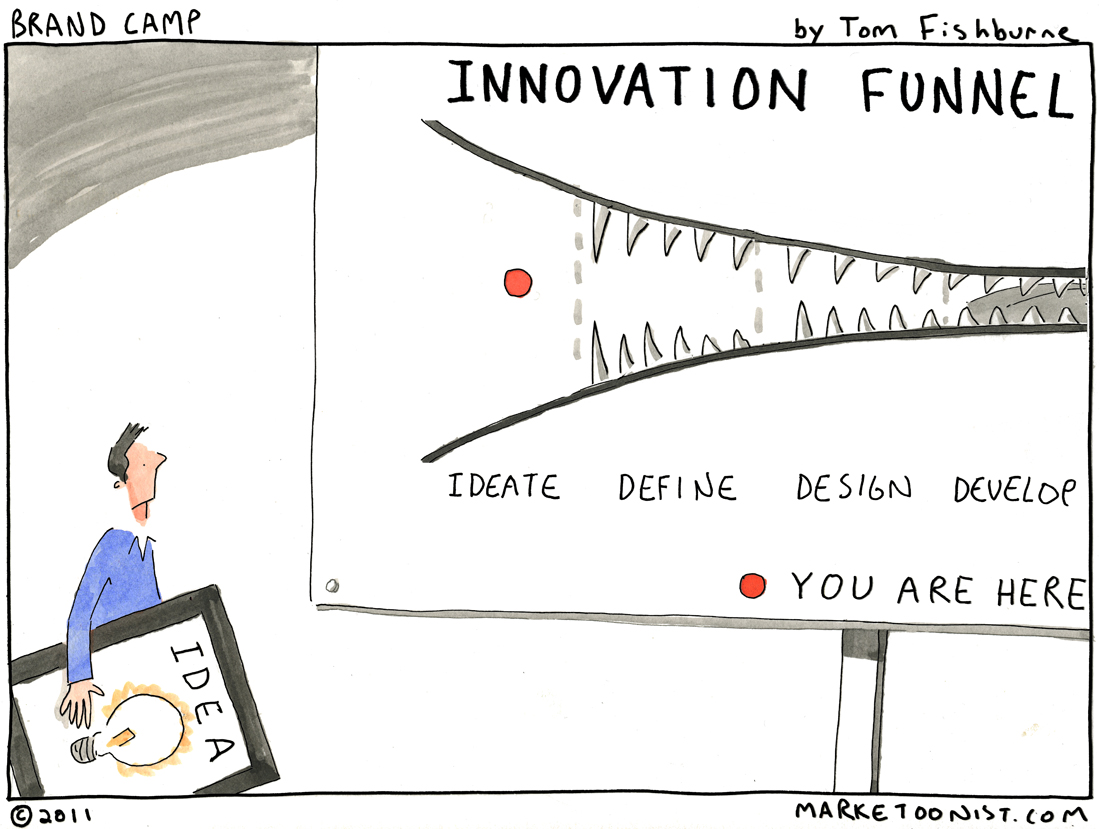 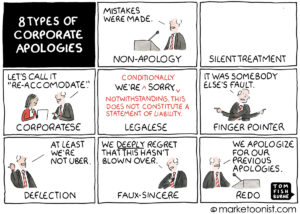 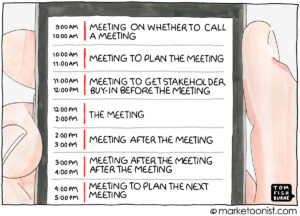