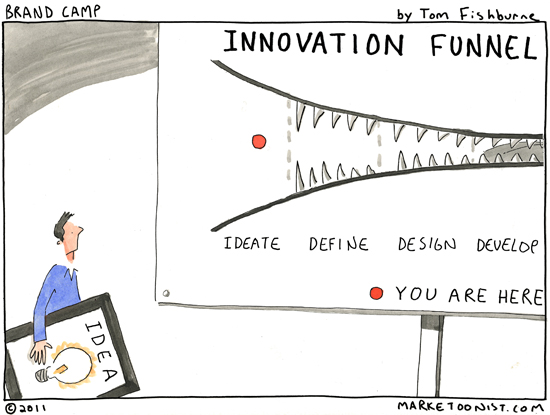 Every company has some form of innovation funnel. The funnel is wide at the front to capture potential ideas and narrows to the select few that launch. Projects progress from the idea stage through design and ultimately to market.

Amazingly, the average new product success rate is less than 10%. So companies spend a lot of time on this innovation funnel looking for ways to boost their hit rate. Most companies focus on the back end. They raise the bar, elevate the hurdles, and tighten the scrutiny, allowing fewer ideas to make it through. They inject more idea killers and sharp teeth into the process.

Yet running a more severe gauntlet doesn’t necessarily lead to better ideas. It can lead to safer ideas, but the added internal review cycles and scrutiny sometimes sand away what makes ideas most unique.

Funnel focus is better placed on the front end. Ensure a heavier and constant stream of new ideas and then find ways to test versions of those ideas in the market. Learn from actual use of the ideas and spend less time in stage gates.

“Launch early. Unless you’re Steve Jobs, you’re most likely partially wrong about what your theory was. So launch early and often. Launching early attracts customer engagement, and it’s the customer who’s going to tell you what’s wrong so you can correct it.”

I think this iterative approach can apply to physical products, not just web products. Betabrand in San Francisco launches a new idea each and every week. Some do well and some don’t, but they learn with small stakes. Small stakes allow them to place frequent bets.

Rather than try to lower the failure rate, lower the cost of failure. 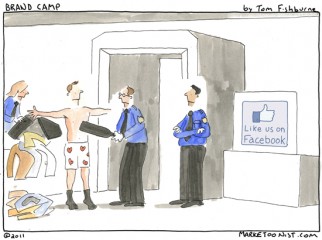 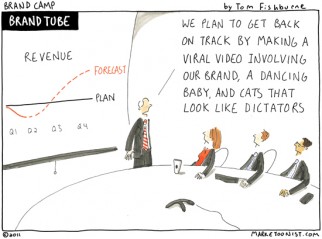