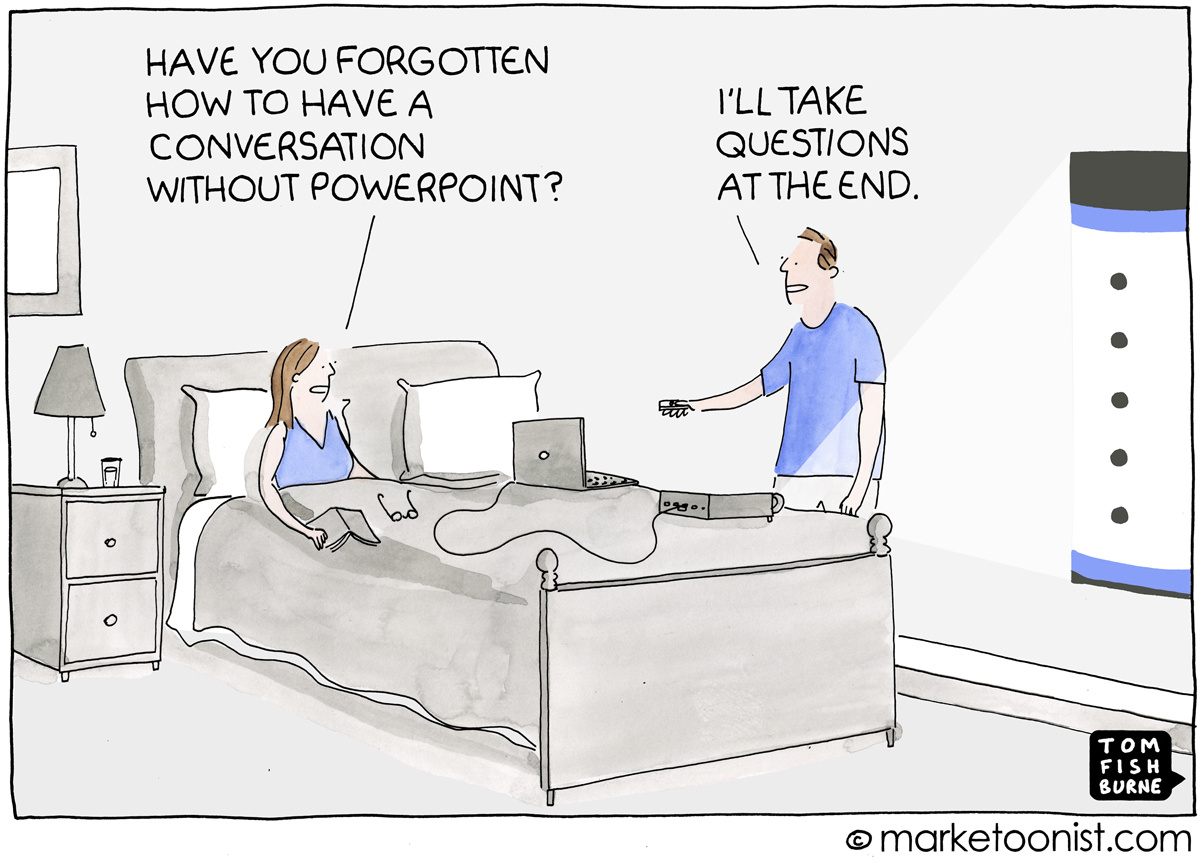 When James Thompson started his job as Diageo CMO, he tallied the number of presentation slides he was exposed to in his first two months of meetings. The final count — more than 12,000.

I read in AdAge that he started a PowerPoint ban in some Diageo meetings to “just talk to me please” and help convey that the team doesn’t have to be “totally buttoned-up all the time.”

“It stops conversation. It makes people feel secure the’ve communicated what they wanted to. But, in fact, it doesn’t move anything on … We just want people to be at their best, and that is usually when they are able to think and respond and build rather than sell.”

Marketers as a general rule suffer from PowerPoint-itis. We tend to use presentation slides as a crutch. As soon as we have a marketing idea, we rush to create a lengthy PowerPoint or Keynote or Prezi about it. Rarely do we have a meeting without a slide deck. As a result, business conversations turn into dueling sales pitches.

Of course, PowerPoint-itis is not the fault of the tool. It’s how we habitually use presentation software in a way that gets in the way of communicating ideas.

I once heard a talk by former BMW head of design, Chris Bangle. His entire presentation was composed of his own hand-drawn stick figures. He said he always communicated that way, because it was the only way he could be sure to be understood, from the board room to the factory floor.

Last week I gave a talk to 200 marketers at a pharmaceutical company. I talked about PowerPoint-itis as a barrier to building and sharing ideas in an organization. I then shared a simple, overlooked way of communicating ideas — the back-of-the-envelope sketch. First I asked everyone in the audience to individually draw a marketing idea as a doodle complete with stick figures. Second I asked them to exchange that drawing with someone around them.

That second request caused a mild panic. The idea of sharing a sketchy, unpolished drawing with a colleague is fear-inducing. But that’s exactly the state and stage that ideas are best shared with colleagues — when they’re unformed and half-baked, not when they’re polished and perfect in a lengthy slide presentation. I think the fear of sharing ideas at this embryonic stage is part of what gets in the way of collaborating inside an organization.

I asked everyone to build on their colleagues’ back-of-the-envelope sketches with more drawing and then return them. I don’t think that simple informal exchange of ideas happens enough in business.

Marketers tend to focus too much on pitching and not enough on prototyping. 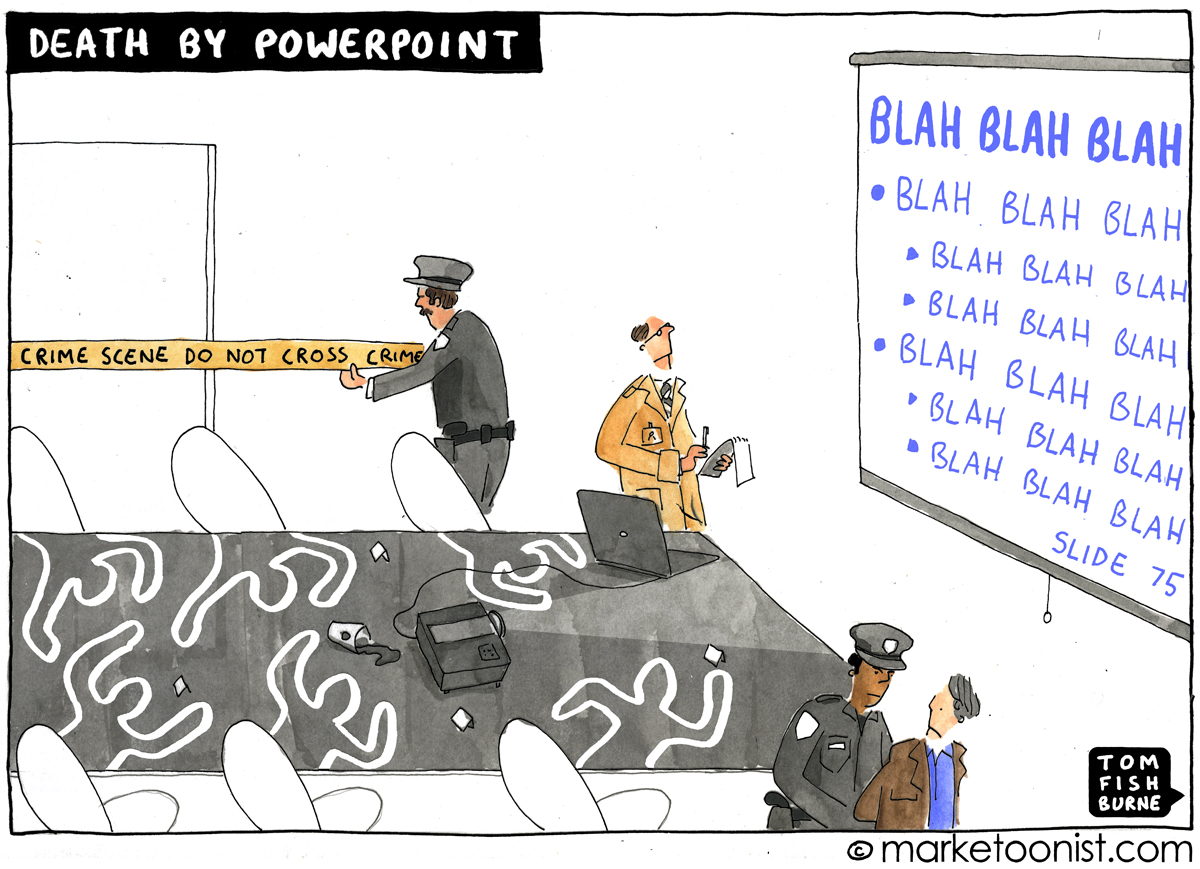 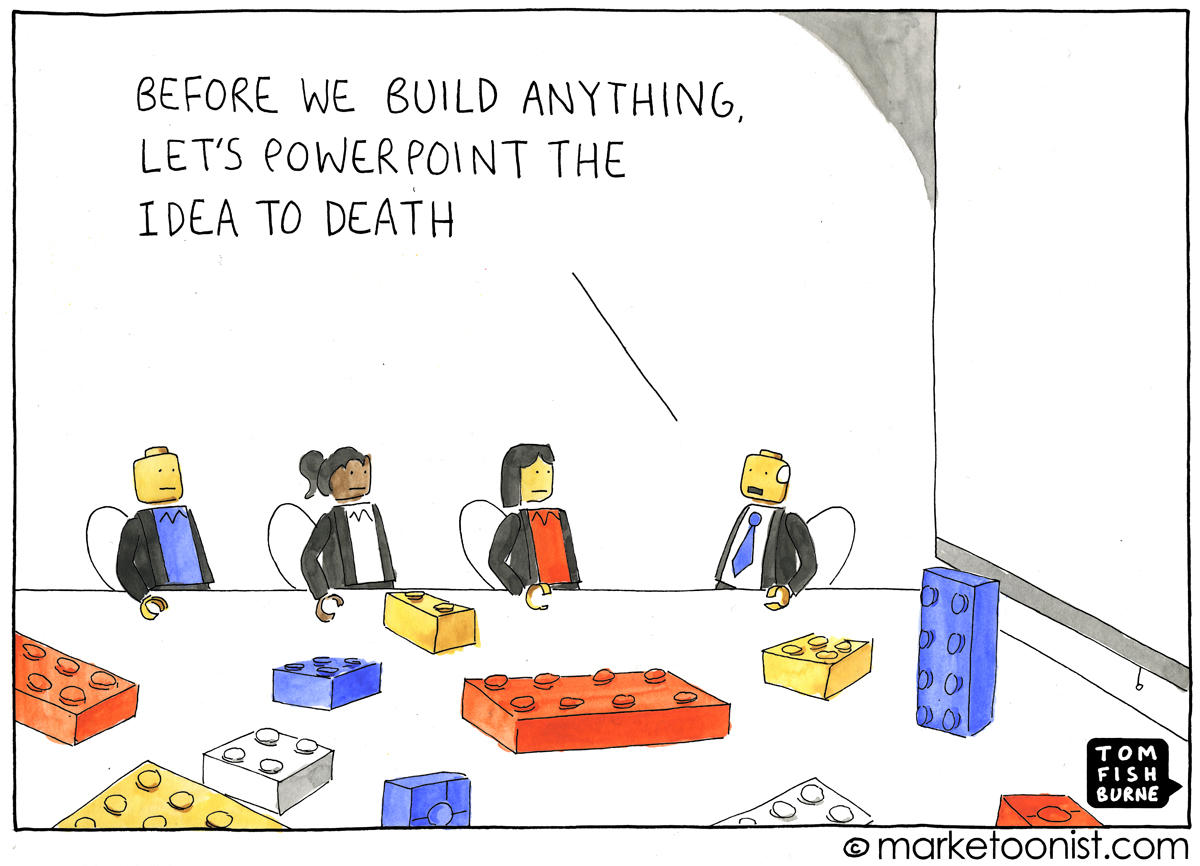 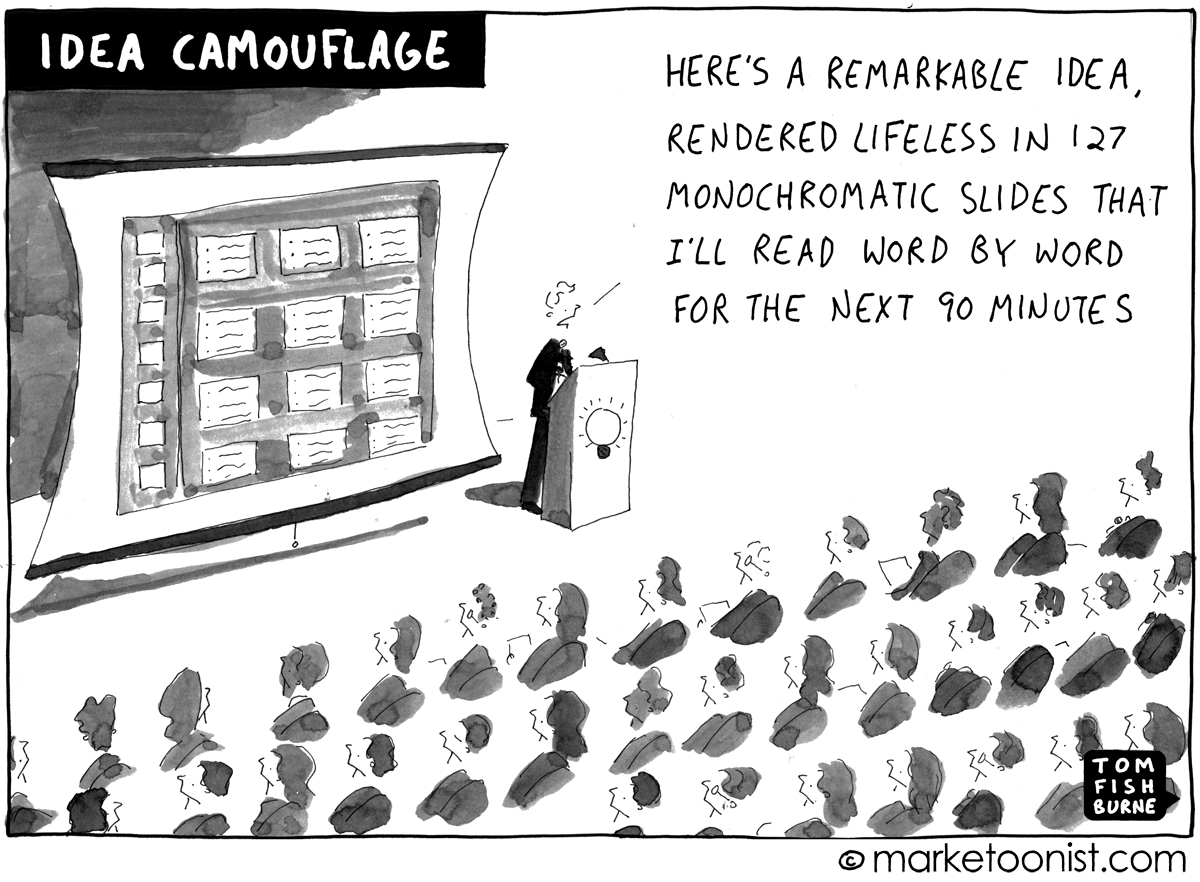 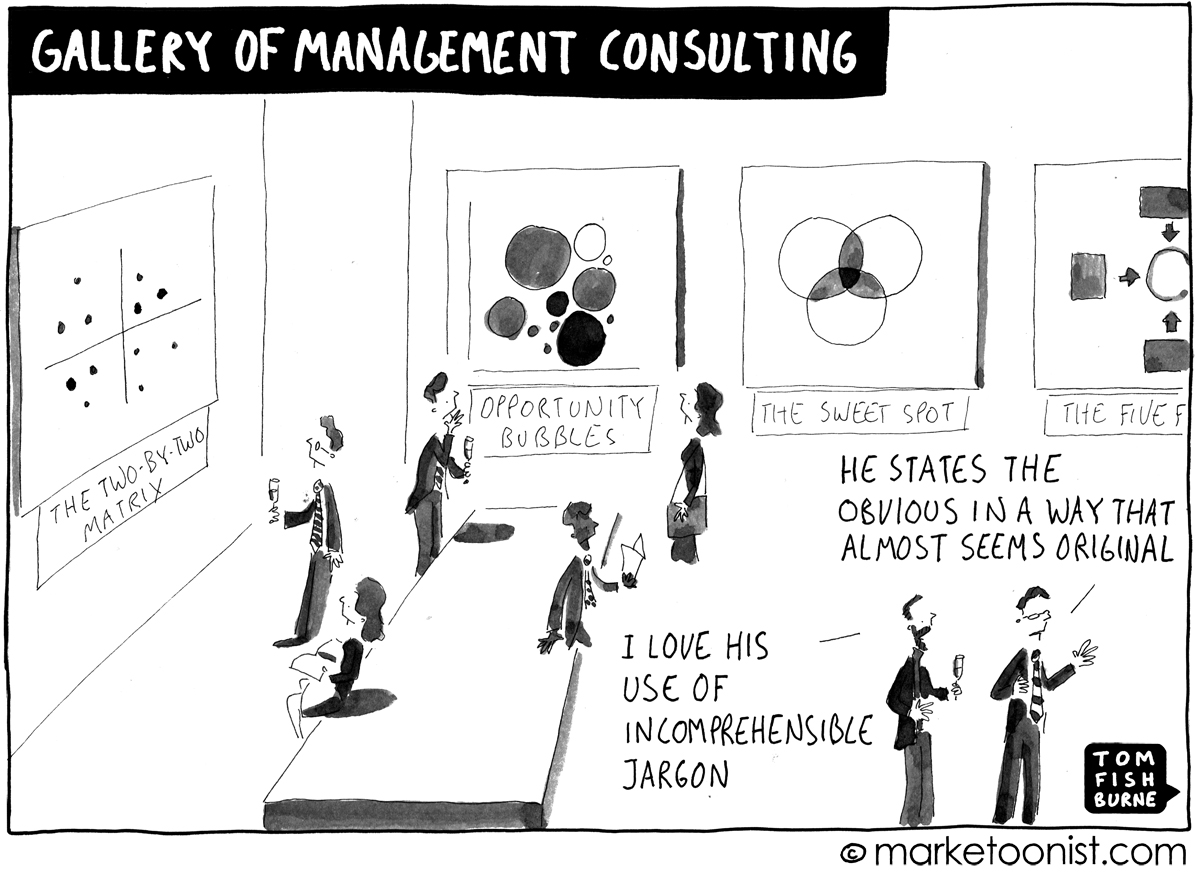 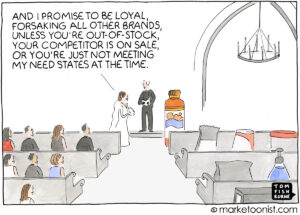