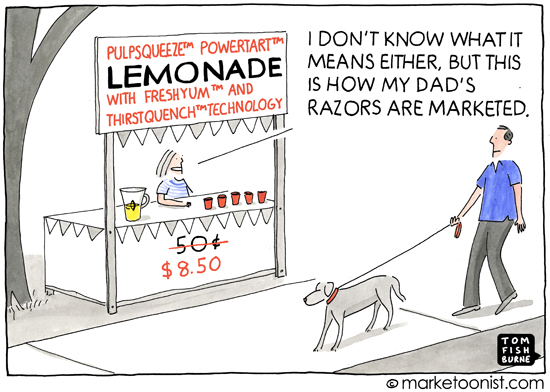 Marketers can go a little trademark crazy. Sometimes we focus so much on the trademarked features of a product that we lose sight of the actual consumer need.

Last week, someone sent me a piece of marketing communication for a new razor, the “Gillette(R) Fusion(R) ProGlide(R) with Flexball(TM) technology.” The string of four trademarked names to describe a single product cracked us both up.

Shaving is the poster category for feature proliferation. This dynamic creates opportunity for startups like Dollar Shave Club. Dollar Shave Club’s famous launch video went at the category head-on: “Don’t buy shave-tech you don’t need.” Instead of technobabble, they simply claimed “Our blades our F**king Great” and then focused on a real consumer need. 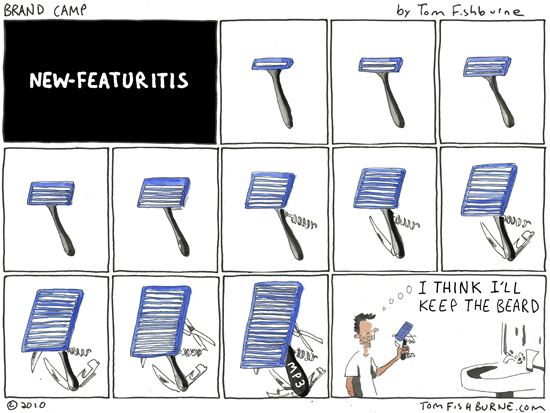 Marketing Technobabble is common with technical products, where innovation can be tech-centric rather than consumer-centric. From razors to B2B software, brands often start to breathe their own exhaust.

I think there’s a lot that technical brands can learn from the Dollar Shave Club approach. 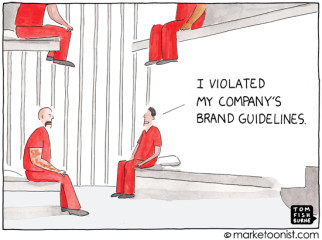 how a brief becomes an ad 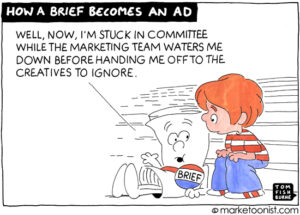