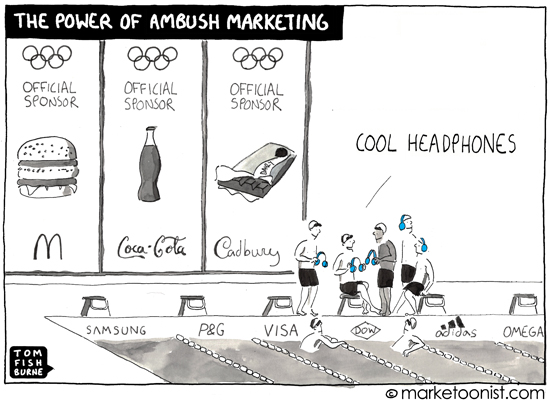 One of the great marketing campaigns from the 2012 Olympics didn’t come from an official sponsor. It came from a headphone brand called Beats by Dr. Dre. The Beats brand customized headphones in national colors and then strategically sampled them to athletes. Athletes wore Beats everywhere in the games, particularly in swimming.

This is “ambush marketing”, a marketing strategy where advertisers capitalize on an event without paying a sponsorship fee. In the 1996 Olympics, sprinter Linford Christie famously wore contact lenses embossed with the Puma logo even though Reebok was the official sponsor.

The Olympics cracked down on ambush marketing this year like never before. Branding police looked for violations from small cafes to internet ads. British Parliament even approved a $30,000 penalty to discourage it.

But the Beats brand slipped through, even though rival Panasonic is the official audio brand. Beats successfully sampled their headphones because the athletes didn’t see themselves as part of a marketing campaign. They were just using equipment they genuinely liked.

The IOC allowed the Beats sampling, saying “there is a difference between someone using equipment with a logo and someone promoting the brand.” The best marketing doesn’t feel like marketing.

Official sponsor ads with stereotypical shots of athletes swimming, jumping, and running start to look the same after a while. I like how ambush marketer Nike cleverly skirted the Olympics rules (and bested official sponsor Adidas) with this ad celebrating everyday heroes in places around the world called London.

Sometimes great marketing has to break the rules.

the art of product management 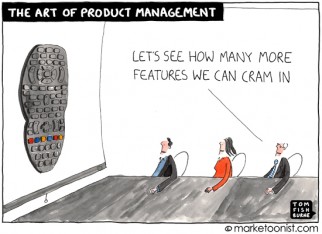