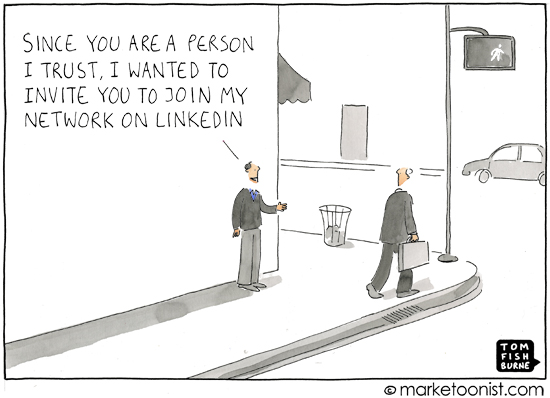 I heard someone say recently that the difference between networking and not working is one letter.

I’m amazed how many LinkedIn requests are indiscriminately sent to acquaintances or strangers without even personalizing the generic invitation message: “Since you are person I trust…” Recently LinkedIn modified the generic message, but the same behavior is there. Many of these interactions start and end with that LinkedIn invitation. LinkedIn makes networking easier, but it can also make us lazy.

LinkedIn is a powerful tool. But it doesn’t replace networking. It enables it. We sometimes rely on LinkedIn as a crutch. Having a large network can give us a false sense of security. What’s far more important than the size of the network are the meaningful connections within the network.

Tom Peters wrote a classic Fast Company article in 1997 called “The Brand Called You” (which still feels timely aside from the blurb in Tom’s bio promoting his new “CD-ROM”). He writes:

“Regardless of age, regardless of position, regardless of the business we happen to be in, all of us need to understand the importance of branding. We are CEOs of our own companies: Me Inc. To be in business today, our most important job is to be head marketer for the brand called You.”

Marketing the brand called You does not mean asking as many people as possible to join our networks. Fewer meaningful interactions trump general, superficial ones.

where the wild ideas are 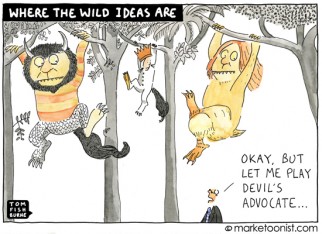 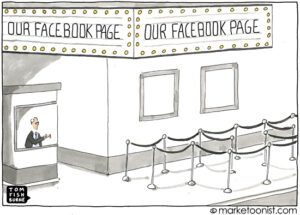