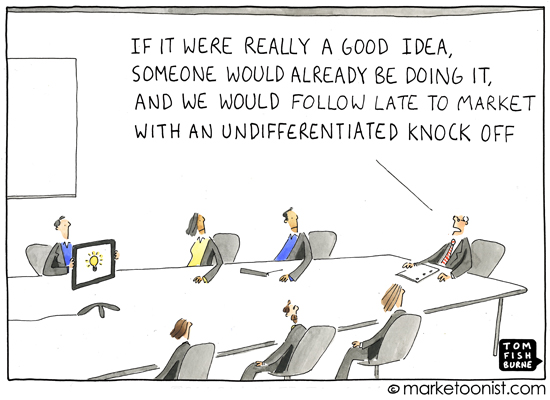 One of my favorite idea killers is the statement, “if it were really a good idea, someone would already be doing it.”

In innovation, we often fixate too much on the competition. We benchmark and validate ideas based what everyone else is doing. This cycle of one-upmanship makes it hard to launch something truly new and different. It also creates a lot of me-toos.

My friend Sasha pointed me to “The Creative Monopoly“, a David Brooks piece on PayPal founder Peter Thiel’s business philosophy.

“Instead of being slightly better than everybody else in a crowded and established field, it’s often more valuable to create a new market and totally dominate it. The profit margins are much bigger, and the value to society is often bigger, too … He’s talking about doing something so creative that you establish a distinct market, niche and identity. You’ve established a creative monopoly and everybody has to come to you if they want that service, at least for a time”.

Of course there’s a role for the fast follower in innovation. But when everyone is a fast follower, who is there to lead?

I once heard innovation writer Doug Hall say, “If you’re not meaningfully unique, then you’d better be cheap.” 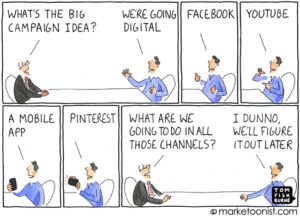 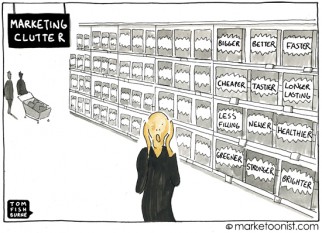