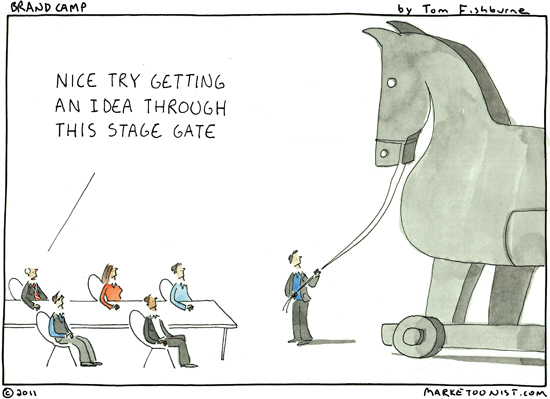 I just spent several days at the Do Lectures, a magical event in Wales with the motto “ideas + energy = change”. We talked a lot about the process of bringing ideas to life, and the barriers that stand in the way.

A physician and technologist named Mohammed Al-Ubaydli shared the concept of “Trojan mice”, which I found inspiring for anyone trying to introduce ideas to an organization or a market.

Mohammad Al-Ubaydli founded a company called Patients Know Best to allow patients to take control of their health records. It was a great idea, but he knew he would face serious obstacles from risk-adverse hospitals and the medical community.

So, rather than pursue the initiative all at once, he introduced Trojan mice, small-start slivers of the big idea. He approached one hospital and offered simple communication tools to patients. When the hospital saw immediate positive response from these simple tools, they started to ask for more. Before long, Mohammad had implemented the entire idea. Not from the top down, but from the bottom up.

“Trojan mice are small, well focused changes, which are introduced on an ongoing basis in an inconspicuous way. They are small enough to be understood and owned by all concerned but their effects can be far-reaching. Collectively a few Trojan mice will change more than one Trojan horse ever could.”

(Marketoonist Monday: I’m giving away a signed print of this week’s cartoon. Just share an insightful comment to this week’s post. I’ll pick one comment by midnight on Monday (8 am UK time, where I’m traveling this week). Thanks!) 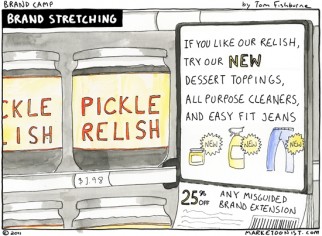 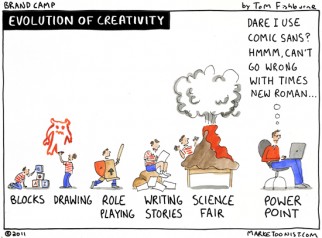