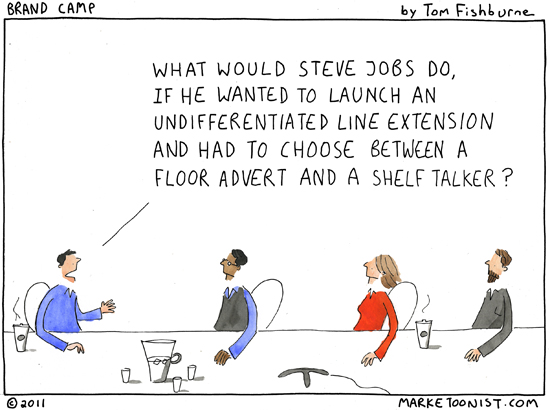 Following last week’s news, it is hard to overstate the impact of Steve Jobs on the business psyche. He is arguably the most mythic business leader of our time. It has become almost cliche to reference Apple in a presentation.

Apple and Steve Jobs are used as inspiration in every imaginable industry and domain. Articles have referred to various entrepreneurs as the Steve Jobs of bicycles, of China, of meat (which is particularly funny because the real Steve doesn’t even eat meat). Businesses often ponder, “what would Steve do?”

Yet what worked for Apple won’t necessarily work for you. It’s like asking a brand to write like innocent, brainstorm like IDEO, or have customer service like Zappos. You can be inspired by what other companies are doing, but copying specific tactics alone won’t lead to the same results. Particularly if done narrowly or superficially.

As Steve urged in a 2005 commencement address, “Don’t be trapped by dogma — which is living with the results of other people’s thinking. Don’t let the noise of others’ opinions drown out your own inner voice.”

He meant that quote for individuals, but I think it applies just as well to businesses. Businesses need to find their own inner voice.

Yet in finding one’s own inner voice, there is so much to be inspired by in the Steve Jobs story. When I first came across the method cleaning brand in late 2003, I drew the following cartoon, riffing on the famous Apple 1984 ad. I was inspired that method was taking on Big Clean with similar energy that Apple took on Big Blue. The cartoon was my cover letter to method, and ultimately led to a job there. 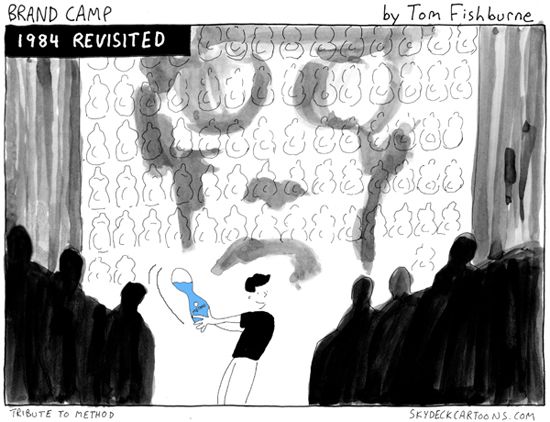 I recently stumbled across historic footage when Steve aired for the very first time that Apple 1984 ad. He’s 28 years old. It’s amazing footage, knowing in hindsight how the next 27 years turned out. 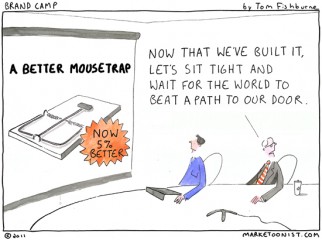 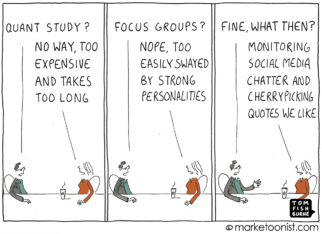