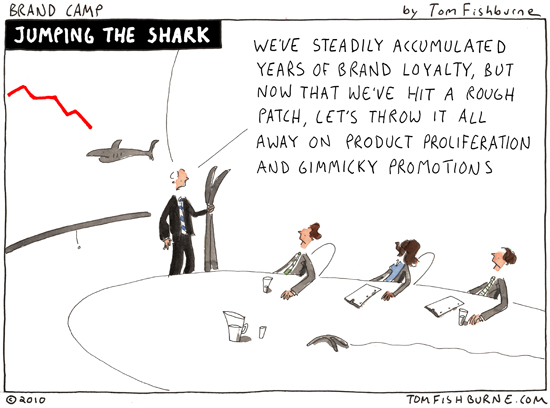 My friend Michelle introduced me to the expression, Jumping the Shark, which is used to describe “the moment of downturn for a previously successful enterprise.” It comes from the fifth season of the classic American sitcom, Happy Days, when Fonzie donned swim trunks and his trademark leather jacket to perform a ridiculous water ski jump over a shark. 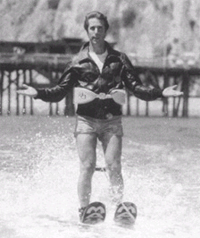 The guy who coined the expression describes it as “a defining moment when you know that your favorite television program has reached its peak. That instant that you know from now on…it’s all downhill. Some call it the climax. We call it ‘Jumping the Shark.’ From that moment on, the program will simply never be the same.”

Indiana Jones “jumped the shark” in the Kingdom of the Crystal Skull when Indiana was hit by a nuclear weapon blast while hiding in a lead-lined fridge.  While the fridge was hurled a great distance and everything else was obliterated, Indiana emerged unscathed. This lead to a similar expression, “Nuking the Fridge”, which was one of the top buzz words of 2008.

Brands and businesses “jump the shark” and “nuke the fridge” all the time, often in a desperate attempt to reignite growth. They abandon what made them successful and drive away their most loyal consumers.

In her wonderful book, Different, Youngme Moon applies “Jumping the Shark” to product categories, which often reach a point of product proliferation where they leave their consumers behind.  Bottled water is a classic example of this.

“As these categories mature, the products within them get progressively better over time, with consumers benefiting along the way. But somewhere along the line these categories jump the shark, having undergone too many plot twists and turns for consumers to stomach any more.”

Youngme describes this as “a consumption trend that I contend is one of the most significant challenges facing business today.”

In the rush to maintain momentum, there is huge pressure to “jump the shark”.  Jumping the shark attracts new attention and feels necessary in the game of competitive one-upmanship. But the volume of attention is far less important than the caliber of attention. And more important than grabbing fresh attention is maintaining the loyalty of those already buying.

The risk of jumping the shark isn’t getting eaten by the shark. It’s leaving your loyalists behind. 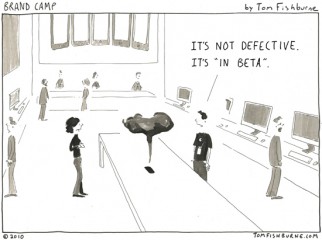