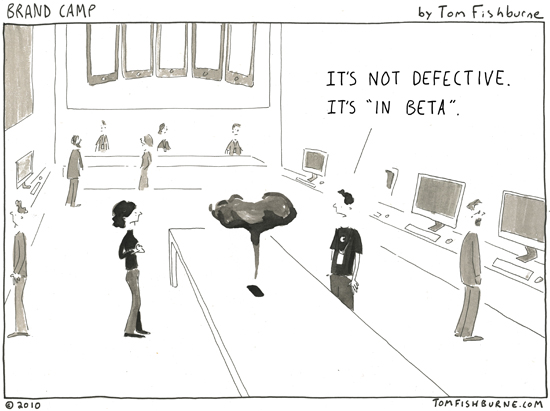 Beta releases used to be restricted to small groups of Beta testers. A Beta release allowed you to work out the bugs before a general market release. When a product shipped, it was considered final until the next release.

Nowadays, many products are in perpetual Beta (and we’re all Beta testers). Gmail, Flickr and del.icio.us carry the Beta designation for years at a time as the products are developed and refined in the open. This creates a mindset of continuous improvement and treats users as co-developers. The pace of innovation happens so quickly that traditional release cycles don’t apply.

This perpetual Beta mindset was born in web-based product development, but it’s instructive for anyone in business. As Olivier Blanchard outlines:

When I worked at Dreyer’s, we talked about “Ready, Fire, Aim” as our development philosophy. We fired quickly for speed to market and then perpetually improved our aim. The overlooked word is “ready”, which is important to avoid shooting yourself in the foot.

Apple recently discovered that their are limits to what consumers will tolerate in bleeding edge products. While Apple never describes its live product launches as Beta, consumers often put up with bugs as the cost of being an early adopter. When the antenna failed on the iPhone 4, the consumer backlash was deafening. Apple learned that consumers may be prepared to put up with shoddy battery life, but the antenna snafu crossed the line. They also learned that their blame-shifting response to the crisis (asking consumers to hold their phone differently) only fanned the fire. 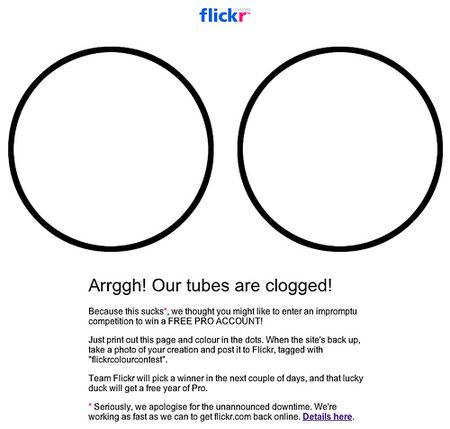 “One of the other interesting characteristics about always being in beta is accepting that mistakes are going to happen. And preparing for them. And thinking about, maybe, trying to turn them into opportunities. Flickr’s attempt to turn a ‘we’re down’ message into fun probably annoyed some people but I liked it are clearly so did lots of other people. When you’re moving at the speed that the modern world demands mistakes are inevitable. Being surprised by them shouldn’t be. Mistakes are also when the veneer tends to slip, if there is a veneer. The authentic voice of a brand or organisation is exposed when something goes wrong, if it’s not the same as the voice you normally speak with people will notice.”

One of my favorite new brands is designed entirely around an “Always in Beta” mindset: BetaBrand, in San Francisco. Every Tuesday at noon, they announce a new limited-edition fashion invention to their mailing list. This week, it’s the World’s First Farmer’s Market Backpack. BetaBrand continually releases new products and invites consumers to participate. Only selling online allows them to have weekly limited-edition launches as a physical product. Small-batch local production allows them a product development cycle that is only six weeks long.

Every brand should have a new idea of the week. 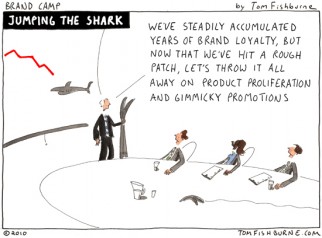 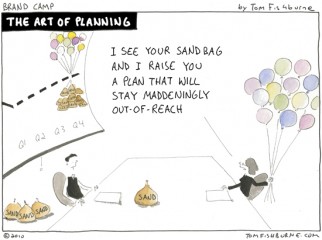