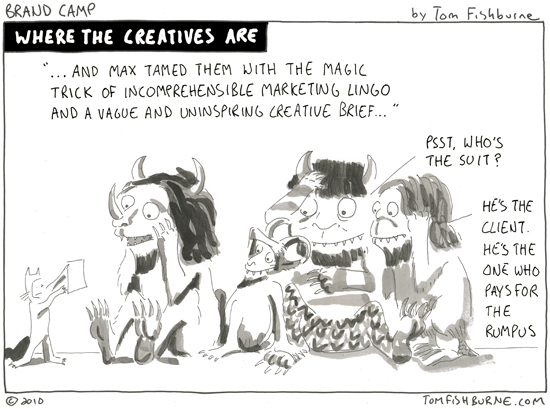 It cracks me up whenever I hear a creative director referred to as “the Creative”.  It makes it sound like creative directors belong to a different species.  We wouldn’t refer to “the Supply” or “the Accounting”.  But “the Creative” is often referred to in this strange third person (as parodied in this clever video from an agency: “Creatives grow better in the Southwest.”)

I think there is a skewed sense of creativity in most business environments.  When creativity is needed, we go off-site for an isolated brainstorm.  Or, we pull in special people at outside agencies.  It is treated as something Other.  There is not enough emphasis on everyday business creativity.

When creativity is outsourced, we lose detail in translation and creative decisions become detached from business decisions.  The client/creative director dynamic is often strained and awkward.  Many creative briefs are bland and uninspiring.  And many creative directors don’t really understand the dynamics facing the client’s business.

I’m a big fan of in-sourcing as much creativity as possible. When creative directors have a consistent seat at the business table, they add creative insight throughout the business, not just when a creative piece of work is required.  Plus, any creative output becomes tightly linked to the business issues.

I spent an afternoon once at Fruit Towers in London comparing the method model with the innocent model.  We called it “ordering in”. 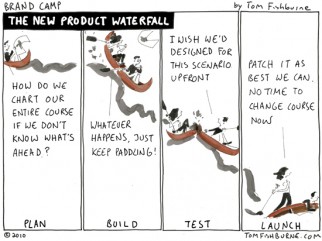 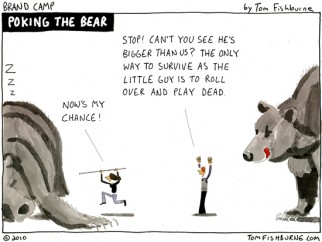