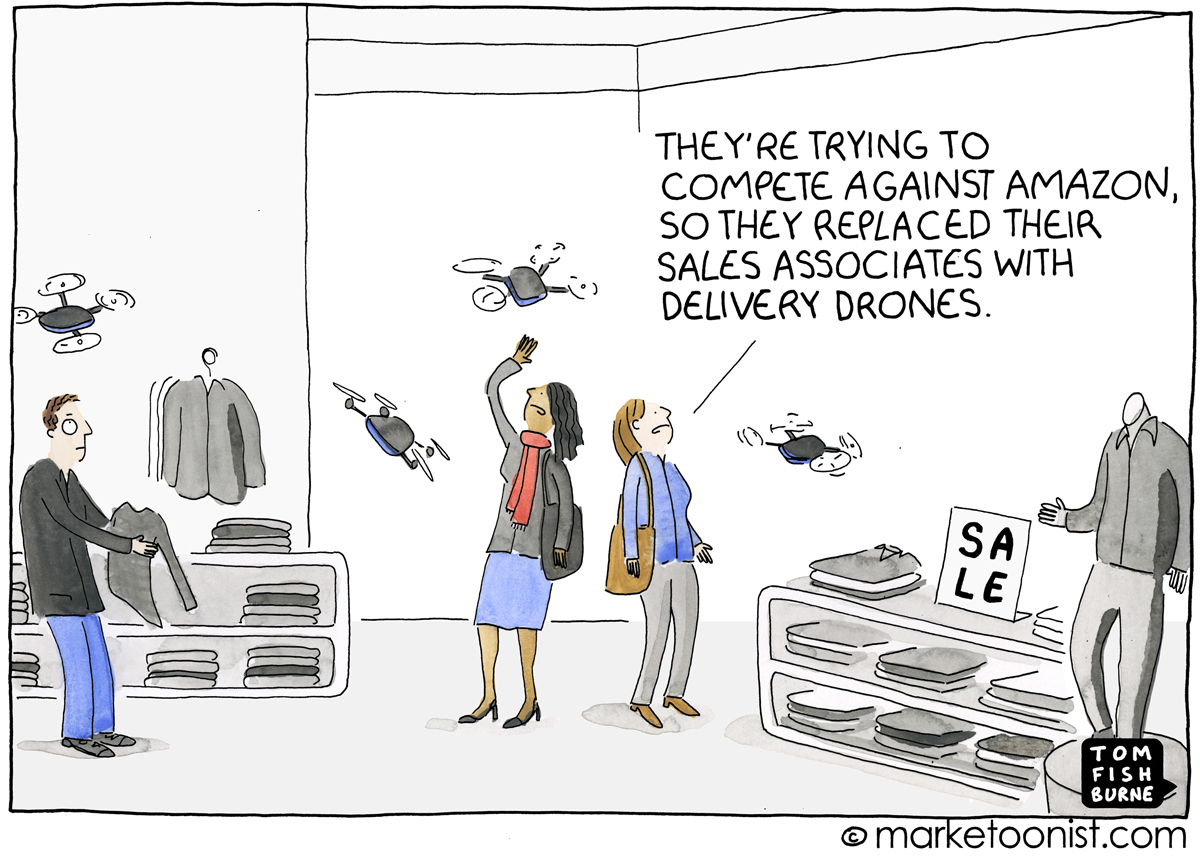 “In the age of Amazon, retailers must leverage assets that Bezos doesn’t have: When Amazon zigs, retails must zag.”

This was a quote from NYU Stern professor Scott Galloway in a Fast Company report this week on “The Future of Retail in the Age of Amazon.”

Some analysts are calling this era a retail apocalypse. In the US this year, 8600 stores shuttered and Credit Suisse predicts that a quarter of all malls in the US will close in the next five years. Amazon currently makes up 5% of total US retail sales and in the next five years will grow to own half the online market.

Those are tectonic shifts in retail and retailers are scrambling to figure out how to compete. Naturally, much of this work focuses on adopting the strengths of Amazon — efficiency, recommendation algorithms, personalization, etc. And yet retailers can’t expect to out-Amazon Amazon.

Dave Gilboa, co-founder of Warby Parker, recently toured Amazon’s futuristic new Go store in Seattle. “Play that concept forward and you can imagine this dystopian experience where you have no human interaction at all,” he says.

Rachel Shechtman founded a Manhattan concept store called Story that “takes the point of view of a magazine, changes like a gallery and sells things like a store.” Her founding insight:

“There would be no retail if it weren’t for merchandising, so why isn’t anyone talking about it anymore? Merch assortments designed by spreadsheets and algorithms is what’s killing department stores.”

Vibhu Norby, founder of a concept retailer called B8ta, had a similar take:

“Designing stores for throughput is how we ended up with 10-by-10 walls of Tide at Safeway.”

It will be fascinating to see how retail evolves in the next few years.

Here are a couple related cartoons I’ve drawn over the years (including a 2003 Walmart cartoon): 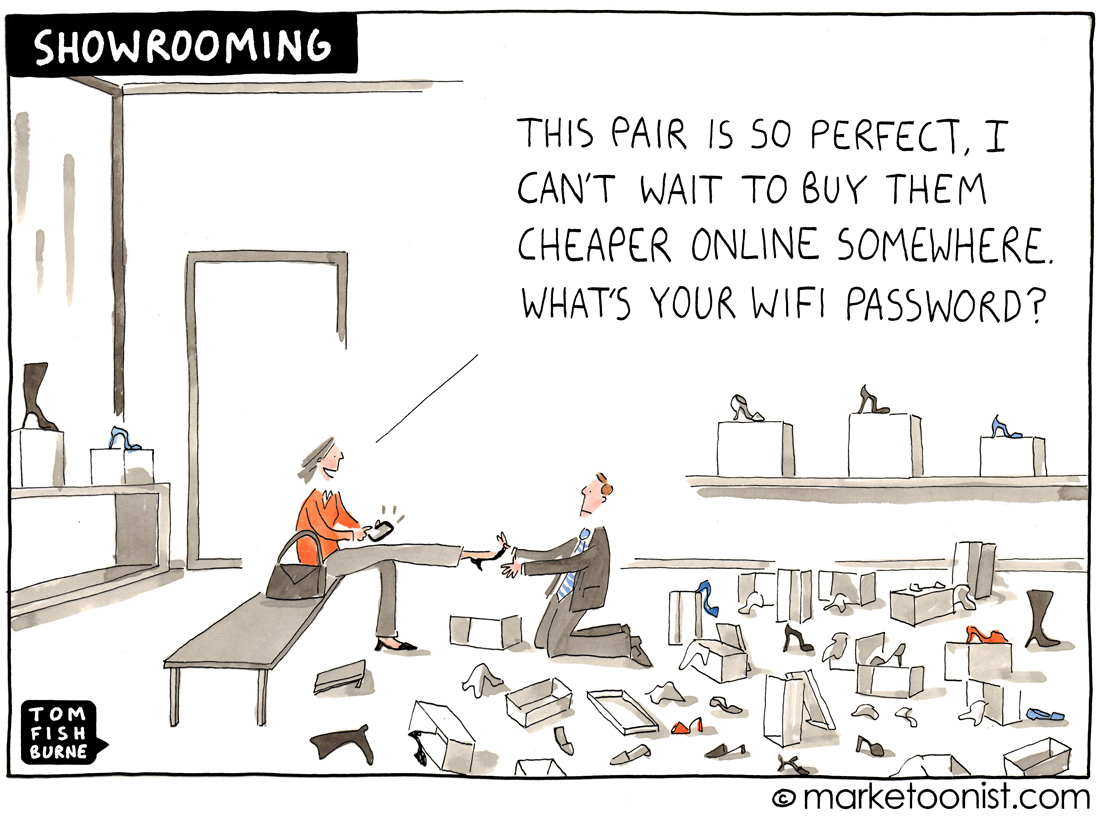 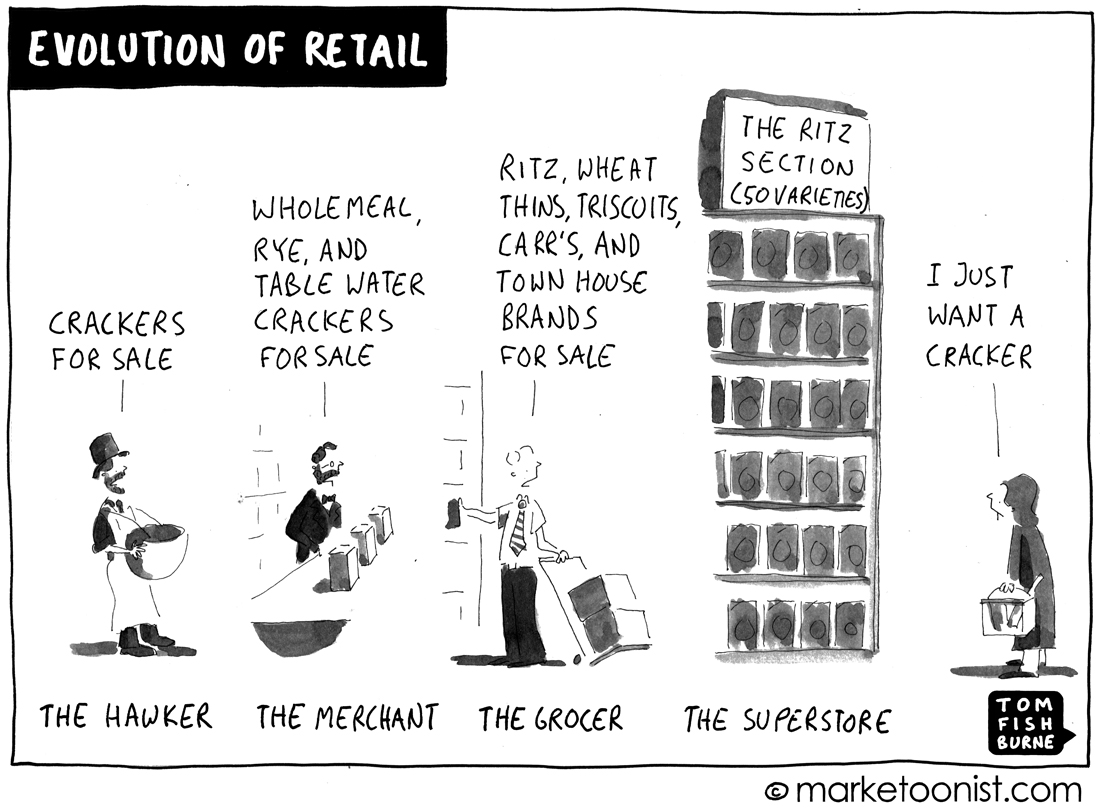 “The Power of Bentonville” October 2003 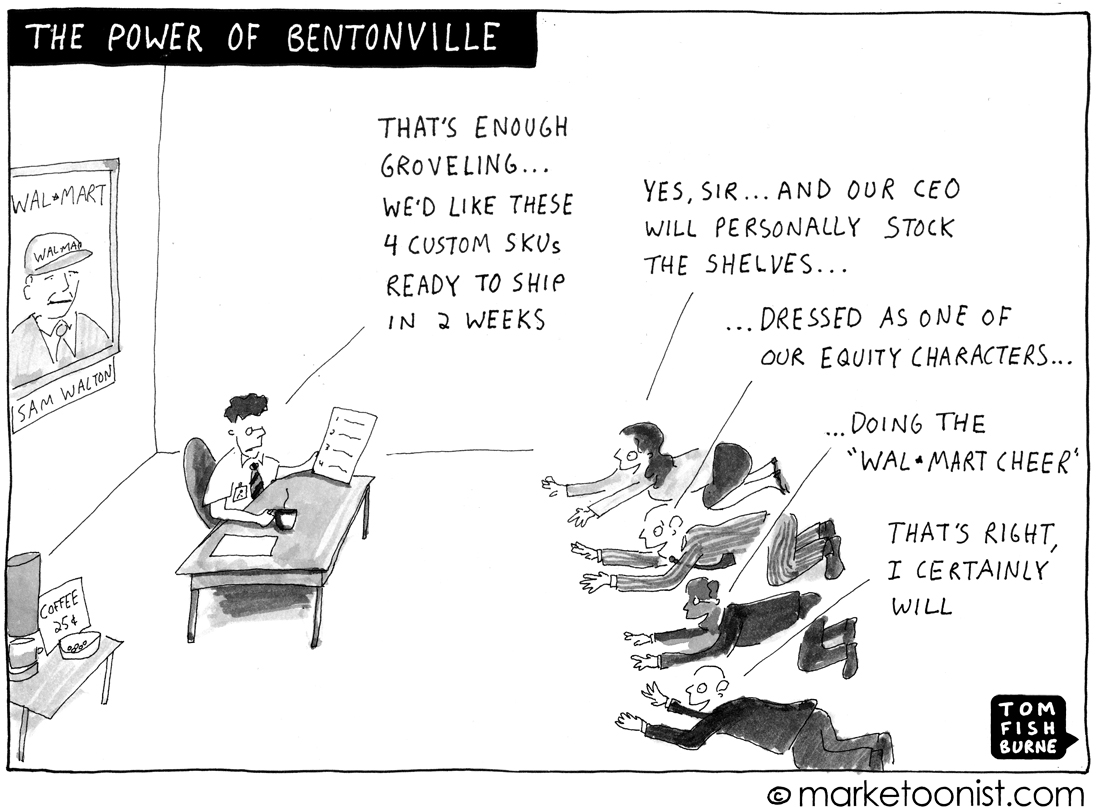 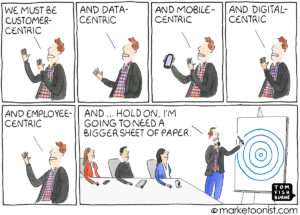 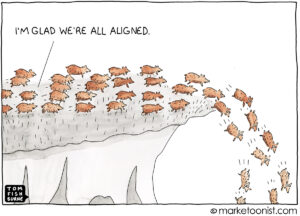