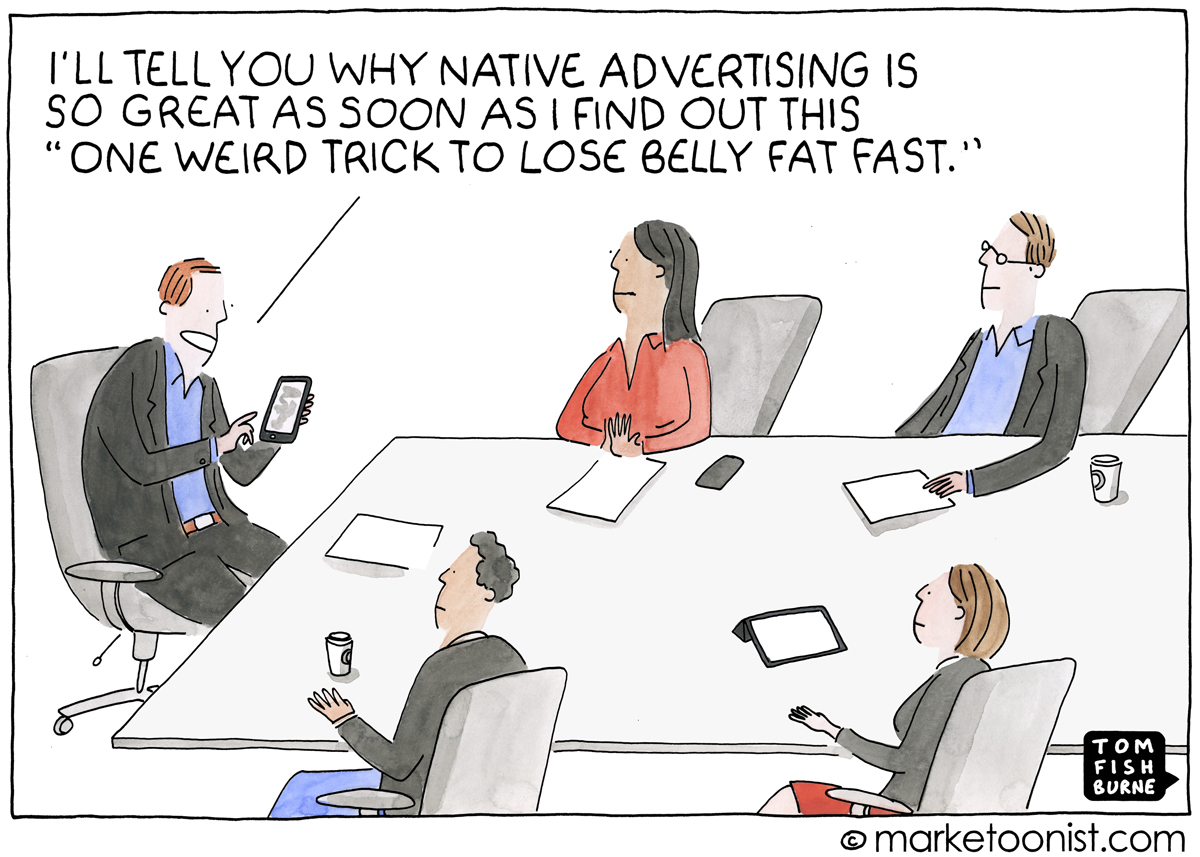 Their principle analyst Lauren Fisher concluded, “Growth of native digital display is being driven by publishers’ pursuit of higher-value and more mobile-friendly inventory, as well as by advertisers’ demands for more engaging, less intrusive ads.”

The pioneering show piece of native advertising was the New York Times 2014 piece on women inmates that turned out to be a sponsored post from Netflix to promote “Orange is the New Black.”

And yet native advertising is dogged by a legacy of click bait. Any glimpse at a “around the web” or “promoted stories” section reveals the bottom of the barrel of quality. John Oliver famously described native advertising as “repurposed bovine waste.”

Native advertising deliberately blurs the lines of advertising and editorial. That’s part of its appeal, but its also what can make it a dodgy practice. A 2015 study from Grady college revealed that only 8% of people were able to identify native advertising as a paid marketing message.

And a third of publishers still aren’t meeting the native ad guidelines of the Federal Trade Commission that advise how to label sponsored content.

It will be interesting to see how publishers and brands navigate these lines as native advertising becomes even more mainstream. The promise of “more engaging, less intrusive ads” is appealing, but marketing has to evolve beyond the “one weird trick”.

Here’s another cartoon I drew on Native Advertising in 2013. 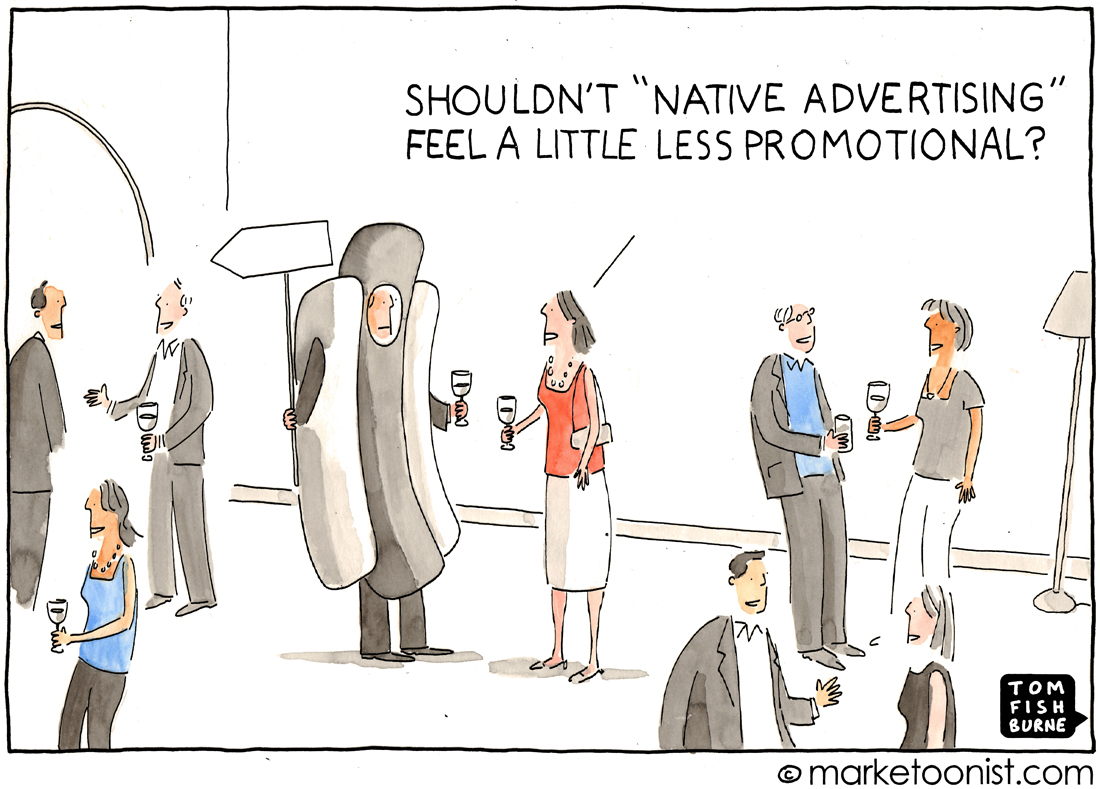 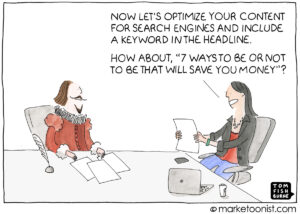 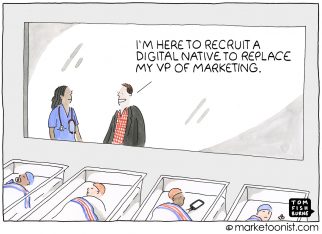