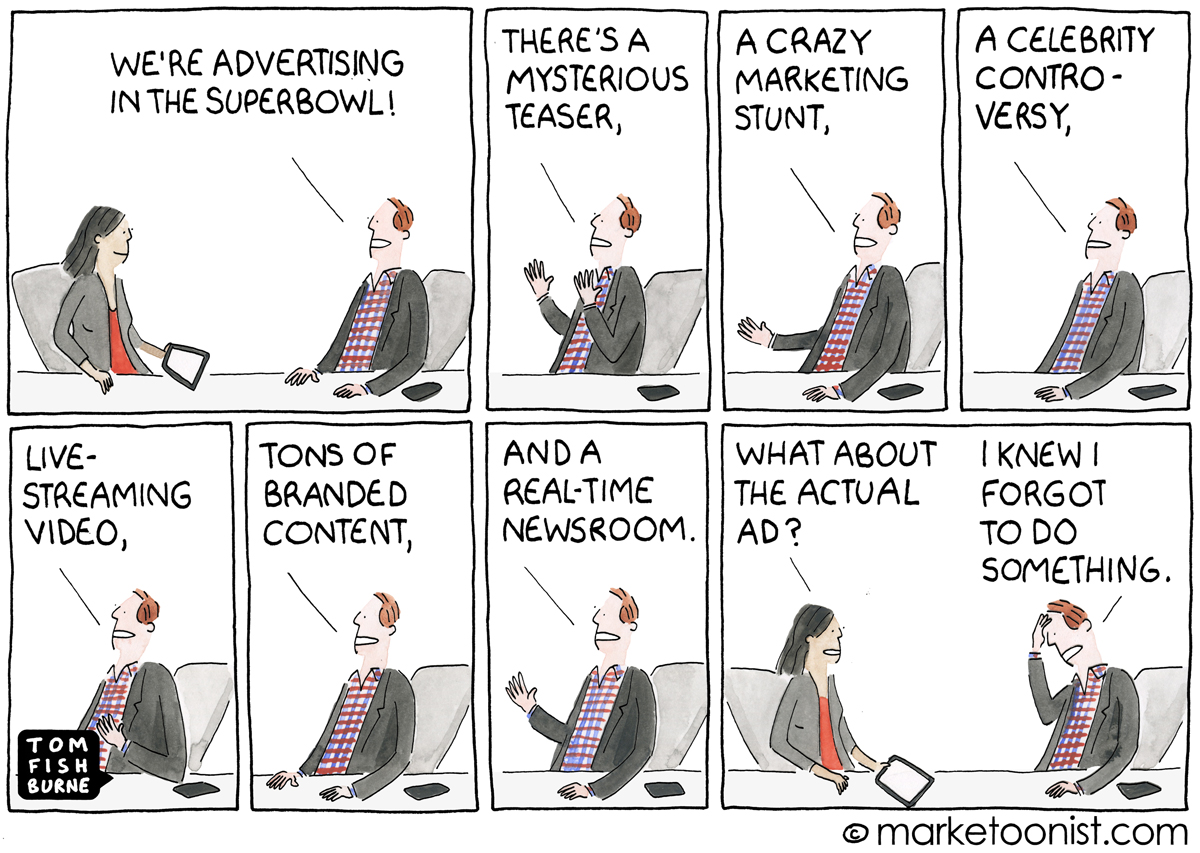 Super Bowl ads are running $5 million for a 30 second spot this year, twice what they cost 10 years ago. But the ad itself is increasingly only the start.

Brands are now investing an extra 25% on top of the media spend to advertise the ads they’re advertising in the Super Bowl.

“There’s become more of a ‘game around the game’ in terms of ensuring that really pays off in a big way,” said Mary Scott from a sports marketing agency called UEG.

That emphasis on the “game around the game” is an interesting shift and evolution from when brands first started teasing ads before the game in 2011.

Marketers are looking for more creative and immersive ways to up the ante. Snickers is introducing the first live Super Bowl commercial, along with a 36-hour live stream.

“It’s more and more difficult for people to talk about the ad and see our ad and get noticed, so that’s why we are taking an approach that is more about creating a platform. Television advertising continues to be an important part, but on its own it’s not enough anymore,” said Mars VP Berta De Pablos-Barbier.

I was struck by this comment from Mark DiMassimo, CEO of ad agency DiMassimo Goldstein.

Here are a few cartoons I’ve drawn about Super Bowl advertising over the years. 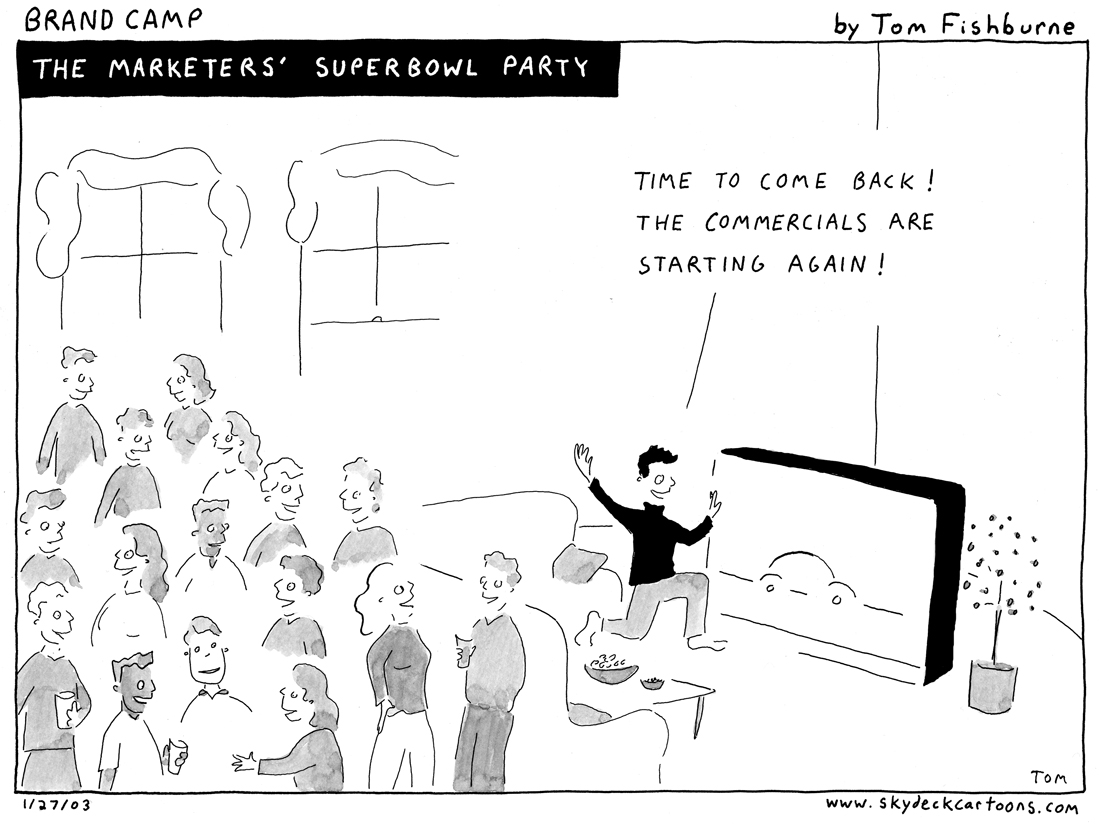 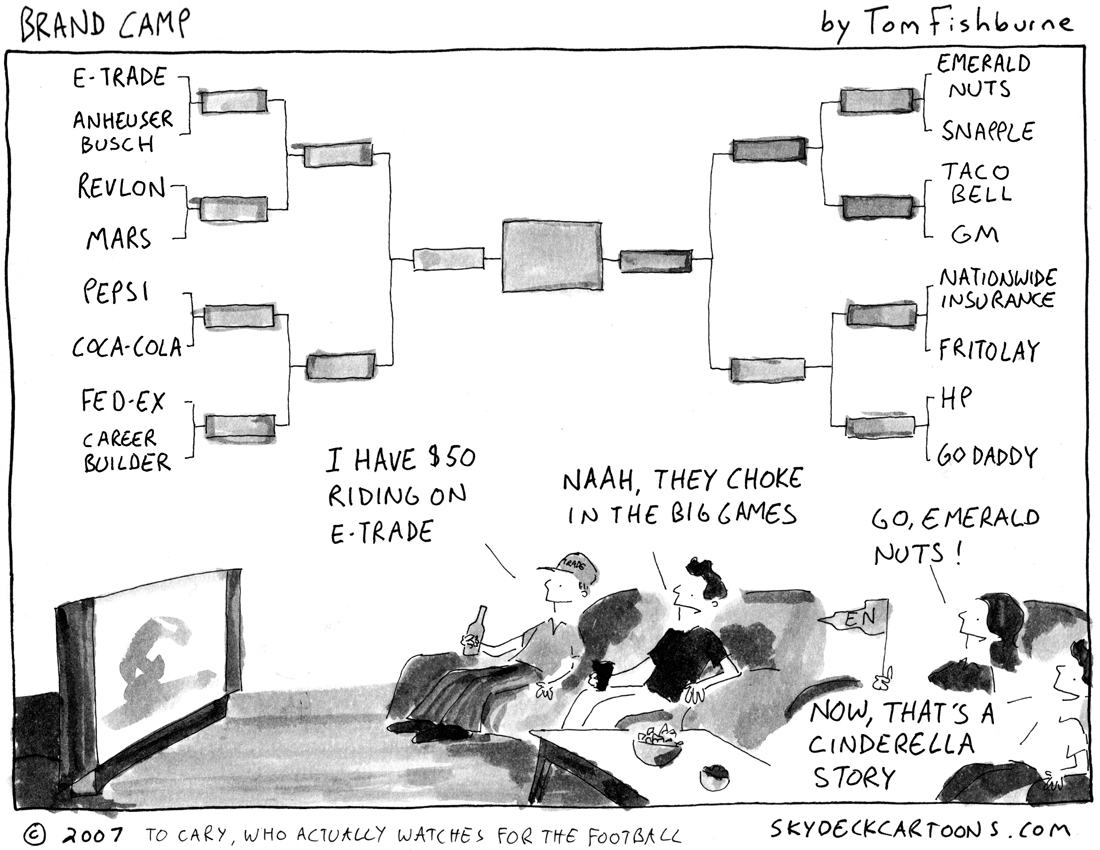 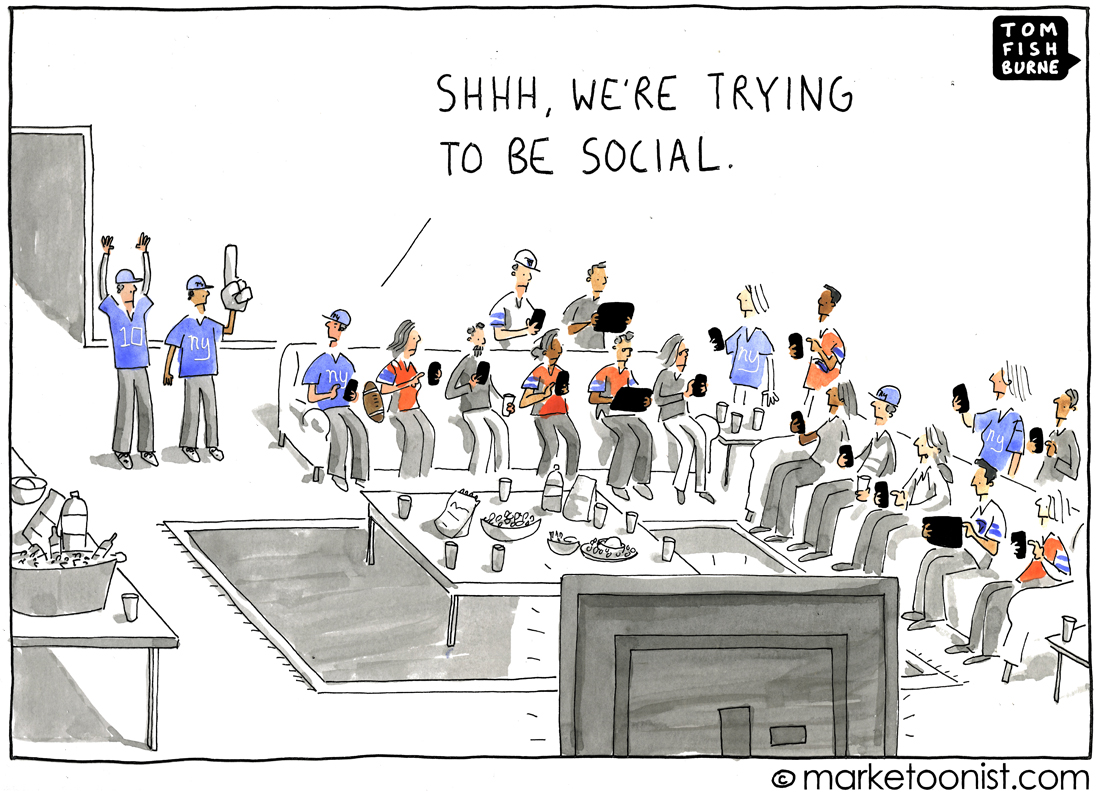 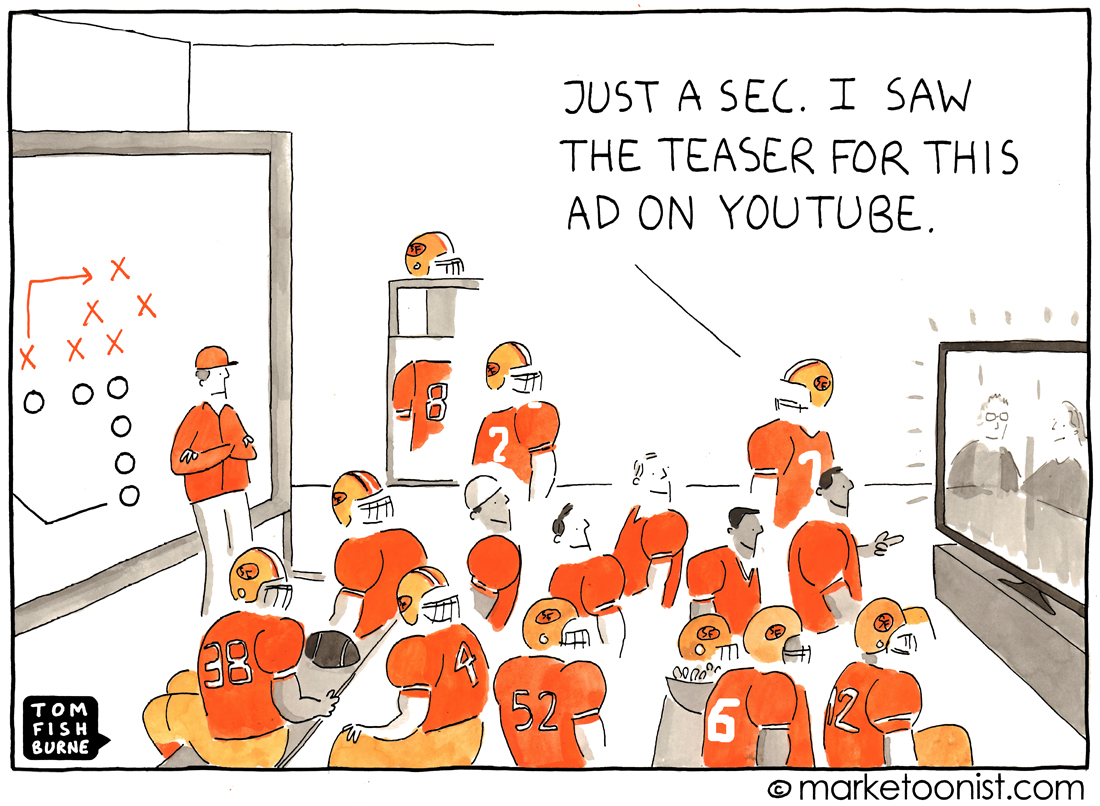 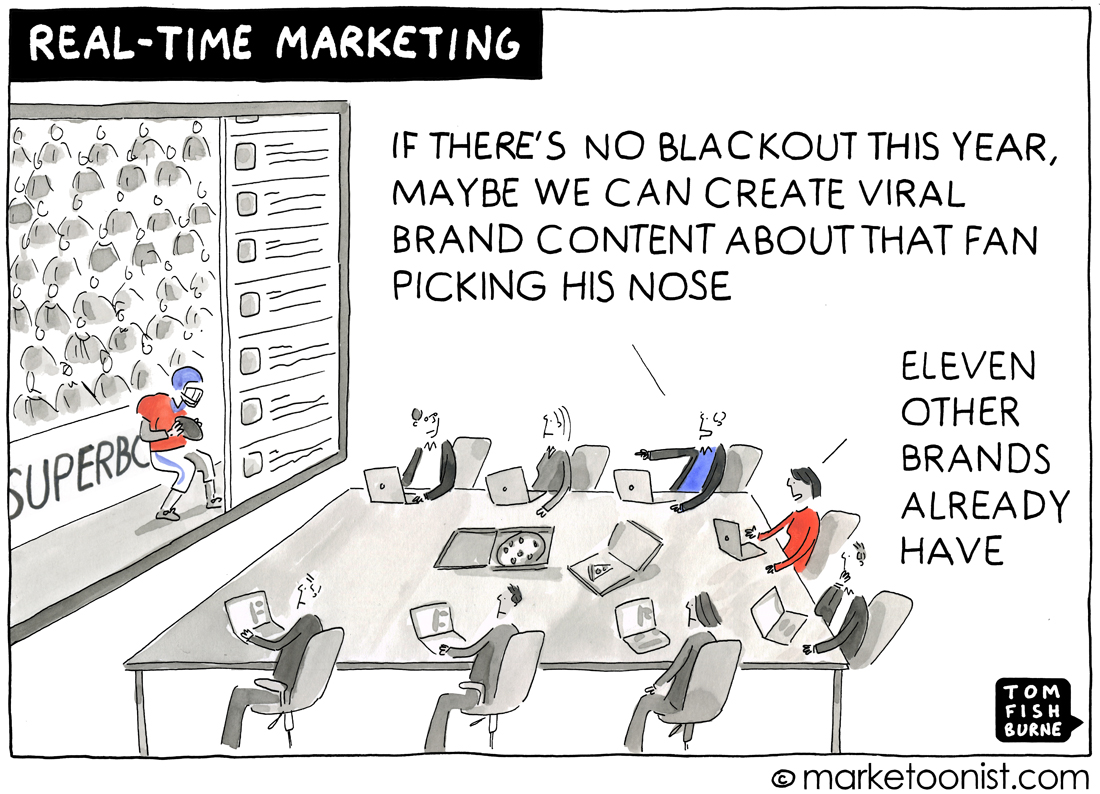 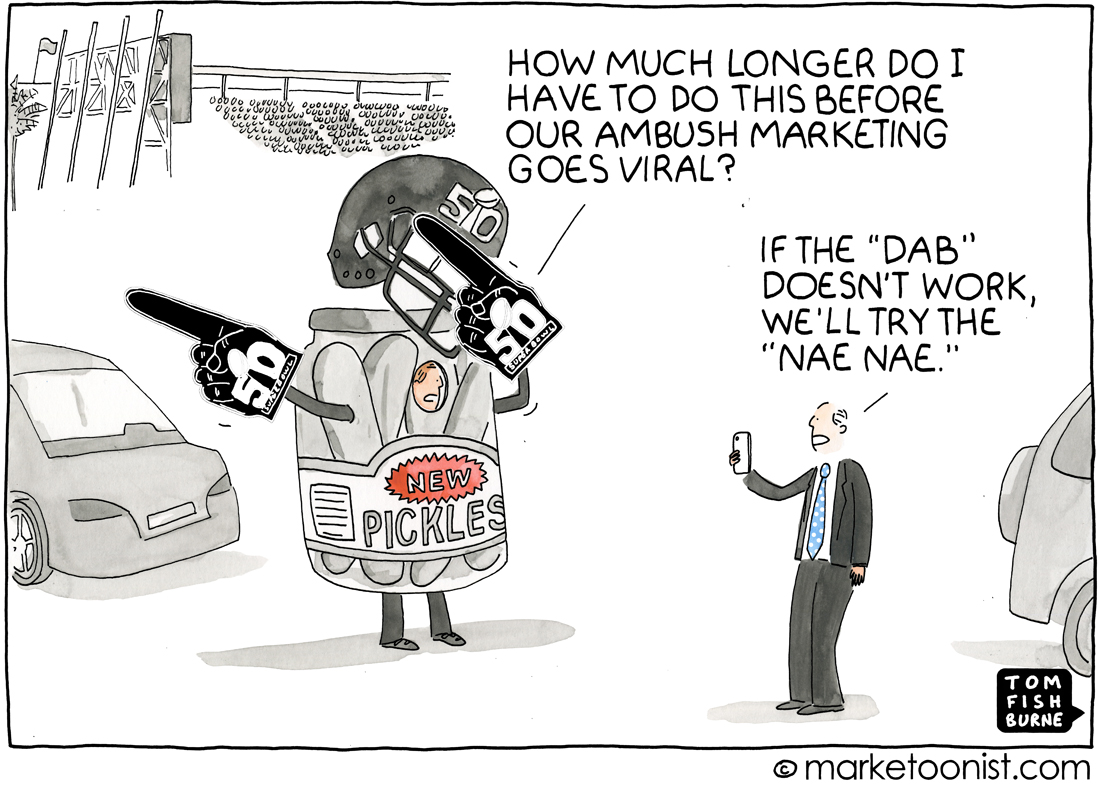 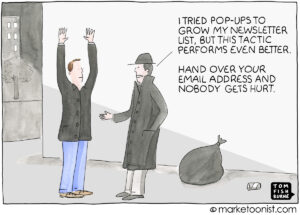 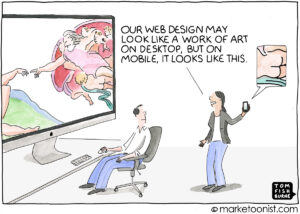