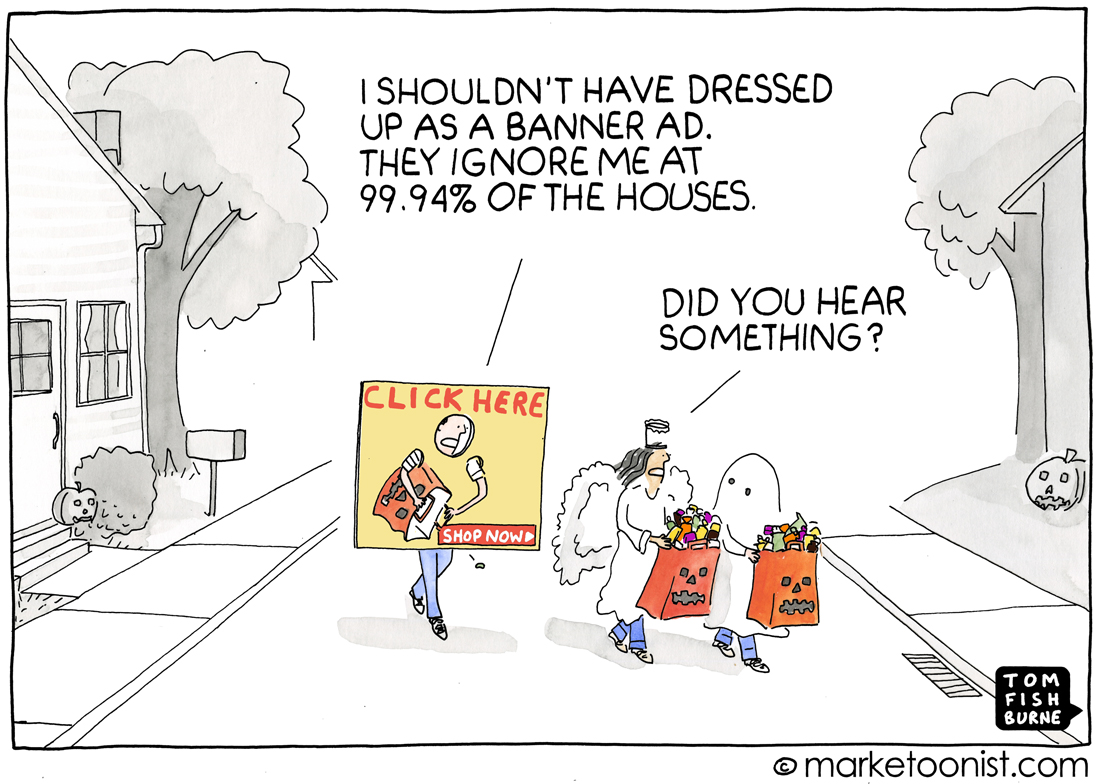 The average click through rate of a banner ad is 0.06%, which I’ve heard described as lower than the average failure rate of birth control.

In the vein of my last post on Ad Blockers, I stumbled across a fascinating HBR article from Joe McCambley, one of the creators of the very first banner ad in 1994. That banner ad, for AT&T, boasted a whopping click-through rate of 44%. Joe wrote “my children tell me that’s like inventing smallpox.”

In the article, Joe describes how mobile advertising revenues are growing from $4.06 billion in 2012 to $20.89 billion in 2016. And many of those ads are descendants of the banner ad:

“Unfortunately, ad agencies have been taking the worst ad experience ever invented — banners — and simply shrinking them to fit mobile screens. For consumers who are focused on getting things done, banners are a nuisance at best, and invisible at worst. Recent studies by Trademob show that about 40% of clicks on mobile banners are due to ‘fat finger syndrome,’ meaning consumers click on mobile banners by mistake, or because advertisers trick them into clicking.”

Joe argues that marketers of the future will need to reframe the question they ask consumers from “What can I sell you?” to “How can I help you?”.

“Advertisers and their agencies, for the most part, don’t know how to be helpful. Thirty-second TV commercials, print ads, radio ads, and direct mail are all forms of content. But nobody’s addicted to them, because most ads ask, “What can I sell you?” Thousands of people have saved every issue of National Geographic in their attics. How many have saved every Viagra ad ever created?

“The future of advertising lies not in ads as we’ve known them, but in helping all those people on all those elevators get stuff done, or entertaining them. The companies and people that understand content, and utility, will be the ones to thrive … To remain relevant to consumers who spend hours each day focused on smaller screens trying to get stuff done, marketers will have to think like publishers and technology companies.” 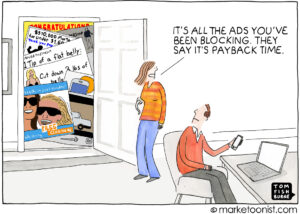 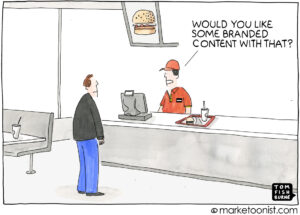