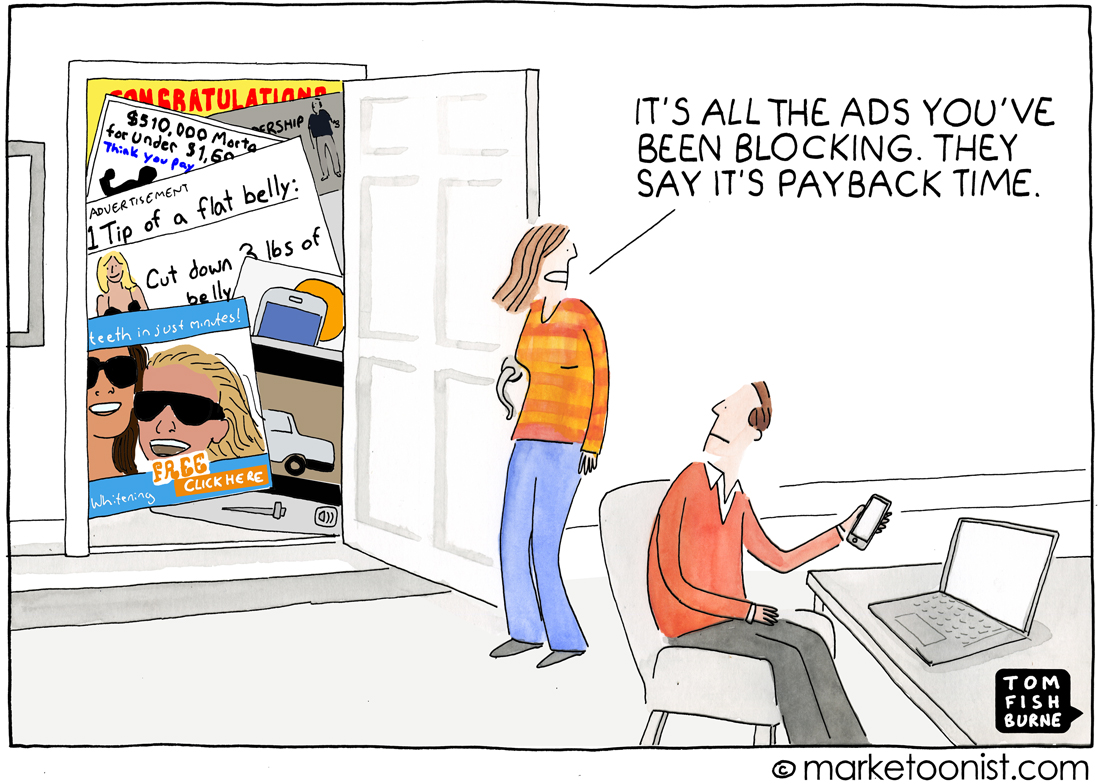 The Interactive Advertising Bureau issued a remarkable mea culpa last week about the state of online advertising. In response to the rise of ad-blocking software, IAB VP Scott Cunningham said digital advertisers should take responsibility for annoying people and driving them to use ad blockers:

“We messed up. As technologists, tasked with delivering content and services to users, we lost track of the user experience….

“We build advertising technology to optimize publishers’ yield of marketing budgets that had eroded after the last recession. Looking back now, our scraping of dimes may have cost us dollars in consumer loyalty…

“The consumer is demanding these actions, challenging us to do better, and we must respond.”

This is a fundamental shift in vantage point for the Ad Tech world. In 2013, LUMApartners famously created its first LUMAscape capturing all of the fragmented, disparate Ad Tech players involved in the processing of serving up an ad to a consumer. It’s an industry organized around itself, not around the needs of the consumer. Thus we see retargeting ads for sweaters we’ve already bought, video ads that auto-play with sound, and pop-ups that take over your screen. 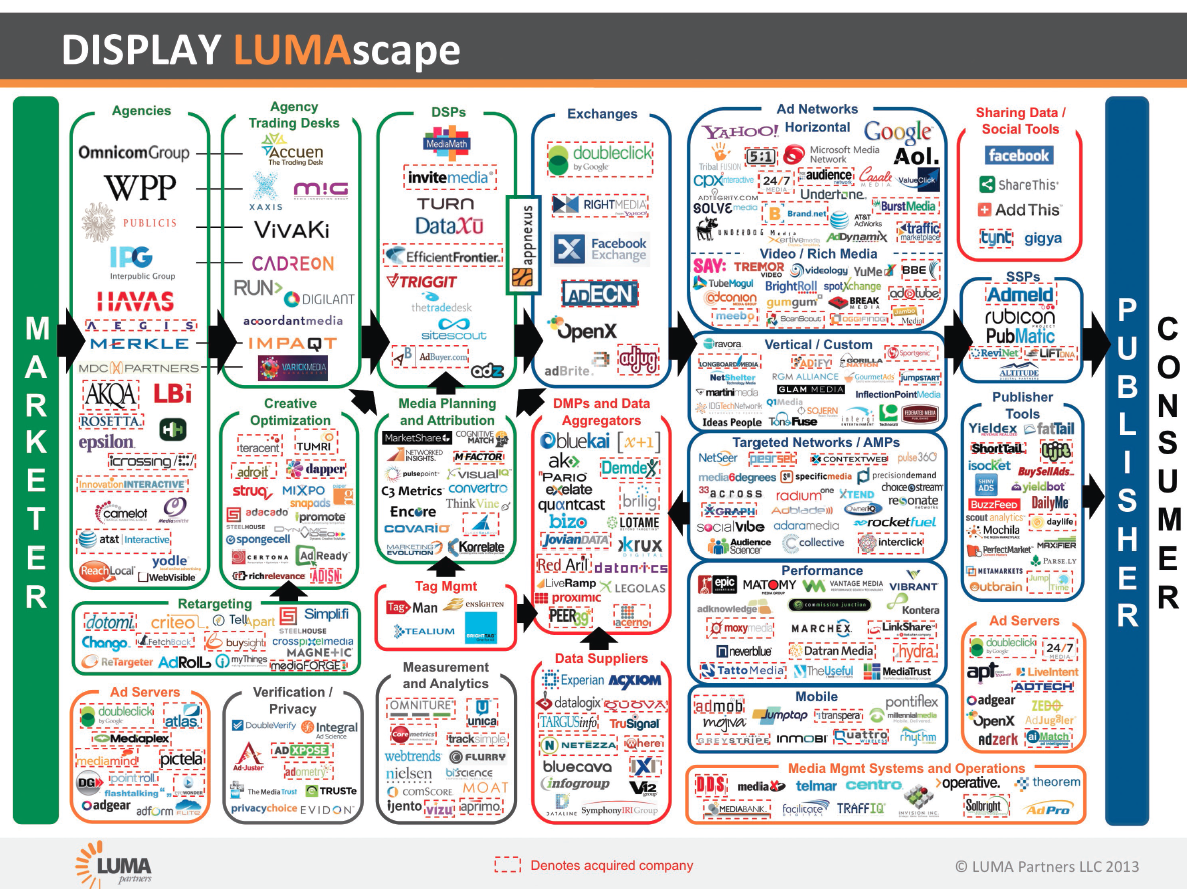 The rise of ad blockers represents a significant identity threat for advertisers and publishers. But it also highlights a truism of modern marketing – there is no such thing as a captive audience. All media is earned media. Even when marketers pay for media, we have to earn people’s attention.

I’d love to hear your thoughts on the implications for ad blockers for marketers. 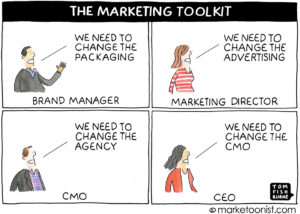 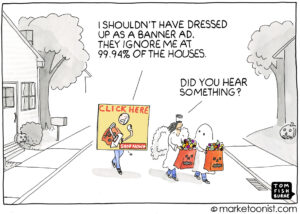