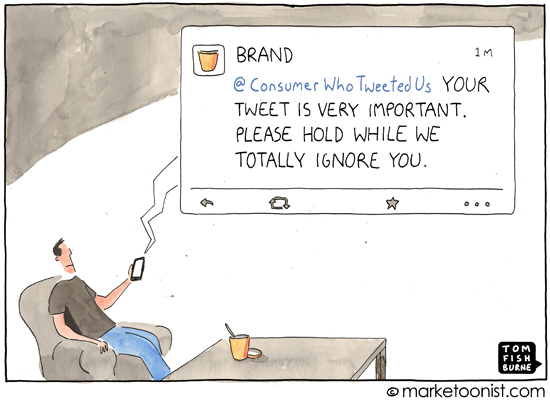 Many brands are hardwired for one-way conversations. These brands work hard to limit the time actually engaging with consumers. They consider call centers as cost centers. They sometimes program the call center computer voice to say that “0” is not a valid option because they don’t want to pay for anyone to talk to a live person.

These brands may give lip service to two-way conversations, but its superficial. They use social media as a megaphone. They may search for positive comments about the brand to retweet, but they don’t actually solve anyone’s problems.

I was pleasantly surprised recently with a conversation I had with United Airlines over Twitter. I was scheduled to fly from SFO the day of the Asiana tragedy, which messed up flights for a week. I ultimately drove the 6 hours to LAX to fly from there, but I couldn’t get through to United by call center. I was on hold for over two hours, and finally lost the call driving to LA.

Out of desperation, I tweeted @United. I didn’t hold much hope because I’ve had rotten service experiences with United (several bad enough to inspire three different cartoons). But to my surprise, @United not only replied relatively quickly, they were able to change my flights through a series of DM messages, 140 characters at a time.

Any brand can outsource social media to have superficial conversations. What is impressive are brands that can use social media to actually solve their customers’ problems. If only United could adopt this mindset in other areas of their organization, but it’s a start.

I’d love to hear your thoughts on brands that excel at the two-way conversation. 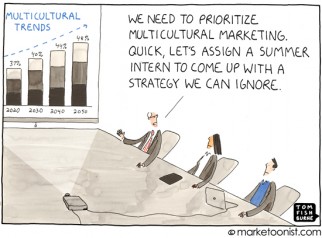 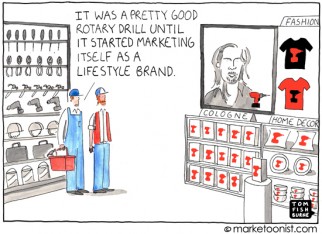