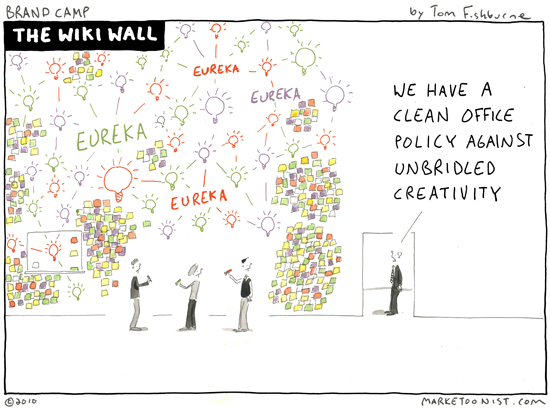 We can thank adman Alex Osborn for the brainstorm (he’s the O in agency BBDO). In 1948, Alex noted that most offices were full of “discouragement and criticism which so often cramp imagination”. So he invented the brainstorm as a break from the day-to-day office environment. In a brainstorm, ideas could blossom safely before being subjected to critical thought.

Brainstorming helped, but it didn’t address the underlying problem that offices “cramp imagination”.  Ideas don’t conveniently appear in a once-a-quarter brainstorm, just because a group is gathered in a room with beanbag chairs, sticky notes, and those rubber squishy ball toys. Ideas come continuously and in different ways to different people. Some are “slow hunches” that take months to take form. After the brainstorm, all of the flip charts and notes are packed away and the whiteboards are cleaned to make room for the next meeting. There’s no institutional memory.

Another big issue with the once-a-quarter Brainstorm approach is that creative ideas are needed throughout the course of a project, not just at the fuzzy front end. Imagination is needed at every cross-roads, pitfall, and setback. If the office environment is full of too much “discouragement and criticism”, ideas are weakened and made smaller at each of these bumps in the road.

Projects are not the result of one Eureka moment at one point in time. They are the cumulative result of hundreds of minor and major Eureka moments throughout a project.

Instead of escaping the office to go to Brainstorms, we should address the office culture itself. We can make our everyday office more conducive to growing ideas. Instead of calling a brainstorm, build a Wiki Wall. At method, we had floor-to-ceiling magnetic whiteboards on every vertical surface. We called it the Wiki Wall. Ideas are grouped by project. Everyone could add to an idea at any time over the entire course of the project. Pictures and prototypes are added for all to see, comment, and build on. Slow hunches have time to take root.

The Wiki Wall becomes a living embodiment of the project. It also becomes a symbol to the organization of collaborative creativity. It rebels against the clean office policy. I was interested in my last tour of IDEO that it is filled with Wiki Walls. Theirs are rolling partitions that chronicle the evolution of their projects from start to finish.

I’m a big fan of IdeaPaint. They invented a paint that turns any surface into a whiteboard surface. Walls, tabletops, floors, and ceilings are all areas for continuous creative thinking. Their insight is that small whiteboards lead to small ideas.

So do small Brainstorms. 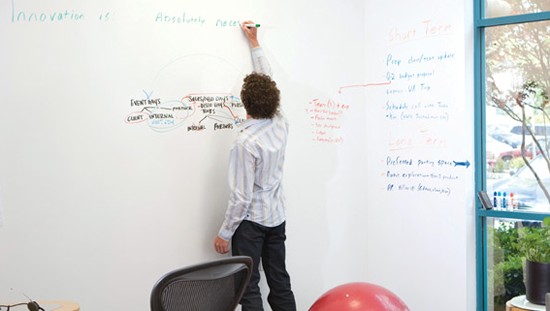 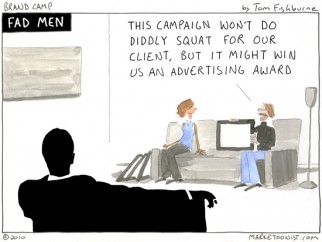 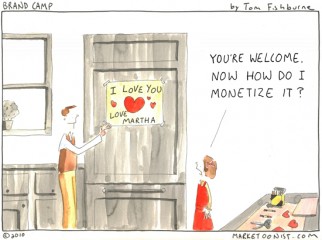