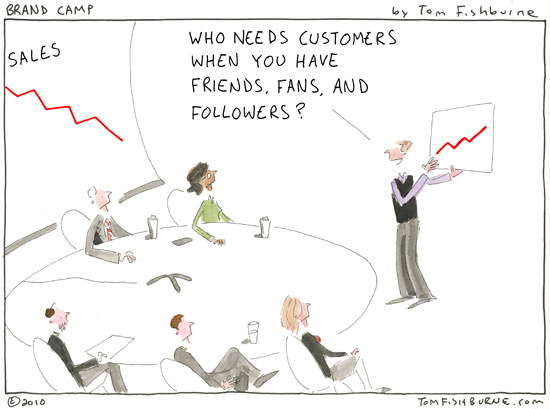 In the social media bandwagon, brands place a lot of emphasis on the absolute number of friends, fans, and followers. They treat that number as a proxy for how well the brand is reaching its audience. The assumption is the bigger the number, the more effective the outreach.

Six years ago, Häagen-Dazs followed a consumer landgrab strategy with a loyalty program that aimed to build a 500,000 member database of “loyalists”. The focus was on quantity, not quality, and the tactics to grow the audience were close to bribery. Consumers received lucrative incentives and monthly gifts to agree to be on the list. However, it was a shallow connection at best. The profile became deal hunters, not true brand loyalists. Häagen-Dazs ultimately killed the program when they discovered that a 500,000 member database of shallow names actually held very little value.

“Many brands and idea promoters are in a hurry to rack up as many Facebook fans and Twitter followers as they possibly can. Hundreds of thousands if possible. A lot of these fans and followers are faux. Sunny day friends… A slightly better idea defeats a much bigger but disconnected user base every time. The lesson: spend your time coming up with better ideas, not with more (faux) followers.”

Some brands make a mistake at the other extreme by blowing all the stops on a tiny group of influencers. One brand I know created ridiculously expensive branded environments to reach twelve consumers at a time. They identified these twelve as influencers and banked that they would spread the word to many, many more. While impactful to those who participated, you obviously can’t build a brand efficiently reaching only dozens of consumers at a time.

The right balance is to be both high-touch and high-scale. My favorite example is gDiapers, which taps a willing base of gMums to help spread the word. These advocates even go so far as to conduct in-store demos on behalf of gDiapers for free because they love the mission of the brand so much. Co-founder Jason Graham-Nye didn’t create the progam from scratch. He didn’t set out to create a 500,000 member database. Instead, he discoverd that consumers had self-organized a Yahoo group to talk about the brand and he simply looked for ways to channel that passion. A remarkable product proposition had to come first.

Rather than chase fair-weather friends, fans, and followers, inspire your gMums. 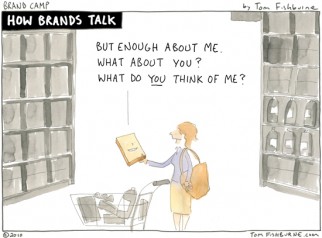 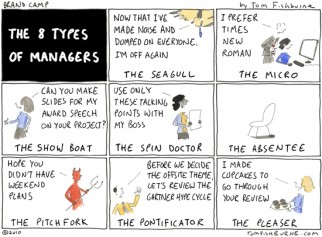