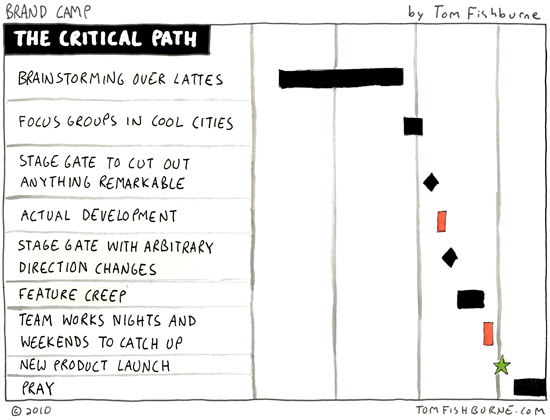 I’m gearing up to talk at SXSW in Austin in March.  My topic is titled “Drawing Board: Innovation Lessons from Cartooning” and it’s loosely based on a few talks I gave last year about cartooning as a metaphor for innovation.  Both activities involve coming up with ideas and bringing them to life.

As I prepare for the talk, I’ve been thinking a lot about why so many new products are mediocre and uninspiring.  I don’t think they result from a shortage of ideas.  Instead, I think that the blame falls on the innovation process itself.  Far more important than the Eureka moment in the Ideation is what happens back in the office long after the flip charts and markers are put away. The magic is in the process. Great ideas are either watered down or made stronger depending on how they are brought to life.

The Critical Path is a project management process coined by DuPont in the 50s.  It boils down a project into the few key steps that dictates how long a project will take.  Far too often, the Critical Path gets bogged down by inconsequential stuff.  Too much emphasis gets placed on upfront navel gazing and not enough on actual development.

The result is that the edges get sanded in development and the ideas (however well brainstormed) become less and less remarkable.  This is ironic because ideas theoretically should become stronger by the diversity of thought that goes into them.

The best rule of thumb is to get to development quickly and start building prototypes. Prototypes are the best way to communicate ideas, dispel naysayers, rally the troops, predict flaws, and spark improvements. 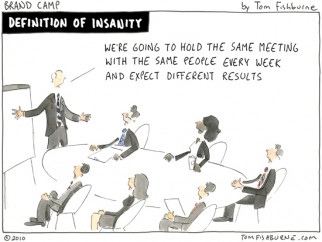 the six types of ideas 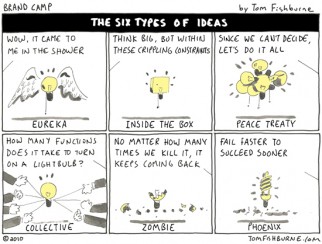