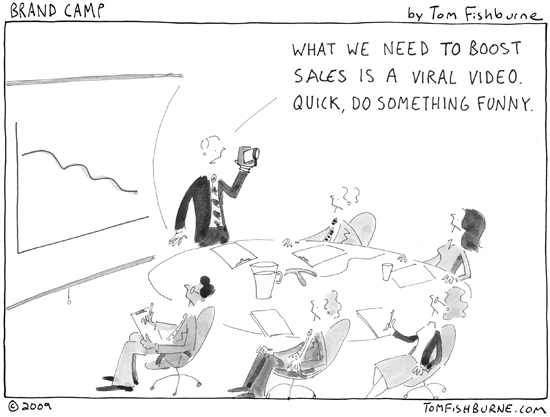 Back in 2001, BMW created an internet-only series of short films called The Hire directed by big name directors like Guy Ritchie and John Woo. All of the films featured a pre-famous Clive Owen driving a BMW in different assignments around the world (my favorite involved Clive driving around Madonna).

Over four months, the films were seen 11 million times and spiked BMW sales by 12% (and helped launch Clive’s career). They effectively pioneered viral video marketing. I remember seeing these films in 2002 and marveling at how a brand could create content that interesting and compelling.

Viral video marketing has exploded in the years since (and you no longer need Guy Ritchie to direct them). Along the way, there have been some great standouts like Smirnoff’s Tea Partay, but also a lot of complete rubbish.

This year, it feels like every marketing plan features viral video as a tactic. Yet, many brands treat these videos in the same dull way as placing a grocery cart ad or staging an on-pack promotion. They feel like infomercials. These brands assume that if they build it, viewers will come (and watch, and share).

I thought that Volkswagen struck the right chord with its launch of The Fun Theory last week. VW created a clever series of videos around the simple principle of creating change for the better by making them more fun. They communicate a lot about VW and their environmental approach, but in a way that is not heavy-handed.

Another personal favorite is David Mitchell’s Soap Box series, put on by Bulldog, a young 5-person brand of men’s natural grooming products in the UK. I had lunch with Simon and Rhodri, the two Bulldog founders, last week. They compete against the largest CPG businesses on the planet, and need to find ways to break through the clutter and level the playing field. In this video series, they commissioned David Mitchell, a well-known British comedian, to riff on a variety of 3-minute topics. Here’s one I enjoyed that pokes fun at some of the language in traditional marketing. 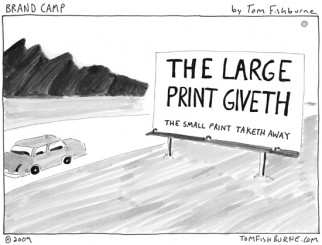 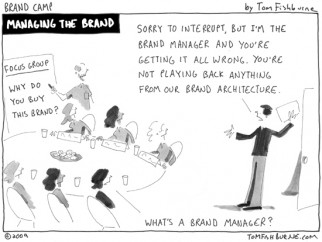