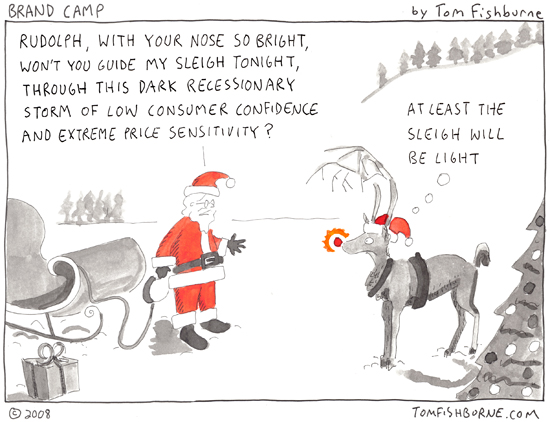 The nice people at the UK Marketing Society asked me to donate a cartoon for their Christmas card this year.  So, I came up with this.

As I kicked around a few ideas, I realized this cartoon would be particularly relevant this “Black Friday” weekend (the Friday after Thanksgiving in the US and the official start of the Christmas shopping season).

Along with my cartoon, the UK Marketing Society is including an article from Google called “Speeding up in the slowdown”.  I like that sentiment.  It includes a quote that “history tells us that slowdowns are when winners get ahead. The performance gap between the most successful companies and their competitors becomes greater than during a growth period.  The winners continue investing in growth and focus on profitable products and customers while carefully managing costs.”

Just as I was wondering about examples of companies actually “speeding up in the slowdown,” I heard from my friend Sam who launched his new company literally two weeks ago.  It’s called DealBase.com, and analyzes travel deals, showing consumers how to save money on their travels.  If anything, the current economic climate will make it even easier for Sam’s new company to succeed (even as others struggle).

Rudolph has a long night ahead, but I like the metaphor of having a bright red nose to find opportunities in the storm. 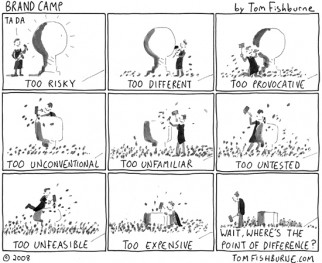 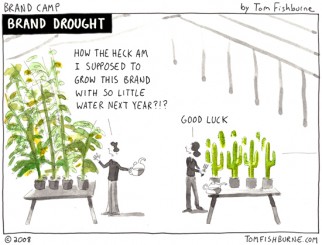