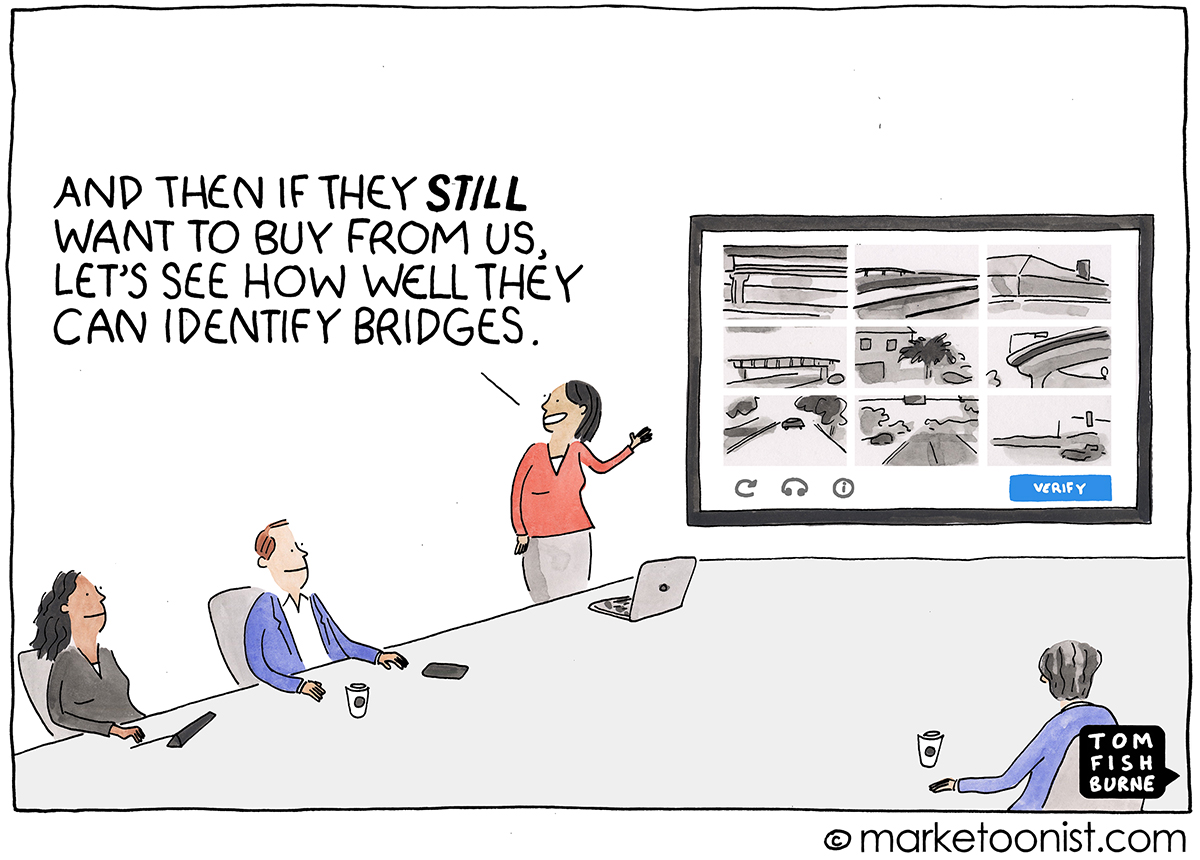 This is driven by a number of factors, but friction in customer experience plays a big role.  One study pegged that a quarter of people abandoned shopping carts because the checkout process was too complicated.

That friction happens sometimes by design and good reasons — such as legitimate efforts to deter bots.  But I think we have to continually evaluate whether the solution is worse than the problem.

The CAPTCHA arms race is a case in point.  Invented in 1997, CAPTCHA is an acronym for “Completely Automated Public Turing test to tell Computers and Humans Apart.”

From its first generation that asked people to interpret distorted letters, CAPTCHA has added increasing complexity over the years to try to outpace the ability of computers to catch up.

One Google test in 2014 pitted a machine-learning algorithm against humans to solve CAPTCHA problems.  The algorithm was successful 99.8% of the time; humans only 33%.  In trying to keep ahead of computers, the technology can outpace humans.

As Josh Dzieza observed in The Verge:

“The problem with many of these tests isn’t necessarily that bots are too clever — it’s that humans suck at them. And it’s not that humans are dumb; it’s that humans are wildly diverse in language, culture, and experience. Once you get rid of all that stuff to make a test that any human can pass, without prior training or much thought, you’re left with brute tasks like image processing, exactly the thing a tailor-made AI is going to be good at.” 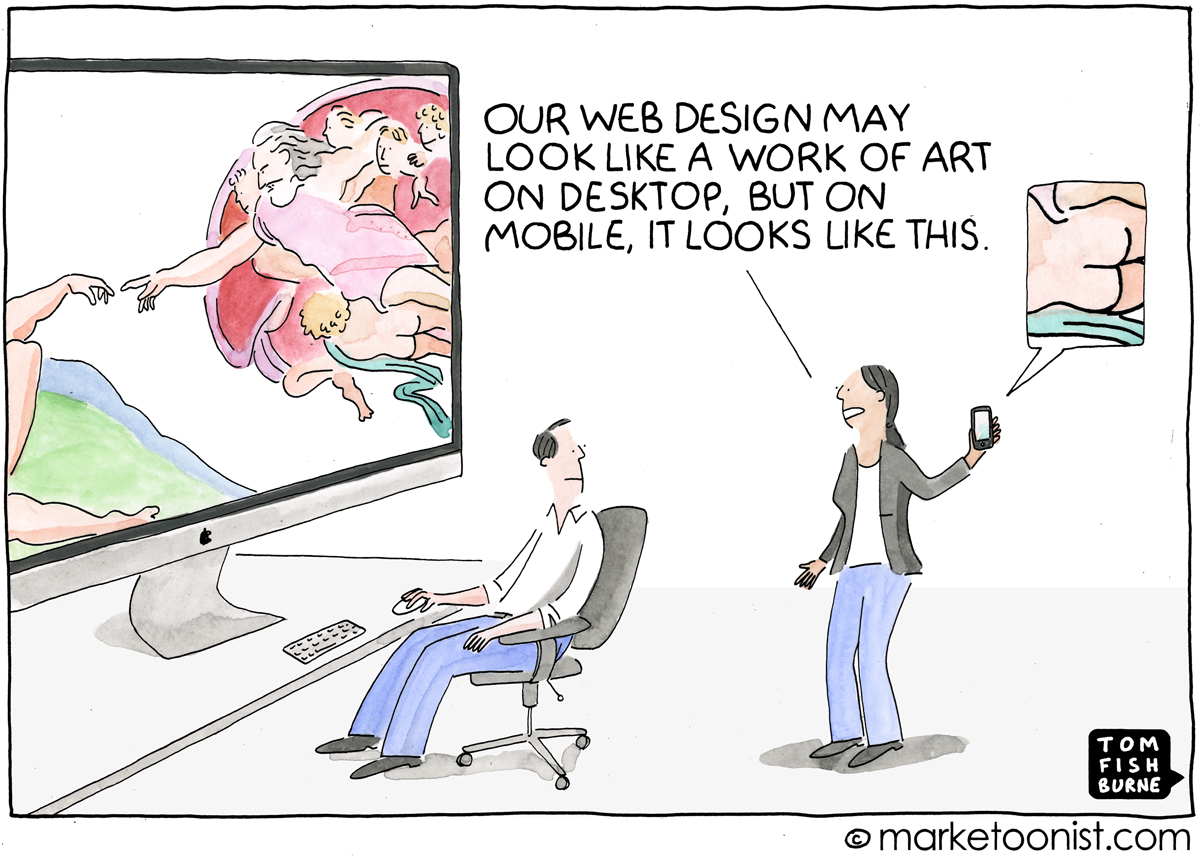 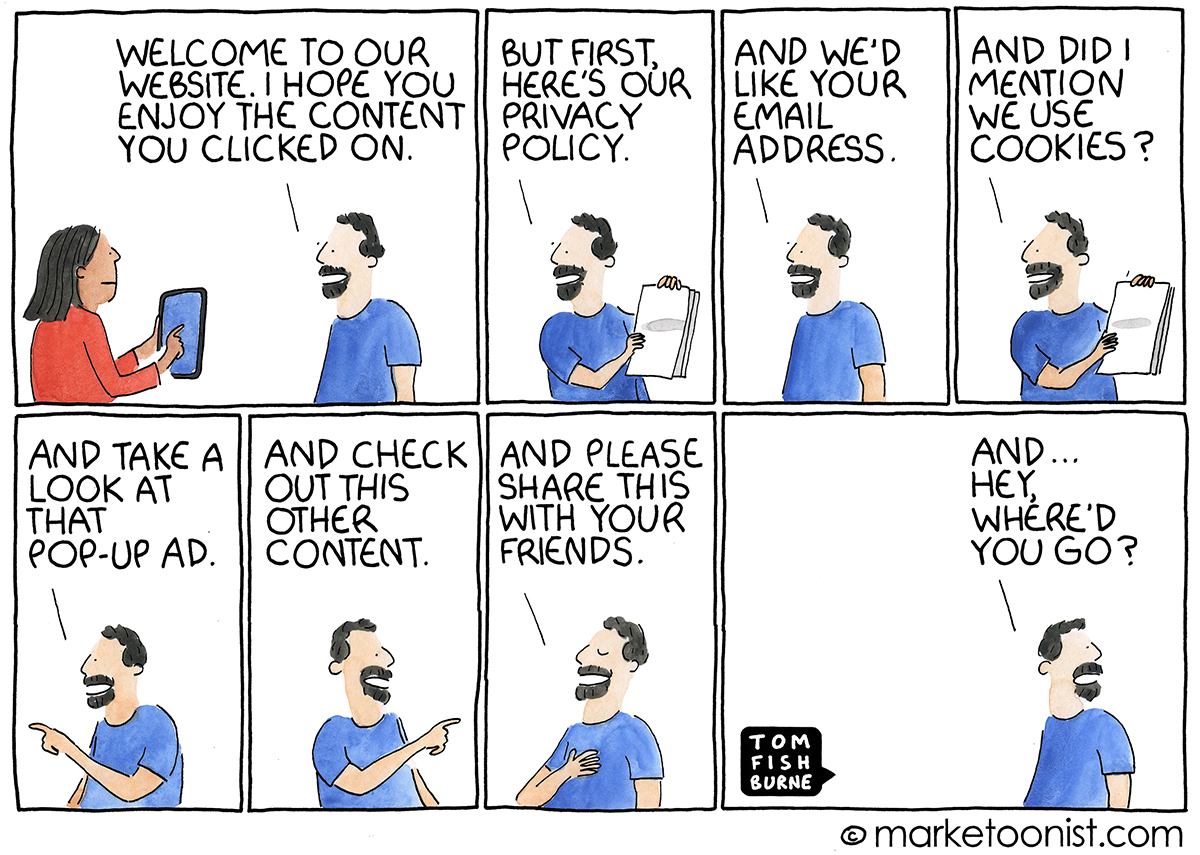 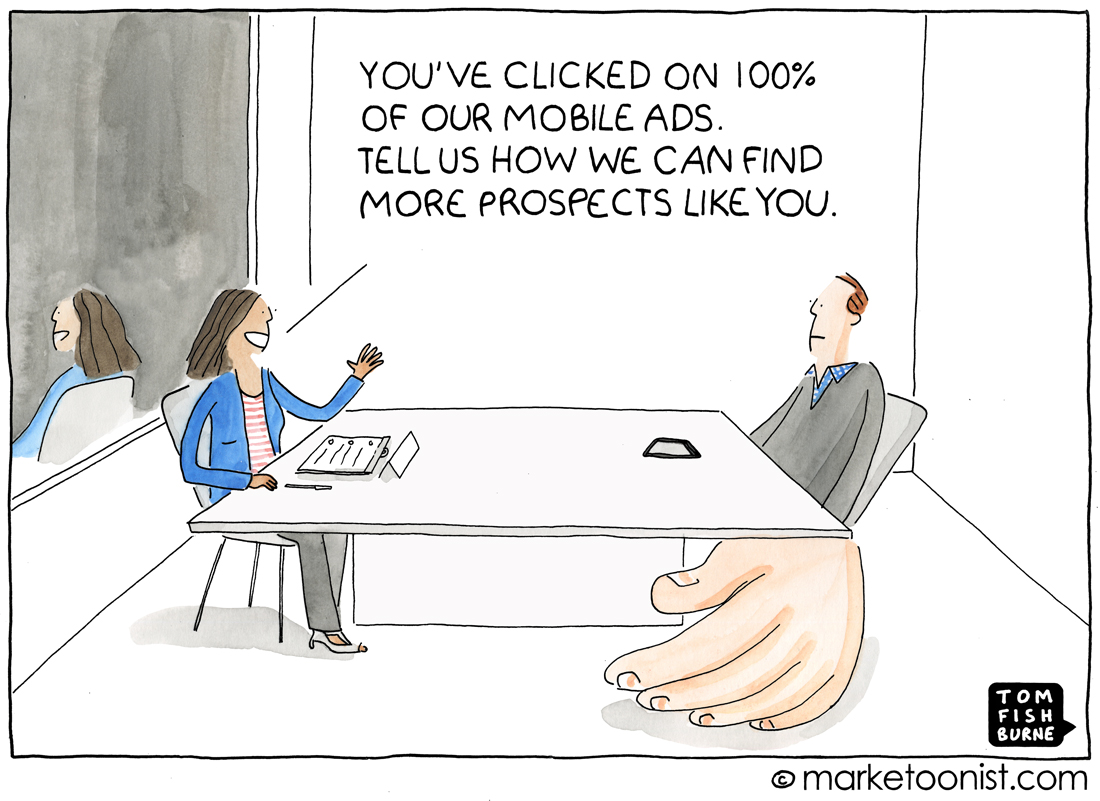 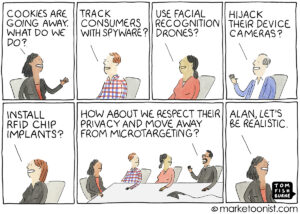 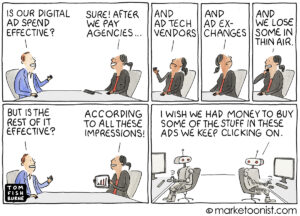