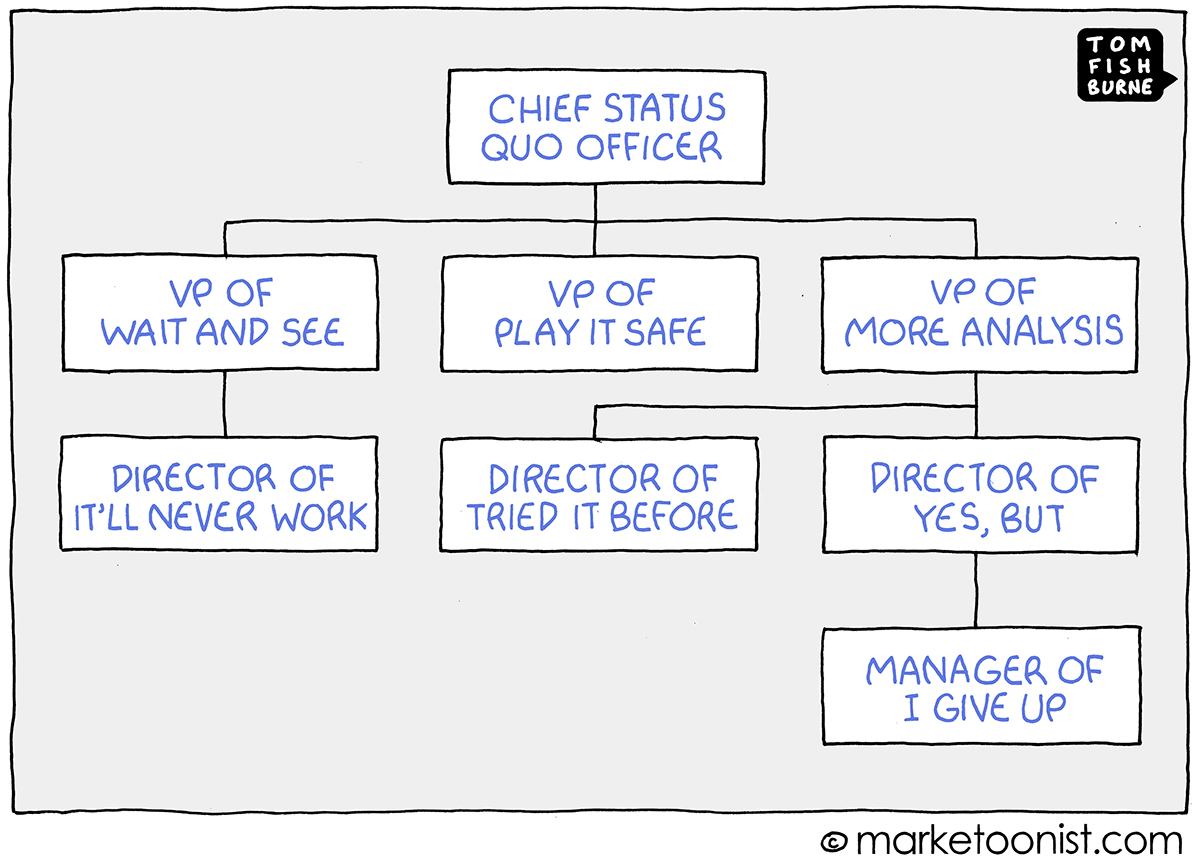 If the only constant is change, a close second is the resistance to that change.

Bill Taylor, co-founder of Fast Company magazine, once stumbled across an obscure article written by a Product Manager in 1959 entitled “50 Reasons Why We Cannot Change.”  The Product Manager, E.F. Borisch, compiled this list while working for the Milwaukee Gear Company, and many of the reasons still resonate as if they were written today:

Bill re-published this list in one of the very first Fast Company issues, in 1993.  Twenty years later, in 2013, Bill reflected on this list again in an HBR article and observed: “the more things change, the more the objections to change remain the same.”

I once worked with Fast Company magazine and Bill’s co-founder, Alan Webber, on a field study while in business school.  This was around the time I first started drawing cartoons — for the HBS student newspaper, The Harbus.  Here’s a cartoon I drew that year, partly inspired by my time with Fast Company.

Bill Taylor suggests a few principles to counter the resistance to change.  One of his suggestions was inspired by a quote from Alan Webber:

“Progress is a math formula. It only happens when the cost of the status quo is greater than the risk of change.”

“That’s why the third principle of change is for leaders to encourage a sense of dissatisfaction with the status quo, to persuade their colleagues that business as usual is the ultimate risk, not a safe harbor from the storms of disruption.” 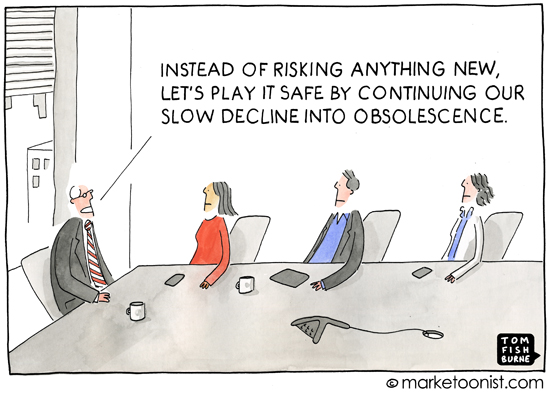 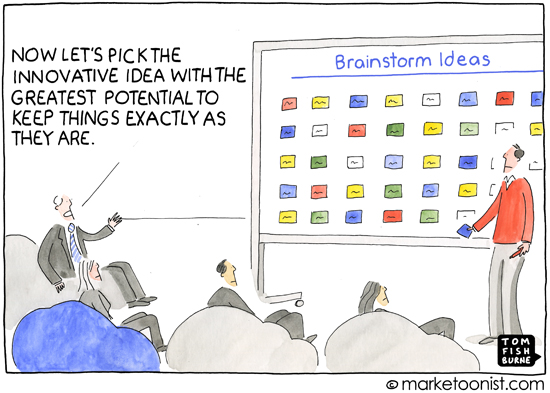 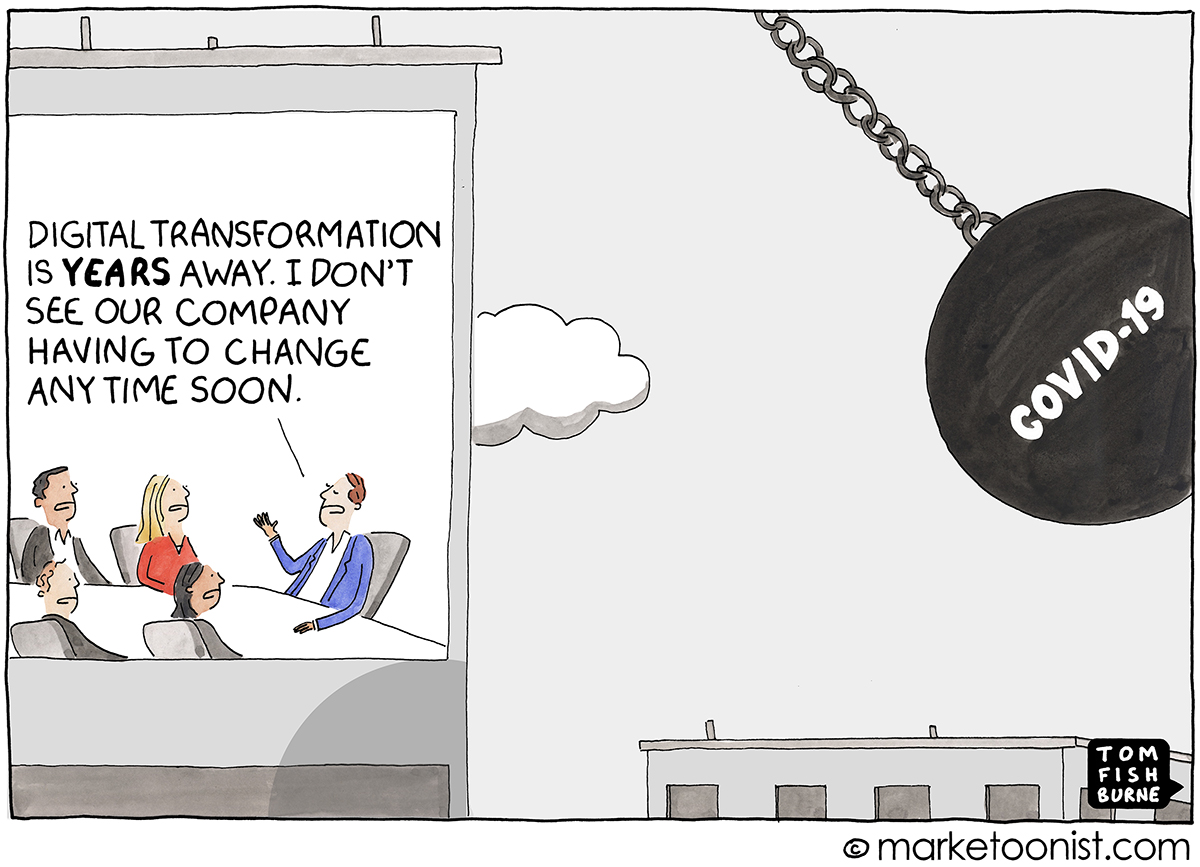 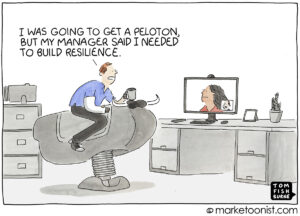 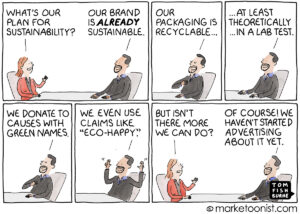