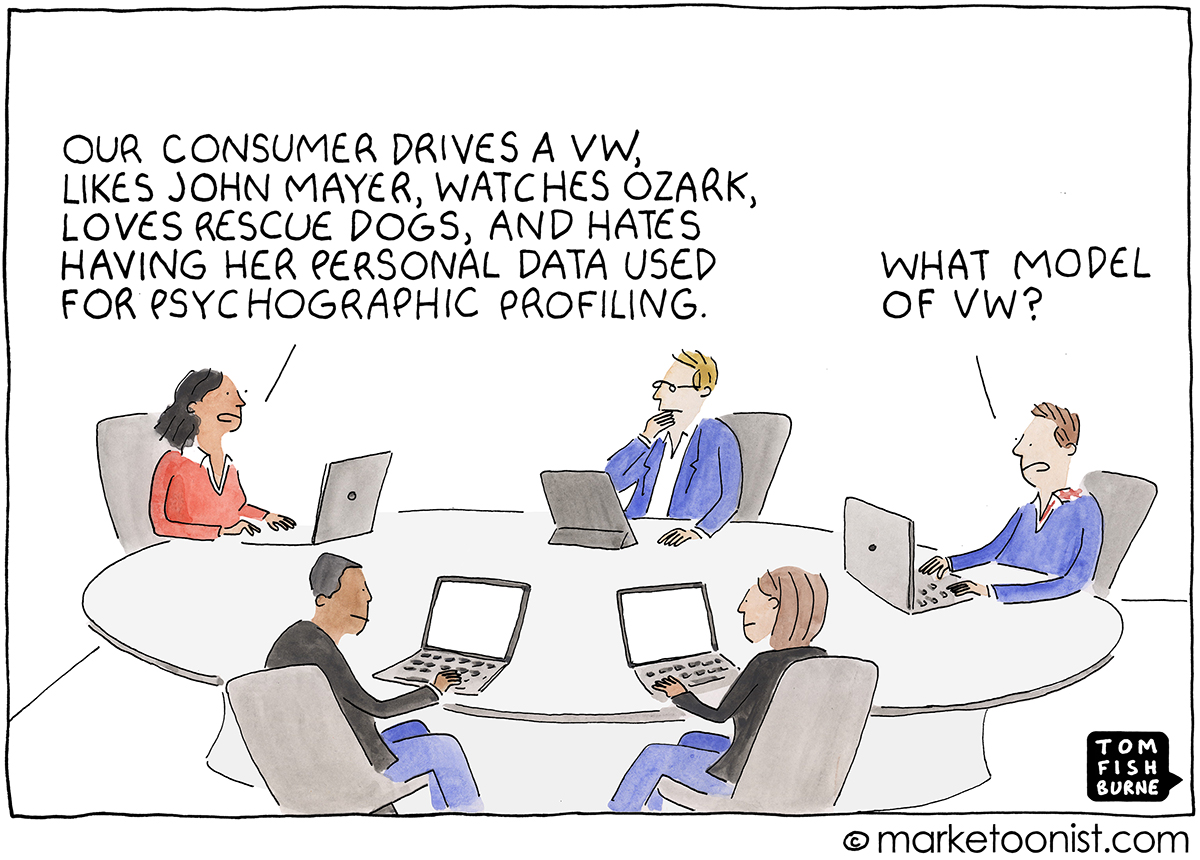 Psychographics are back in the news as part of the US election cycle, four years after the Cambridge Analytica scandal made the term mainstream.

This week, CB Insights published a useful primer on psychographics, which they describe as one of the “dark arts” of social media and internet marketing.

Yet psychographics are nothing new; they were first developed in the 1970s. I remember learning about psychographics in 2002, working in consumer packaged goods.  At the time, psychographics were a blunt tool, mostly survey-based and relatively anonymous.

They often seemed a bit silly to me, with cookie-cutter names like “Weekend Warriors” and “Rural Strugglers” applied to large groups of people. It was difficult to know exactly what to do with the information.  When you find out that 24% of your brand is considered an “Urban Aspirer”, how exactly do you change your marketing?  Just because you understand a certain personality type doesn’t mean you’ll know how to create marketing communication that will resonate.

What is new is how social media became a psychometric tool, fueling the sheer amount of personal data and sophisticated micro-targeting.  Cambridge Analytica CEO Alexander Nix famously bragged that their firm collected four to five thousand data points on every American citizen.

Here’s how Mark Ritson colorfully framed some of the implications of that shift:

“Marketers will face an inevitable backlash when consumers and activists discover exactly what is possible in terms of targeting and positioning. For many decades, consumers have assumed marketers were data-fed, manipulative experts who could change attitudes at the flick of a switch.

“The frankly piss-poor reality versus consumer paranoia always made me chuckle. If only, I used to say to myself, the public could see how fucking hopeless we actually are.

“But with Cambridge Analytica and the combination of big data, addressable advertising and psychometric segments, we may be about to become as smart and as powerful as everybody in the market assumed we always were.”

In trying to deliver the right message to the right person at the right time, it’s important for marketers to draw a line between cool and creepy.

“Marketing with Personal Data” May 2014 (license this cartoon)

“The Future of Advertising” August 2013 (license this cartoon) 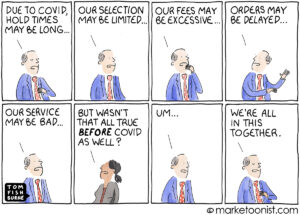 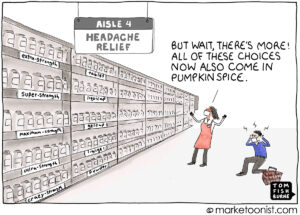