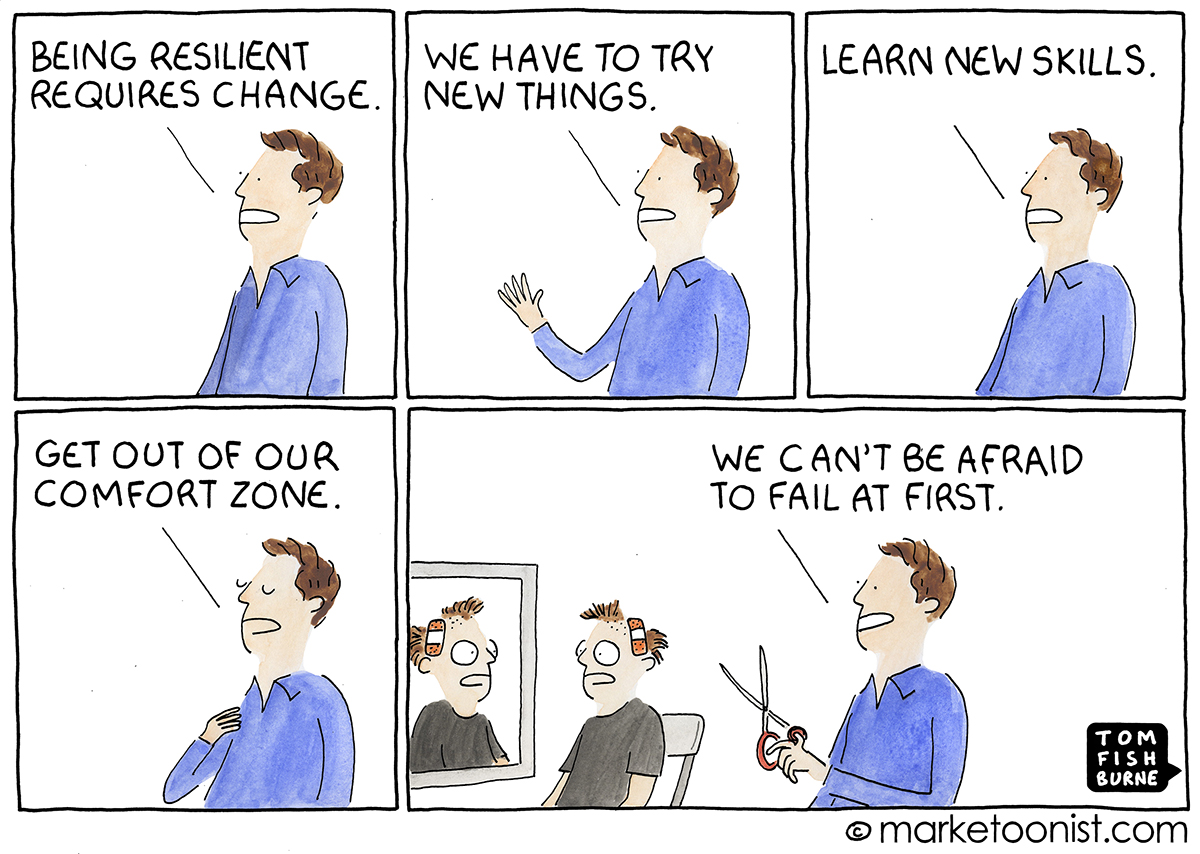 Scott was referring specifically to marketing technology (and dubbed this conundrum as “Martec’s Law”) but I think this observation also rings true for the time that we’re working now more generally.

“In my opinion, Martec’s Law encapsulates the greatest management challenge of the 21st century: how do we manage relatively slow-changing organizations in a rapidly changing technological environment?”

This is a bit of what I was trying to capture in my COVID-19 wrecking ball cartoon a few weeks ago.  The wrecking ball is accelerating the pace and impact of a change that has long been underway.

As Scott put it, we have to “recognize that we now live in a world of perpetual change, and so we’re never going to be fully caught up ever again.”

A big part of my focus the last ten years has been keynote speaking at large events.  It’s one of my favorite things to do.  But with large events on hiatus or moving virtual, I have to adapt, even if I wish I didn’t have to.

I recorded my first virtual keynote this week (for MarketingWeek in London) and it was hard at first.  I invested in new gear (cameras, lighting, and software), but the hardest part wasn’t figuring out the gear; it was speaking alone in a studio to a camera lens instead of a live audience. I missed the people.  It was uncomfortable at first (my wife teases me that I need five takes just to record a voicemail message, so you can imagine how many takes a recorded keynote took).  But, in the end, I really enjoyed it, and I know the next one will be more comfortable.

It was a good reminder for me to keep getting comfortable being uncomfortable.

It also made me think how I felt in 2010 when I made the leap to leave my safe job to focus on Marketoonist full-time.  I’m so grateful I made that decision, but, phew, making that change was uncomfortable at the time.  Here’s a cartoon I drew that week.

And if you’re interested in more of the story, here’s a talk I gave about making such a big change at the Do Lectures in 2011

generic advertising “in these uncertain times” 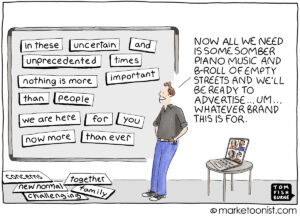 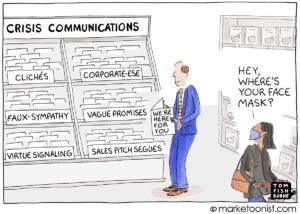