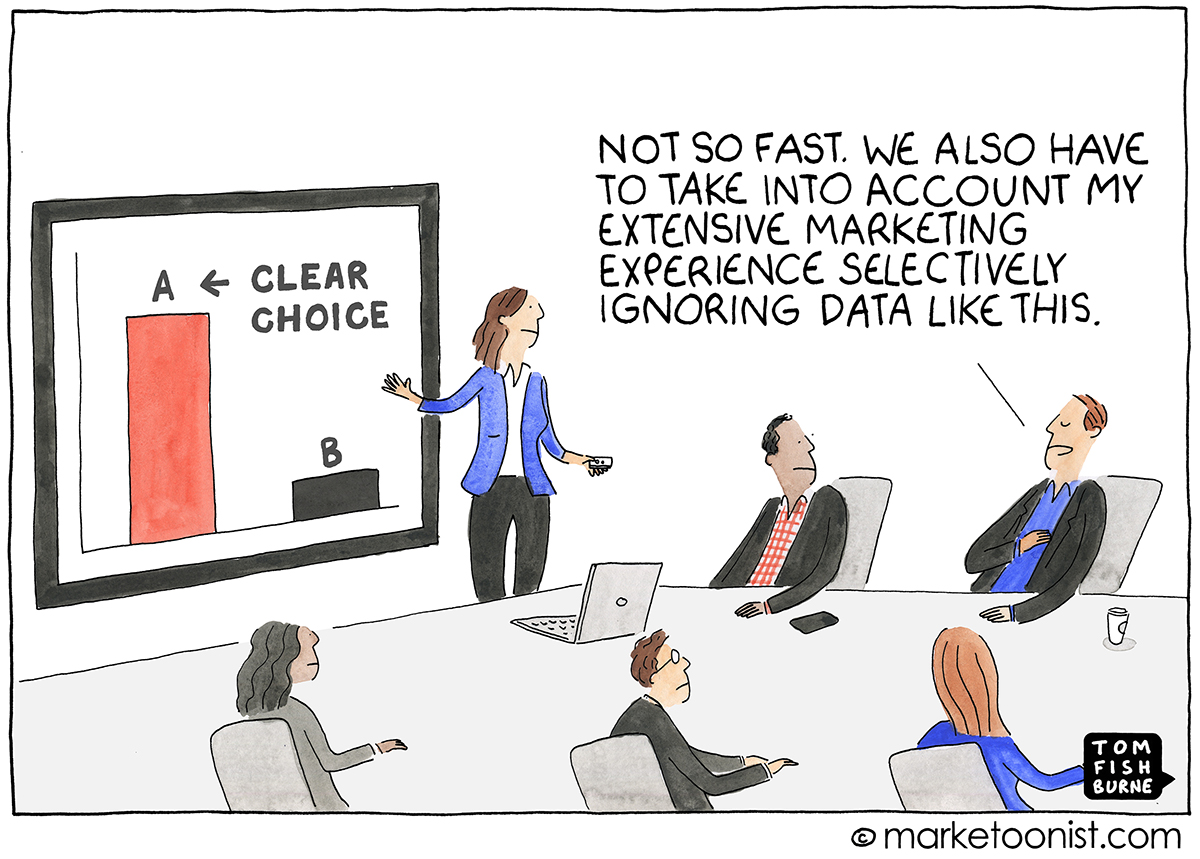 It can be difficult to separate myth from fact in marketing. There’s a lot of marketing folklore passed on as inherited wisdom. It’s also far too easy to cherry-pick data that supports our pre-existing point of view. And there’s always a shiny new thing that captures everyone’s attention until the next shiny new thing comes along.

The first time I came across the work of the Ehrenberg-Bass Institute for Marketing Science, I was skeptical. Byron Sharp’s book “How Brands Grow” rattled many firmly-held marketing “truisms” from my training in consumer packaged goods, particularly on the role of loyalty.

General Mills had a whole course on finding and marketing primarily to brand loyalists, which they called “Brand Champions” (a nod to Wheaties). The Ehrenberg-Bass Institute disputed that whole approach in favor of focusing on light buyers buying more.

In the spirit of continually challenging our marketing thinking to be more evidence-based, I’ve been reading a fascinating new marketing book coming out soon — appropriately called “Eat Your Greens.” Created by Wiemer Snijders and the APG, it features essays from 35 different marketing thinkers on the topic of evidence-based marketing (including some of my favorites — Mark Ritson, Rory Sutherland, Tess Alps, Doc Searls, Mark Earls, Byron Sharp and Amy Wilson, Bob Hoffman, and Tom Goodwin). A few of my cartoons in there too.

Here’s how Mark Ritson describes some of the move toward evidence-based marketing:

“These thinkers came along with data, replication and science to puncture many of the helium balloons of horseshit being inflated across the conference stages of the marketing world. They questioned brand love, for example, and found a more realistic, polygamous but still useful concept. They challenged the idea of differentiation and the absurdity of much of the overcooked, incredibly self-aggrandising brand positioning.

“In general, evidence-based thinking reminded marketers that brands were not such a big deal after all for consumers. And that recognition of their diminutive scale led to some very big ideas.” 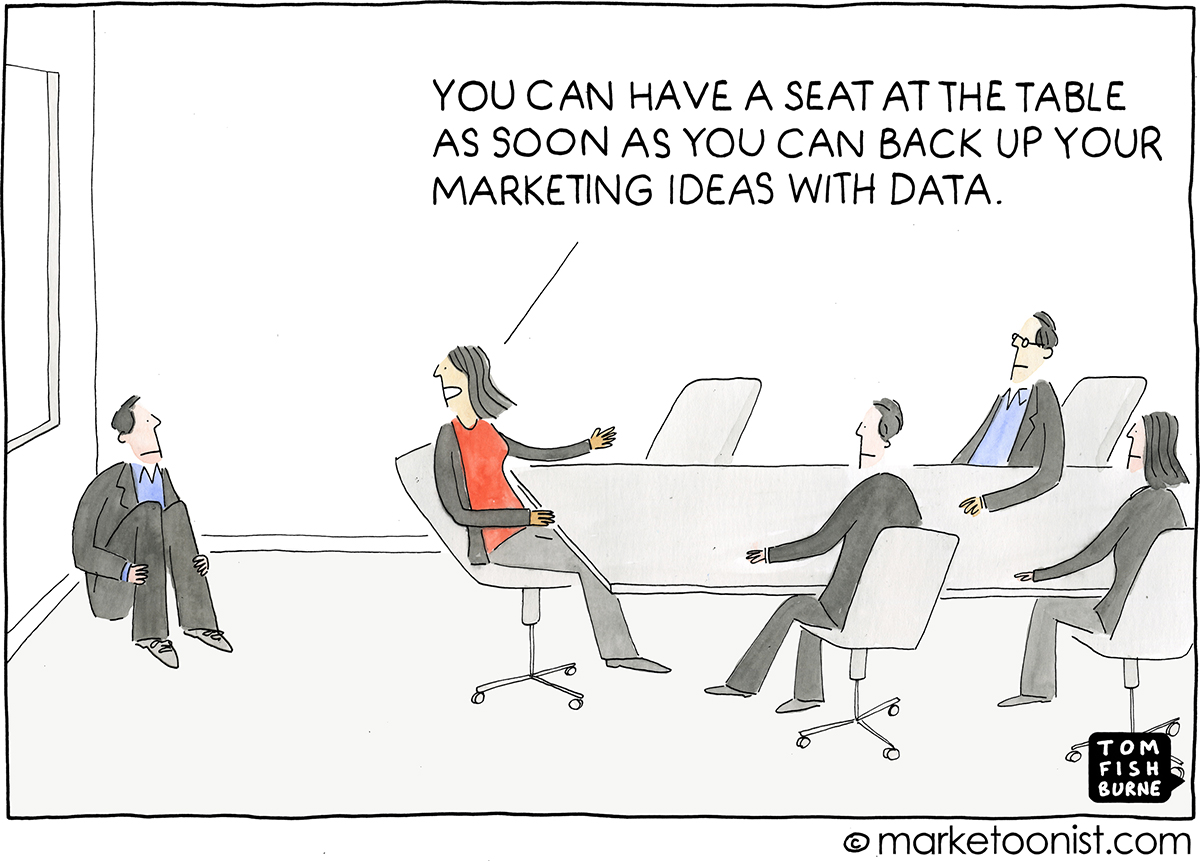 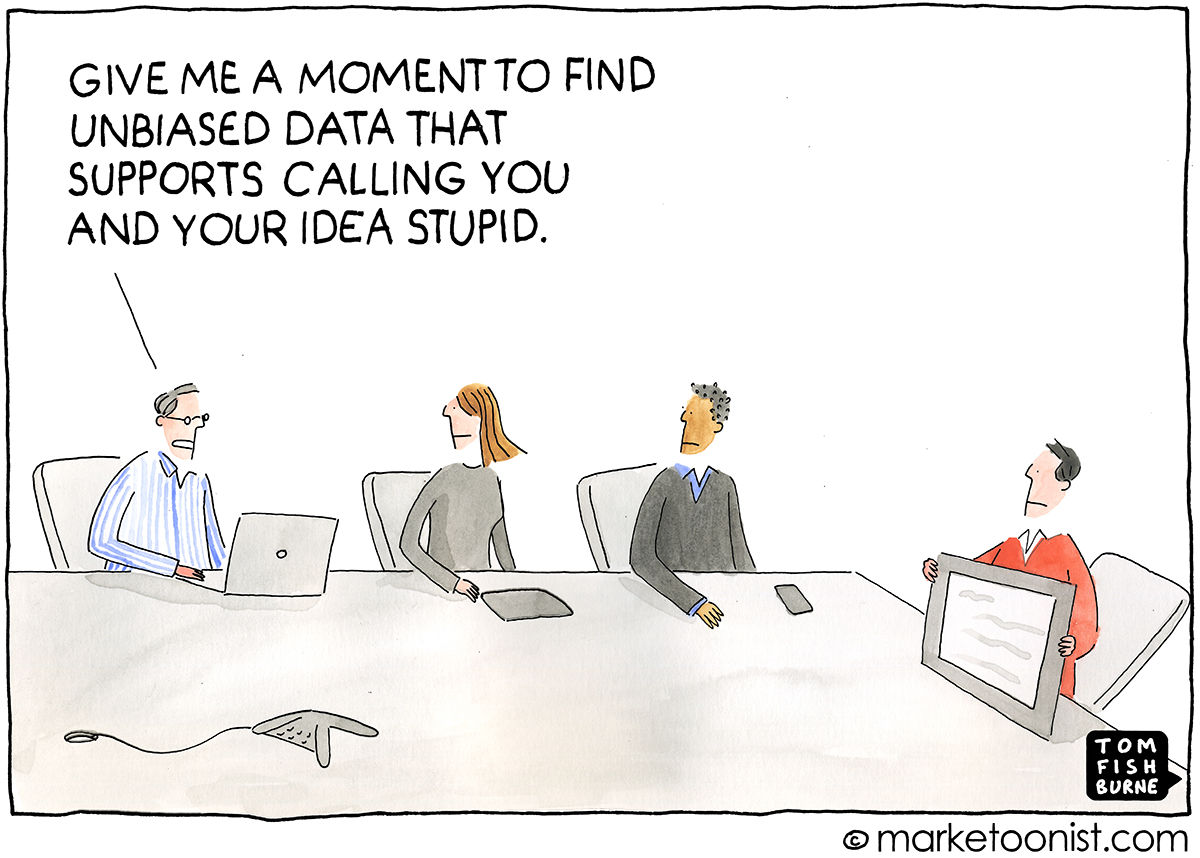 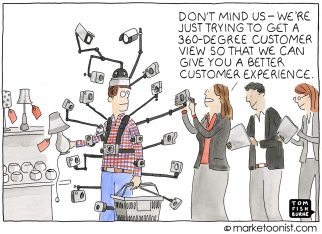 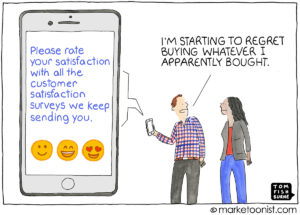