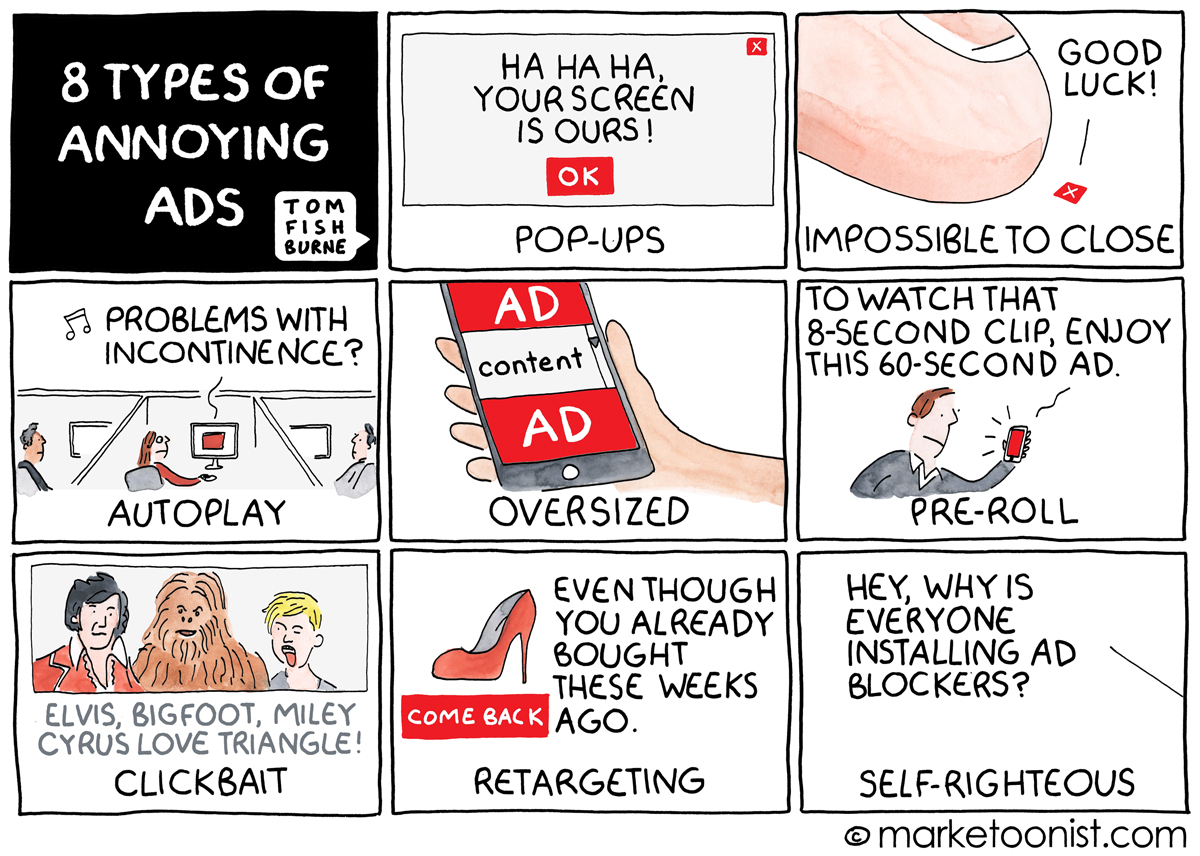 When digital advertising first emerged, technology seemingly offered a utopian future for marketers — the ability to deliver the right message to the right person at the right time. Marketers talked about an eventual end to one-size-fits-all advertising seen as irrelevant, interruptive, and annoying.

Yet, today’s experience certainly hasn’t gotten any less annoying. Nielsen Norman Group released a study last week on the most hated online advertising techniques, in comparison with a study they first conducted in 2004:

“Some things don’t change — users’ expectations, in particular. The popups of the early 2000s have reincarnated as modal windows, and are hated just as viscerally today as they were over a decade ago. Automatically playing audio is received just as negatively today. The following ad characteristics remained just as annoying for participants as they were in the early 2000s:

Of course, one thing has changed. New technology in the form of Ad Blockers is allowing people to block ads altogether. The sudden rise of Ad Blockers (up 30% over last year to around 20% of users) has created a wake-up call in the industry. Marketers are referring to this as the “AdBlockAlypse”.

Google announced last week that the Chrome browser would include a built-in ad blocker starting in early 2018. The ad blocker would be turned on by default and screen out what Google defines as some of the most annoying advertising tactics. This is a continuation of the work of The Coalition for Better Ads formed last year by Google, Facebook, Unilever, and P&G and others to clean up the digital advertising industry.

Here’s a related cartoon I drew a couple years ago. 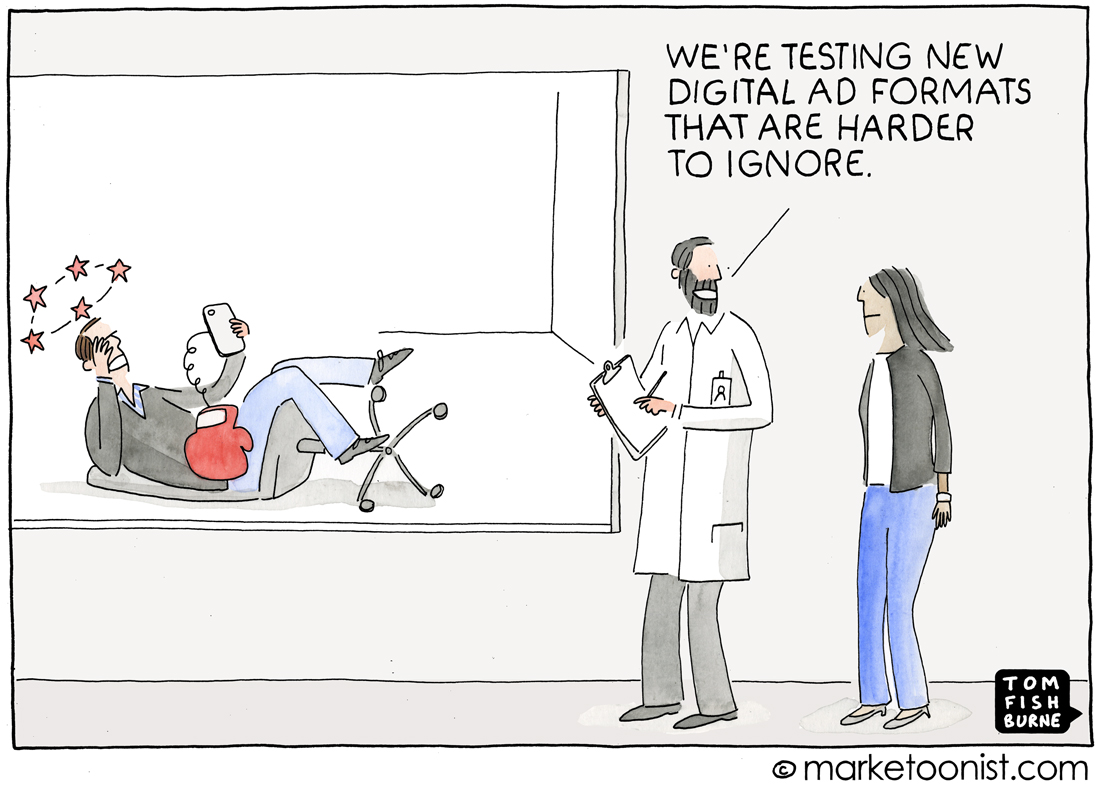 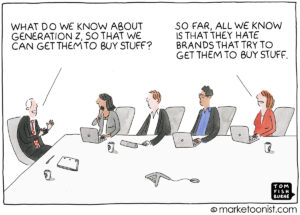 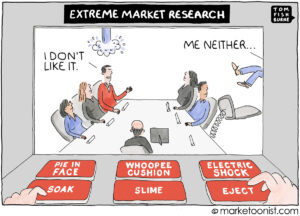