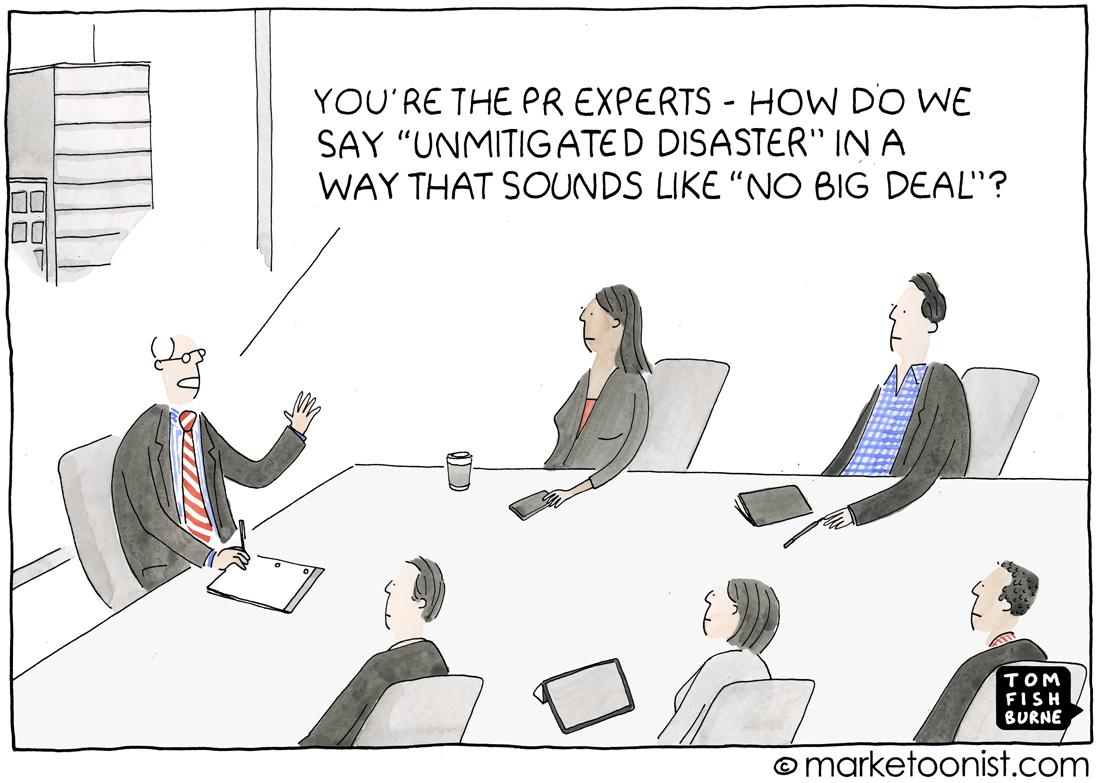 The Samsung Galaxy Note 7 debacle is a master class in how not to handle a crisis. Much will be investigated in the months ahead. But what I find particularly interesting is how Samsung communicated what was happening at each stage of the crisis.

This weekend, the US DOT banned the Galaxy Note 7 on all US flights, categorizing the phones as “forbidden hazardous material.” It doesn’t get much clearer than that. Yet, just a few days earlier, Samsung portrayed the situation as “temporarily adjusting the production schedule to ensure quality and safety matters.”

The gap between “forbidden hazardous material” and “temporarily adjusting the production schedule” is a massive chasm. A few weeks earlier, Samsung similarly described a “global product recall” as an “exchange program.”

Many companies treat crisis management as crisis minimization. Their approach is to make the problem seem as small as possible in hopes that it will all go away quicker. That’s the tack that BP initially took after Deepwater Horizon with CEO Tony Hayward’s famous line, “There’s no one who wants this thing over more than I do. You know, I’d like my life back.”

In business school, we studied the classic 1982 Tylenol cyanide poisoning crisis. Even though there was no proof the cause of the crisis was J&J, their CEO, James Burke, took quick responsibility for the disaster. 34 years later, it’s still a model that brands should study closely. Here’s a quick summary from HBR:

“In 1982, seven people died from cyanide inserted into Tylenol capsules. Although the crisis was brought on by an individual (who was never caught) rather than an institution (Johnson & Johnson), and subsequent evidence indicated that the killer had no relationship whatsoever to the company, James Burke, Johnson & Johnson’s CEO at the time, immediately assumed responsibility for the disaster. People were told not to consume Tylenol products. Production and advertising were halted. And Tylenol capsules already in stores were recalled (at an estimated cost of some $100 million), while company executives worked tirelessly to resolve the crisis.

“Burke also went public—appearing, for example, on 60 Minutes—to reaffirm the company’s mission. “Our first responsibility is to our customers,” he said in an early statement, and he wasted no time inviting consumers to return their bottles of Tylenol for a voucher: “Don’t risk it. Take the voucher so that when this crisis is over we can give you a product we both know is safe.”

“In short, given the nature of the crisis, Burke extended the virtually perfect public apology. He promptly acknowledged the problem. He accepted responsibility. He expressed concern. And he put his money where his mouth was: Not only did he offer to exchange all Tylenol capsules already purchased for Tylenol tablets; he promised new, secure packaging to make certain that the problem would never be repeated.

“Marketing experts had opined that the Tylenol brand would not survive—but they were wrong. Within a year, Tylenol (in tamper-resistant packaging) had regained 90% of its market share. If anything, both the company and the brand emerged from the crisis with their reputations enhanced.”

Here’s a related cartoon I drew after Carnival gave a non-apology apology to survivors of the Costa Concordia with a tone-deaf voucher for 30% off future cruises. 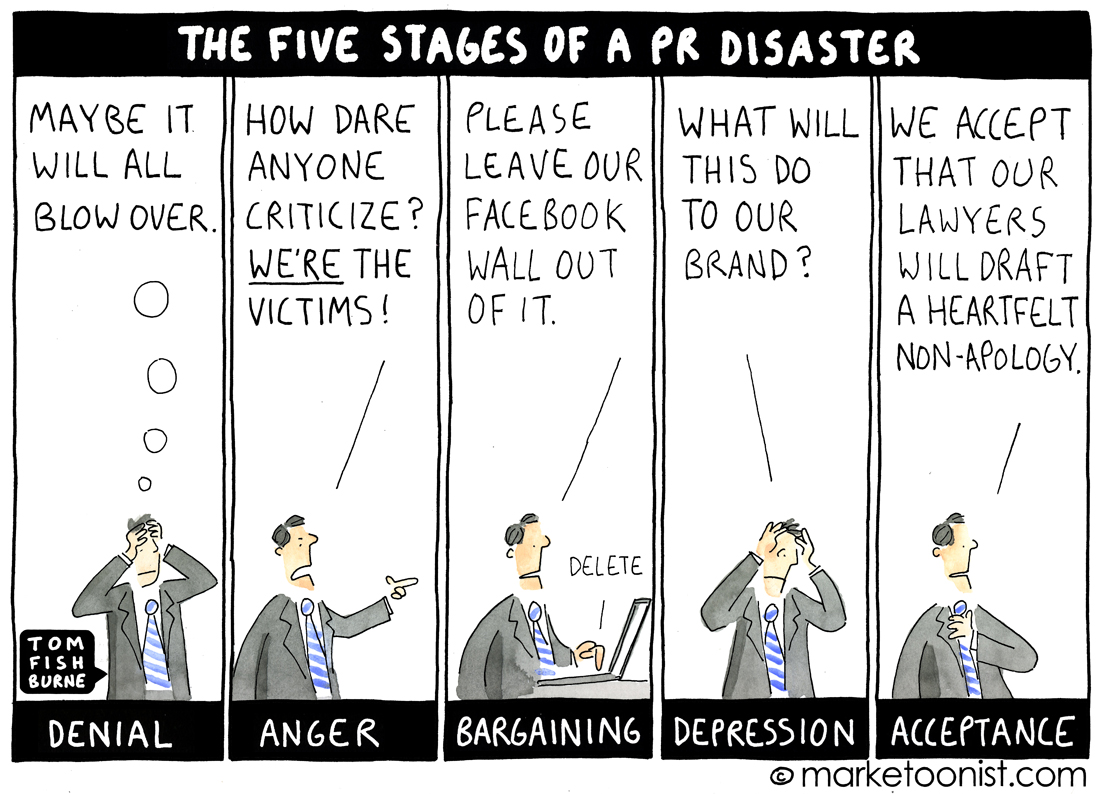 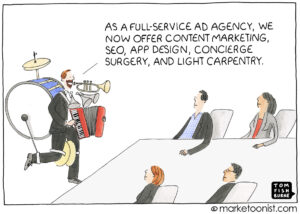 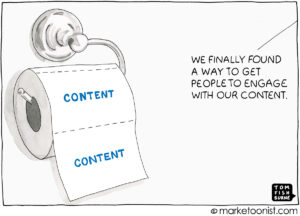