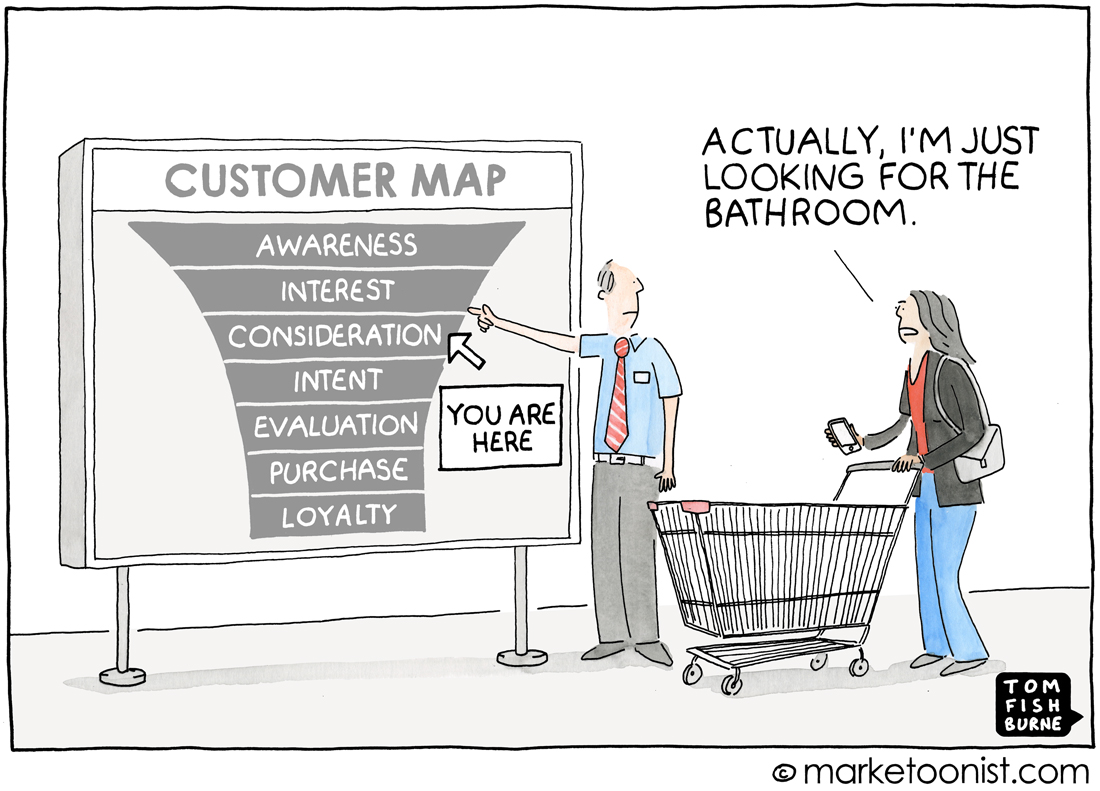 Many marketers were schooled in the marketing funnel. In the traditional funnel, consumers move lockstep in uniform sequential stages from awareness to purchase. The specific stages might vary, but the journey is assumed to stay pretty much the same.

The marketing funnel can give marketers funnel-vision. In focusing on the transaction over the relationship, marketers can lose sight of the actual consumer the funnel was designed to reach. Mailchimp founder Ben Chestnut described the traditional marketing funnel as a meat grinder.

I found an interesting HBR article, “Marketing can no longer rely on the funnel,” which breaks down some of the ways that the marketing funnel falls short:

“The primary problem with the funnel is that the buying process is no longer linear. Prospects don’t just enter at the top of the funnel; instead, they come in at any stage. Furthermore, they often jump stages, stay in a stage indefinitely, or move back and forth between them.”

The HBR article charts how the funnel has been discarded in favor of different types of customer journey maps developed by Google, Intuit, Sephora, SAP, Twitter, and Visa.

“Whatever model you choose, what’s most important is that it addresses: first, the multi-dimensional nature of social influence; second, non-linear paths to purchase; third, the role of advocates who aren’t customers; and fourth, the shift to ongoing relationships beyond individual transactions.”

Even the act of creating a customer journey map for your organization can shift the mindset of an organization around the needs of the actual customer rather than what will lead quickest to a transaction.

I’d love to hear your thoughts on mapping the customer journey.

Here’s a cartoon I drew about the marketing funnel last year: 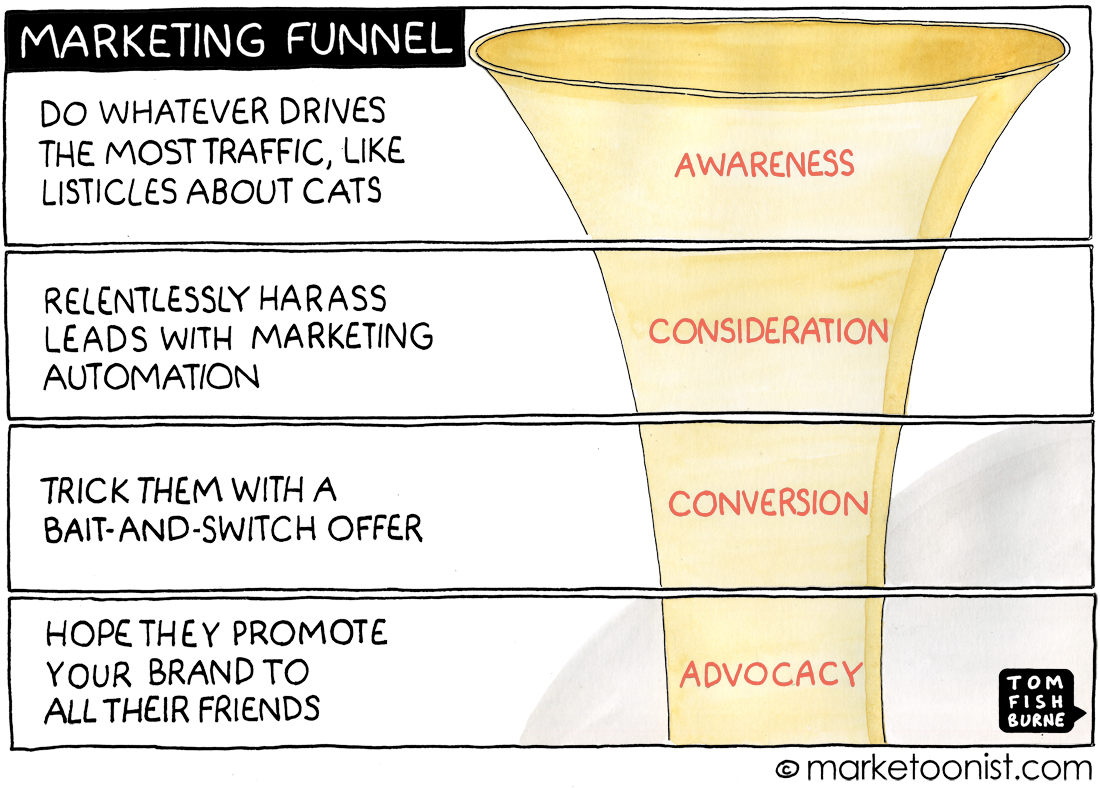 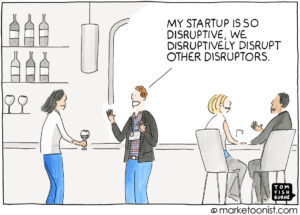 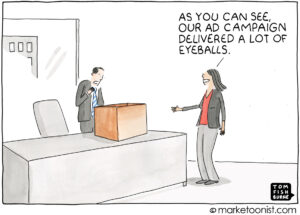