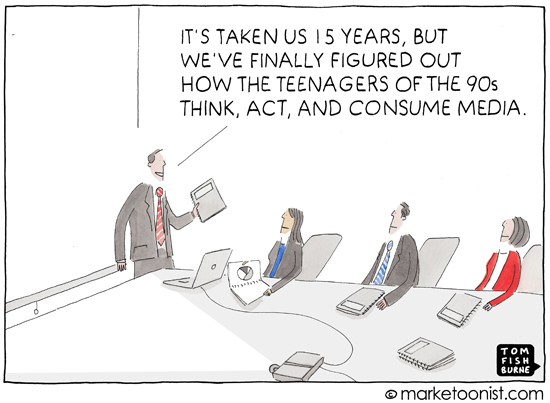 Our media habits have changed irrevocably. But much of today’s marketing is still biased toward how we consumed media in the past.

It feels like we’re in an awkward adolescent stage of media planning. Digital media is often bolted onto traditional media in a disjointed way. There’s not enough integrated planning where the big marketing idea comes first. Instead, a traditional media campaign is frequently shoehorned into digital media. Sometimes new media channels are picked, not because there’s a consumer insight, but because they’re the trendy flavor of the week. 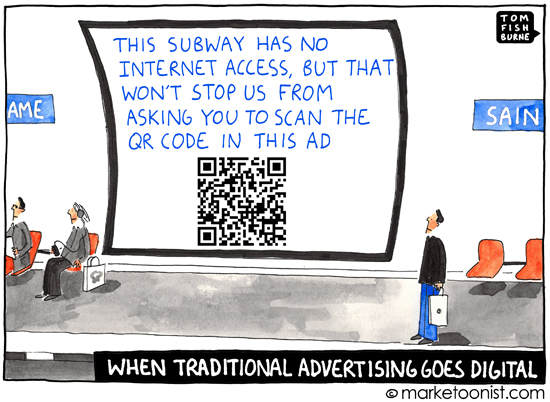 One tactic that embodies this disconnect is the haphazard use of QR codes, pasted onto traditional media in an attempt to “go digital”. But often they just link to a corporate web site not designed for mobile (as this cartoon from a couple years ago shows).

I’d love to hear your thoughts on media planning in 2015. I also want to say thanks to Cody Gibbs for suggesting this cartoon idea. If you ever have marketing stories that would make good cartoon fodder, please let me know. 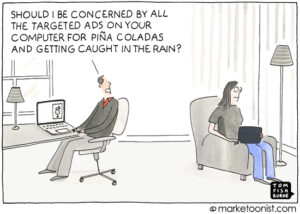 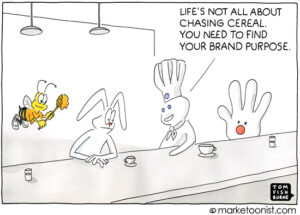