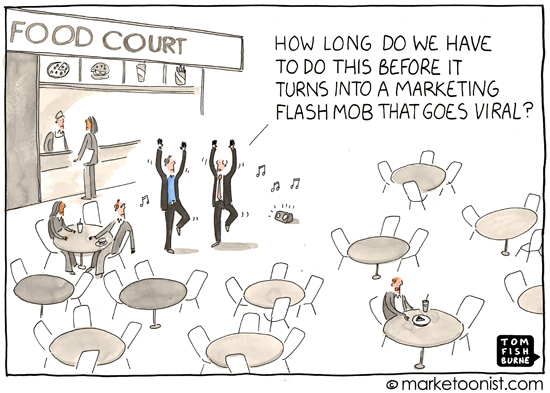 Marketing flash mobs peaked with T-Mobile’s famous “Life is for Sharing” series in 2009, but they are still going strong. Samsung did one earlier this year. My local farmer’s market staged a flash mob. There’s even a turnkey flash mob agency.

The flash mob is symbolic of the mob mentality of marketers trying to go viral. Marketers see the 38 million YouTube views of T-Mobile dancers in Liverpool Street Station, and want to replicate that for their brands.

What marketers sometimes forget with flash mobs (and every other marketing tactic du jour), is that the more commonplace a tactic, the less chance that it will break through. Flash mobs are striking the first time you see one. It’s not enough to copy exactly what has worked for other brands.

Part of what worked for T-Mobile was the clear link to the message of their campaign, “Life Is For Sharing”. It wasn’t a flash mob for the sake of a flash mob. The flash mob was a means to an end.

The moment a marketing tactic becomes “turnkey” is the moment it loses what made it remarkable. To create marketing worth sharing, we can’t follow the herd.

cmo of the month 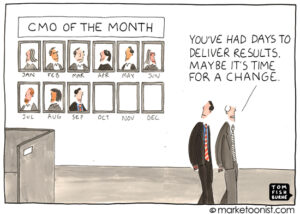 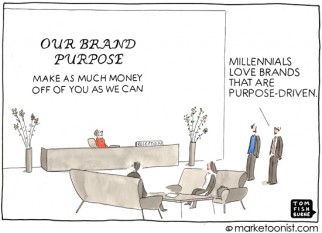