Recently the owner of a small hotel in the Philippines called White Banana grew frustrated by the constant stream of requests he received from “wannabe influencers” (his term), each one trying to score a free vacation in return for Instagram posts.

He posted the following announcement:

“We are receiving many messages regarding collaborations with influencers, Instagram influencers. We kindly would like to announce that White Banana is not interested to “collaborate” with self-proclaimed “influencers.” And we would like to to suggest to try another way to eat, drink, or sleep for free. Or try to actually work.”

His funny rant touched a nerve, went viral, and sparked a firestorm discussion on the state of influencer marketing. The NYT featured an article a few days ago on the value of influence: “No, Your Instagram ‘Influence’ Is Not as Good as Cash.”

Influencer marketing is at an interesting crossroads. Marketers this year are predicted to spend 25% of their budgets on influencer marketing. They increasingly expect accountability on par with a typical media buy.

When everyone can claim to be an influencer, what is the value of influence?

Here are a few related cartoons I’ve posted over the years: 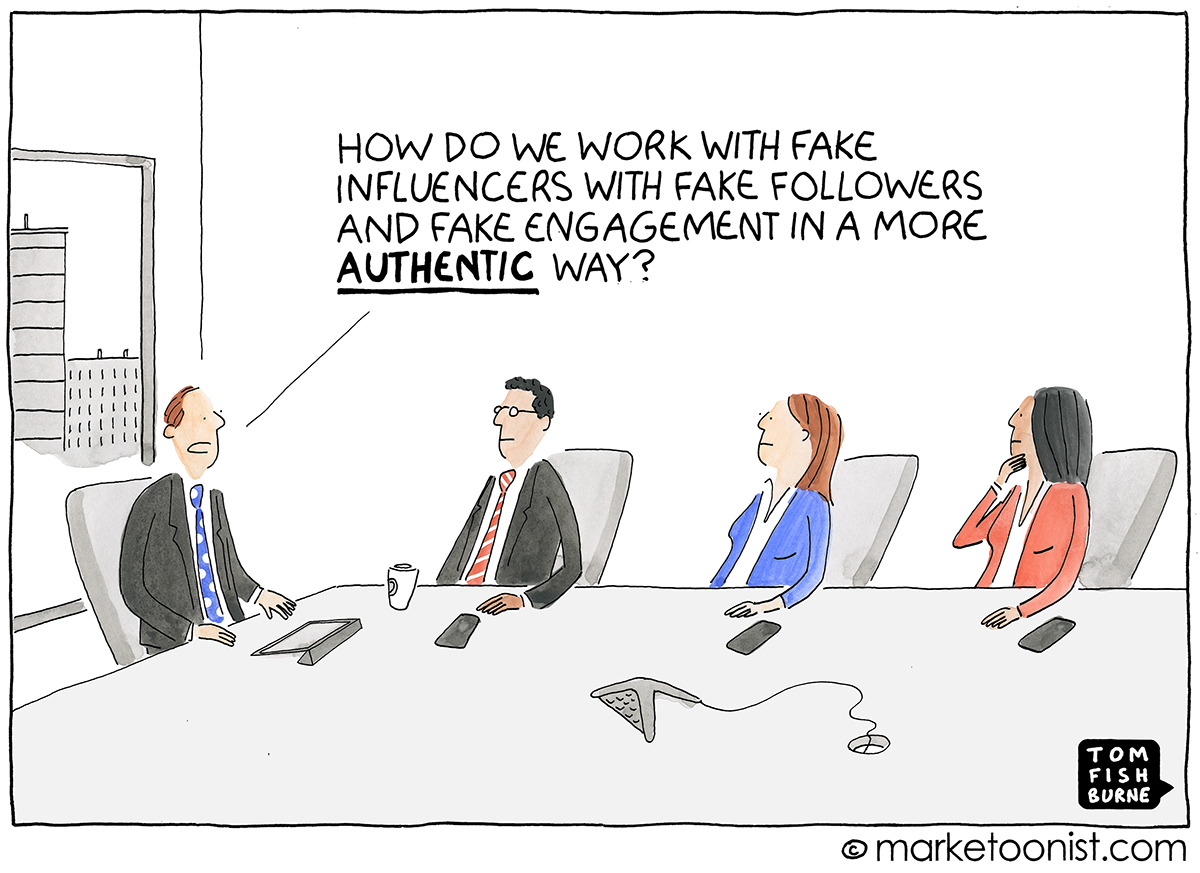 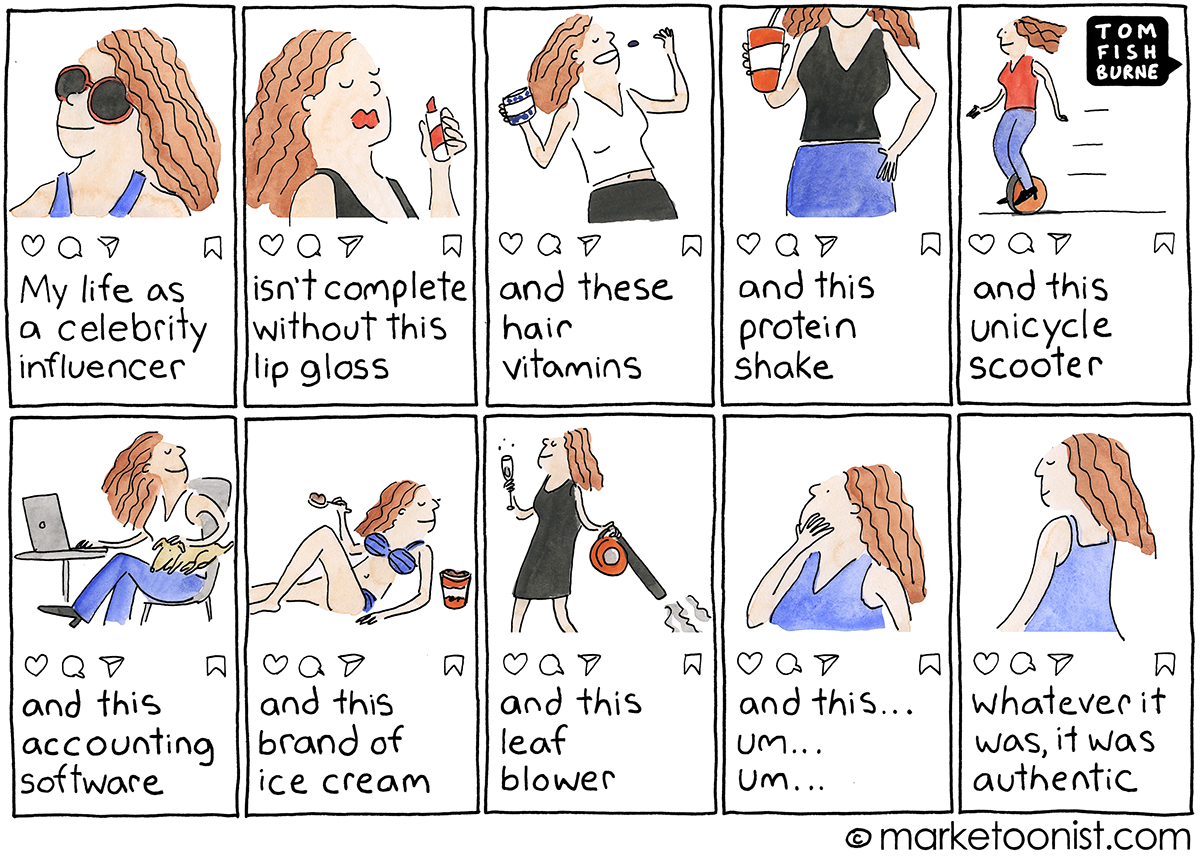 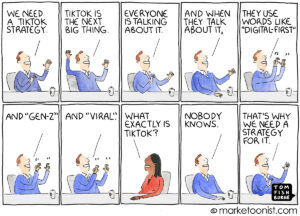 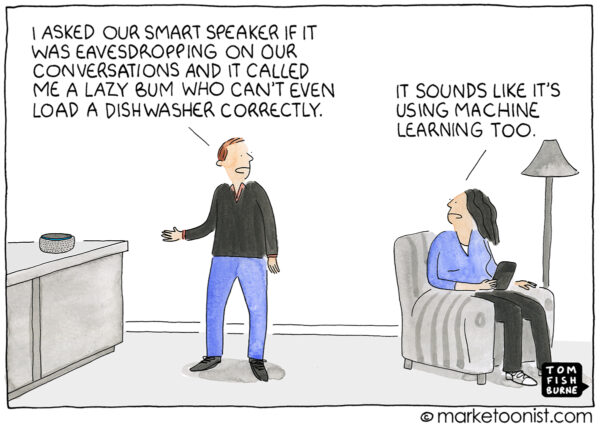