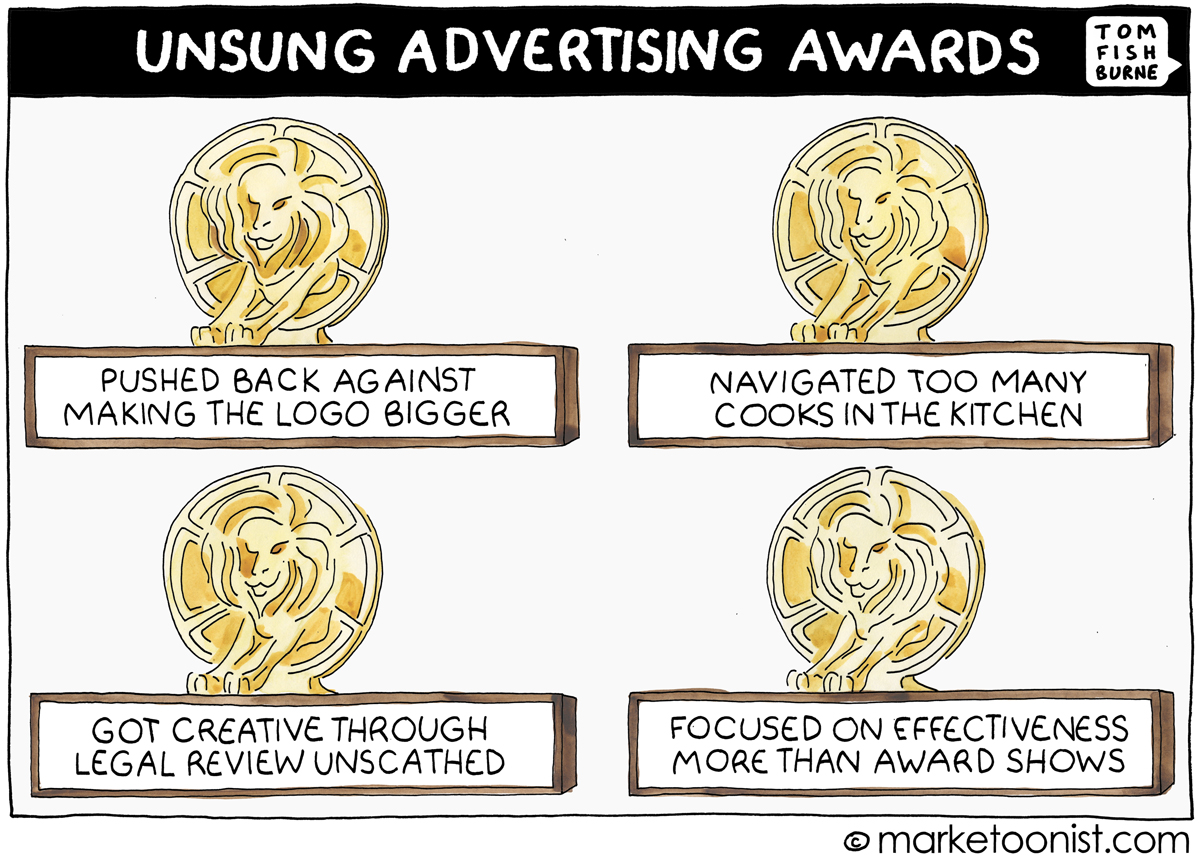 I love this statement from David Droga as he accepted Lifetime Achievement recognition at the Cannes Lions Festival of Creativity a week or so ago:

“I used to try to sell things just on the creativity of something, and I’d be furious if they didn’t see the genius I saw. Now if I was a client, I wouldn’t want to buy something just because it’s creative … They should buy something because it’s right, and good for their business, and answering their needs.”

Even though he said this while accepting an advertising award, I love that David reminds everyone to keep the focus on the real work, which goes beyond what ad awards typically celebrate.

In the world of advertising, there’s a tremendous amount of emphasis on awards — the Lion, the Clio, the Effie, the D&AD, the One Show, the ADDY, and on and on. There’s even a company founded just to keep track of the deadlines for 700 award shows held annually around the world. That’s nearly two award shows every day. Collectively, that’s a ridiculous number of opportunities for advertisers to pat themselves on the back each year.

Award shows can help raise the collective game of advertising by highlighting the most inspiring work. But award shows can also become marketing echo chambers. Focusing too much on awards can distract from focusing on the customer. With some exceptions, most ad award shows don’t really celebrate effectiveness.

The magic of advertising isn’t really found in the glitter of the award stage. It’s in the day-to-day real-world trenches of bringing the work to life.

Here are a couple related cartoons I’ve drawn over the years.

“How to Give Creative Feedback to the Agency“, February 2003 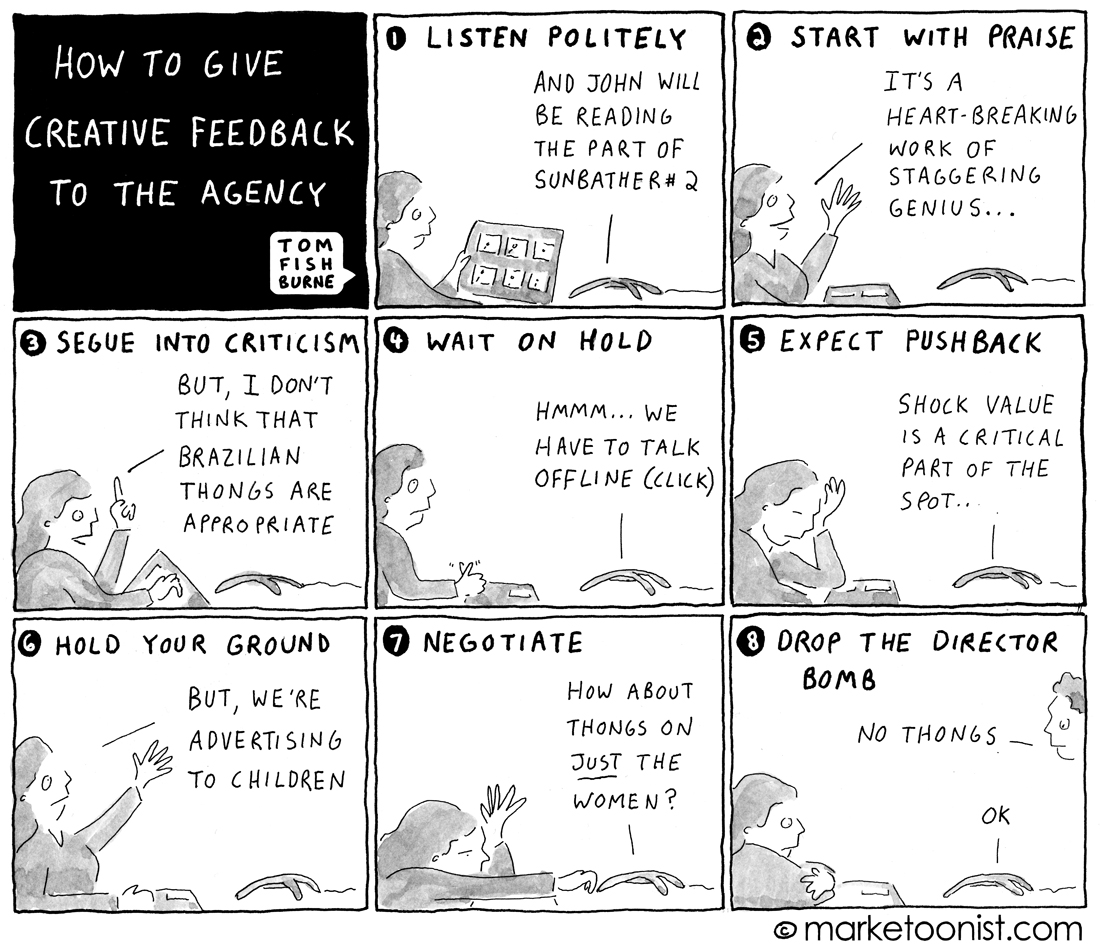 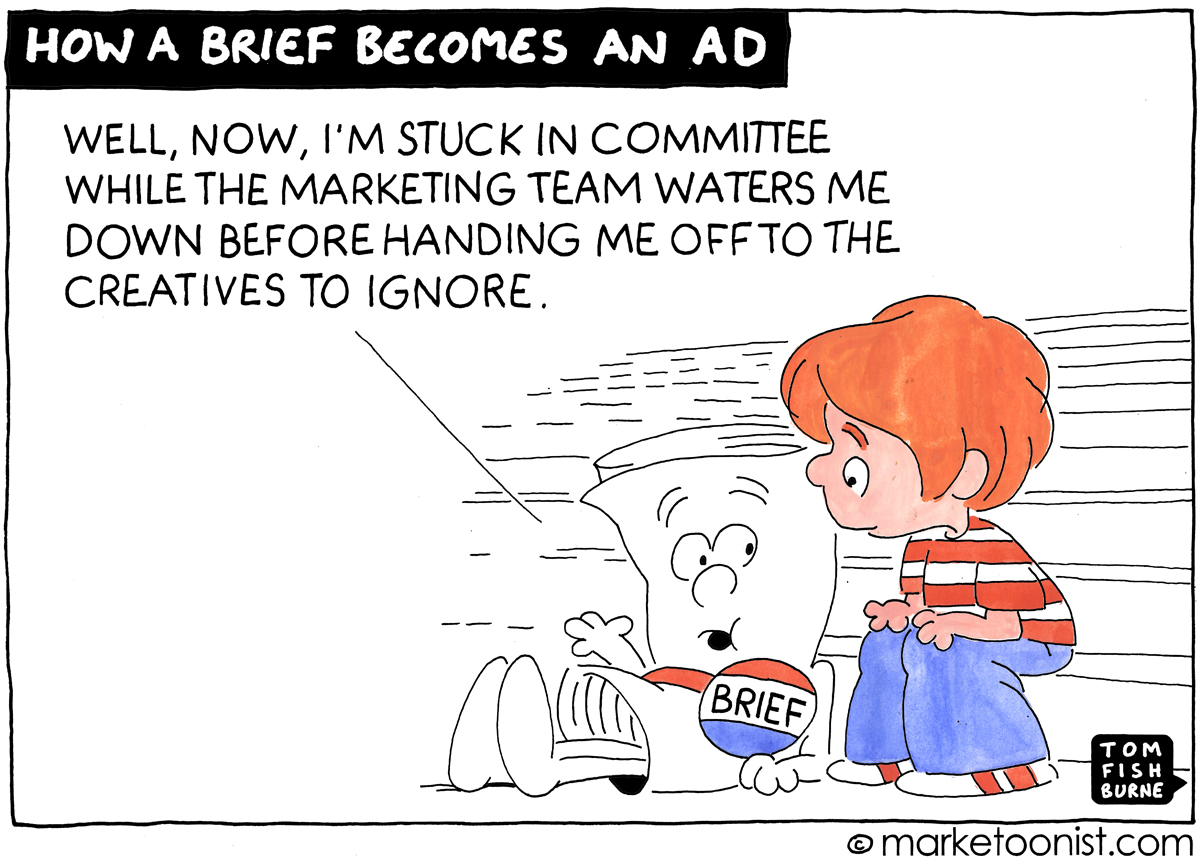 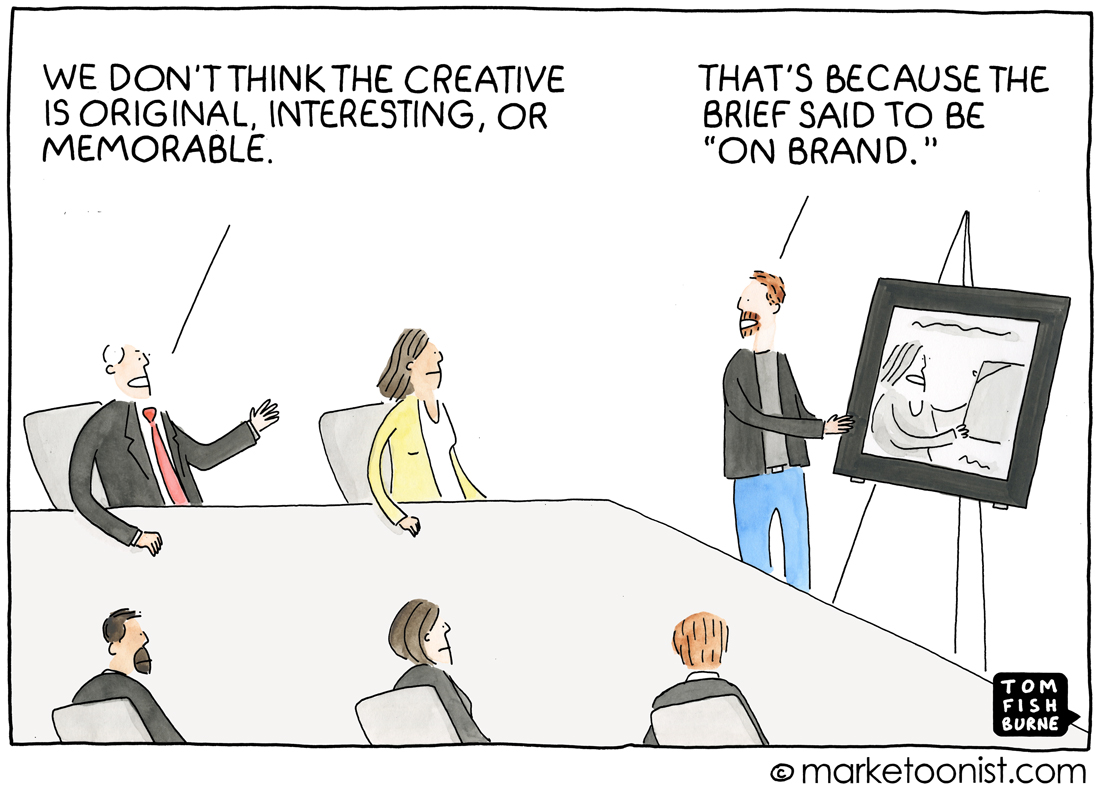 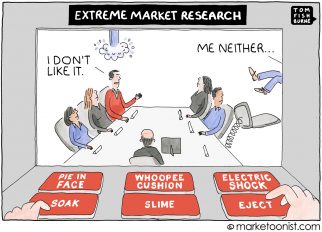 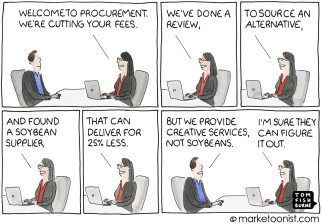