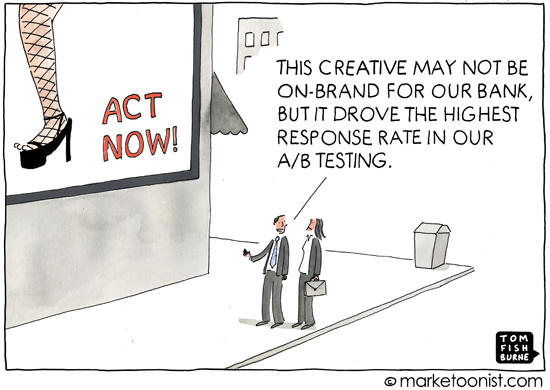 The rise of A/B testing has transformed marketing. Marketers can now instantly test and adapt messaging based on live data. A change in something as minor as the color of a call-to-action button can lead to performance improvements though the whole marketing funnel.

Yet sometimes marketers follow the data blindly. Sometimes the data cart can lead the creative horse. This can cause friction in the creative process between the “Mad Men” and the “Math Men”.

Google has a clever acronym for how most companies make decisions — listening to the “HiPPO” (Highest Paid Person’s Opinion). We now have data to clearly prove the most effective approach. There’s a movement to expand the role of A/B testing far beyond its roots in direct response to brand-building marketing.

A few year’s ago, one of Google’s first designers left Google and shared some of his frustrations about relying too much on data in the creative process.

“Reduce each decision to a simple logic problem. Remove all subjectivity and just look at the data. Data in your favor? Ok, launch it. Data shows negative effects? Back to the drawing board. And that data eventually becomes a crutch for every decision, paralyzing the company and preventing it from making any daring design decisions.”

“Yes, it’s true that a team at Google couldn’t decide between two blues, so they’re testing 41 shades between each blue to see which one performs better. I had a recent debate over whether a border should be 3, 4 or 5 pixels wide, and was asked to prove my case. I can’t operate in an environment like that. I’ve grown tired of debating such minuscule design decisions. There are more exciting design problems in this world to tackle …

“I won’t miss a design philosophy that lives or dies strictly by the sword of data.”

Marketers today clearly have to be data-driven. But I think we also need to be creative-driven. We need to appreciate the role of big ideas and creative intuition.

Marketers today need to be both “Mad Men” and “Math Men”. 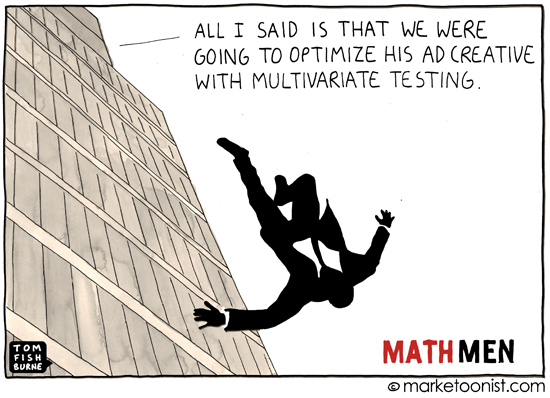 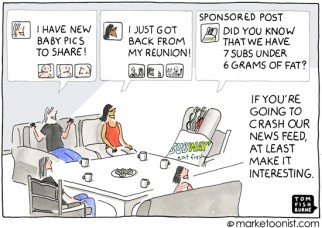 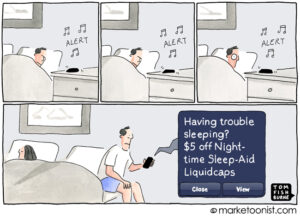