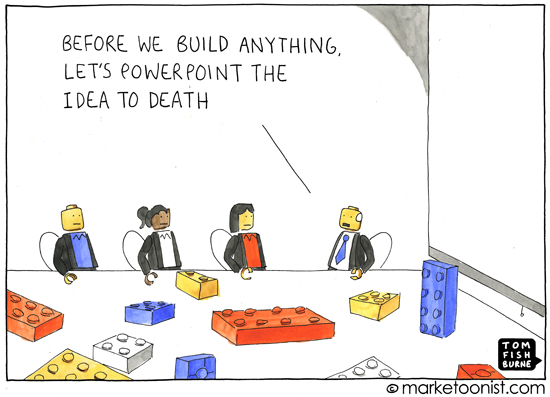 We all know the IDEO maxim, “Fail Faster, Succeed Sooner”. Rapid prototyping is a key principle of successful innovation. The sooner we make prototypes, the sooner we figure out what works, what doesn’t, and what to make in the next prototype.

Yet marketers are quicker to PowerPoint than to prototype. We spend more time on two-by-two matrixes and venn diagrams talking about ideas than actually making ideas happen.

I gave a talk last week that included a workshop on bringing ideas to life through doodling (video here). I talked about doodling as the simplest form of prototyping, a medium that anyone on a project team can use.

Marketers are sometimes hesitant to create prototypes, often leaving that job to engineers and designers. Yet everyone on a project team should contribute prototypes. Prototypes are the best way to investigate and share ideas. 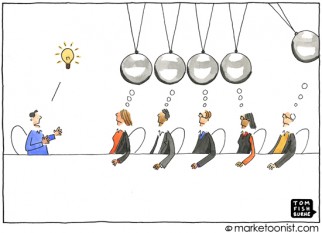 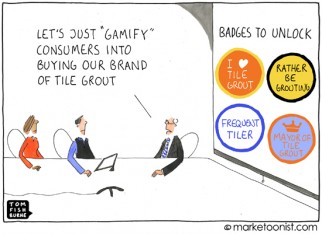