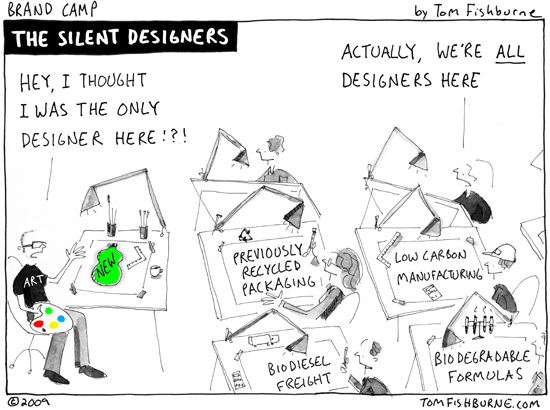 My friend Adam at method asked if I could contribute a cartoon to a post he wrote for TreeHugger this week called “For design to create change, we must all become designers.”

When talking about the post, he introduced me to the concept of “Silent Design”, an expression coined in the late 80’s by Peter Gorb and Angela Dumas in a London Business School paper:

“A great deal of design activity goes on in organizations which is not called design. It is carried out by individuals who are not called designers and who would not consider themselves to be designers. We have called this ‘silent design’.”

I like this broader, more holistic definition of design. Innovation is the output of such a diverse cast of characters, all of whom have the ability to impact the experience of a product and the role of that product in the world.

As an example, here’s a photo of Adam and some of the gang at method, standing in front of method’s first post-consumer recycled plastic resin silo a few years ago. This silo lets method make new bottles entirely from plastic that has already been recycled. 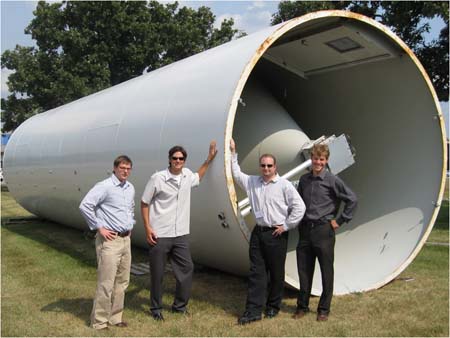 None of these guys would consider themselves designers in the traditional sense (we like to tease Drummond for wearing a black belt with brown shoes for the picture). Yet, the fact that we can use 100% previously recycled plastic is very much a part of our design. Design is so much broader than bottle shapes or font treatments.

I think that businesses sometimes forget the essential holistic role of design.  Design can become marginalized to superficial window-dressing outsourced to agencies. Instead, it’s empowering to think of the silent design activity as Design with a capital D. And that everyone in the organization can and should think of themselves as designers.

As a coincidence, I’m traveling late this week with Adam to remote Wales for an event called the DO Lectures, put on by howies, a brand that certainly thinks this way. They invited Adam to give a talk about business as an agent of change. Empowering the “silent designers” is a key ingredient. 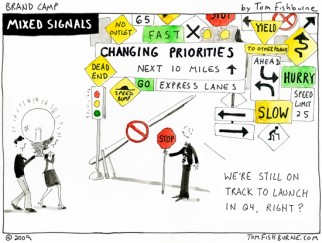 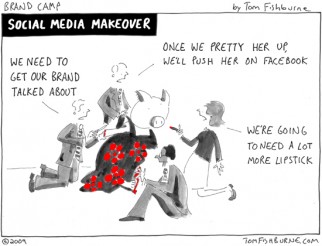